Torda may refer to:

Turda is a city in Cluj County, Romania, situated on the Arieș River.

The Decree of Turda was a decree by Louis I Anjou of Hungary.

The Edict of Torda was a decree that authorized local communities to freely elect their preachers in the "eastern Hungarian Kingdom" of John Sigismund Zápolya. The delegates of the Three Nations of Transylvania – the Hungarian nobles, Transylvanian Saxons, and Székelys – adopted it at the request of the monarch's Antitrinitarian court preacher, Ferenc Dávid, in Torda on 28 January 1568. Though it did not acknowledge an individual's right to religious freedom, in sanctioning the existence of a radical Christian religion in a European state, the decree was an unprecedented act of religious tolerance.

Torda-Aranyos was an administrative county (comitatus) of the Kingdom of Hungary. Its territory is now in central Romania. The capital of the county was Torda.

Žitište is a town and municipality located in the Central Banat District of the autonomous province of Vojvodina, Serbia. The town has a population of 2,898, while Žitište municipality has 16,786 inhabitants.

Međa is a village located in the Žitište municipality, in the Central Banat District of Serbia. It is situated in the Autonomous Province of Vojvodina. The village has a Serb ethnic majority (88.65%) and its population numbering 1,155 people.

Ion Rațiu was a Romanian politician and the presidential candidate of the Christian Democratic National Peasants' Party (PNȚ) in the 1990 elections, in which he ranked third with 4.29% of the vote.

Darda is a village and a municipality just north of Osijek, Croatia. It is located across the Drava river in Baranja. The population of the village is 5,323, with a total of 6,908 people in the municipality.

Étienne Hajdú was a Hungarian-born French sculptor of Jewish descent. After emigration to Paris in the 1930s, he became part of the Hungarian circle of artists and writers. He fought in the French Resistance during World War II. 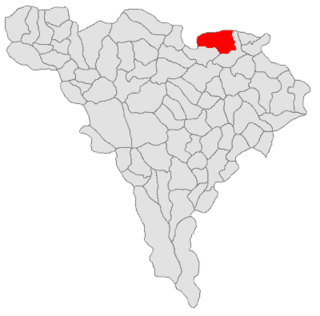 Alexandru Papiu-Ilarian was a Romanian revolutionary, lawyer and historian.

Torda is a village in Serbia. It is situated in the Žitište municipality, in the Central Banat District, Vojvodina province. The village has a Hungarian ethnic majority (86.56%) and its population numbering 1,771 people. The village was settled in 1789 by the Pejačević family.

Banatsko Višnjićevo is a village in Serbia. It is situated in the Žitište municipality, in the Central Banat District, Vojvodina province. The village has a Serb ethnic majority (94.27%) and its population was 384 as of the 2002 census.

Corunca is a commune in Mureș County, Romania. It lies in the,heart of Transilvania. 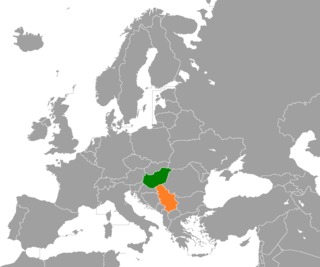 Below is a list of Romanian language exonyms for towns and villages in the Vojvodina region of Serbia.

Torda County was a county in Transylvania between the 11th century and 1876.