A young person called traffic cadet (German Verkehrskadett, plural Verkehrskadetten) is someone who manages traffic circulations as a crossing guard at events. They may work alone, but sometimes, they are assisted by police officers or vice versa.

The Verkehrskadetten are the organization for youth of the Deutsche Verkehrswacht. They are joined by teenage traffic assistant, which assist the local police, the Code enforcement or the organizing committee at any kind of event.

In laws, Verkehrskadetten are called Verkehrshelfer (traffic assistant). The legal basis since 1942 is article 42 of the German Highway Code and sign 356 (left). Until 1992, the sign was called Schülerlotse (crossing guard).

The training's duration depends on the city. It varies from two weekends to up to five months. The candidates are educated in subjects as the German Highway Code, First aid, Roadside assistance, securing an accident site, and many other things.

The examination consists of a theoretical and a practical part.

The Verkehrskadetten are a part of the Verkehrswacht, but they are managed by themselves. The finance their equipment and vehicles from donations, sponsoring, and the earned money only.

Verkehrskadetten are mostly employed at large events, where they assist the traffic. They may secure pedestrian crossings or close roads for a bike race.

The Verkehrskadetten are also contact people for passersby and respond to their questions.

For rewarding the teens for their work, the Verkehrskadetten often organize leisure activities.

Cooperation between Verkehrskadetten of different cities

At really large events, Verkehrskadetten of different cities are assisting each other, for example at the North Rhine-Westphalia-Day, where more than 70 Verkehrskadetten are working together.

The Verkehrskadetten have various ranks, though there are differences between cities.

The most common rank order is:

In the Deutsche Verkehrswacht, there are Verkehrskadetten of the following parts of Germany:

The Verkehrskadetten of Lower Saxony are not members of the Deutsche Verkehrswacht.

In Switzerland, the education consists for example of transport services, parking, creating detours, usage of two-way radios, and First aid. The candidates are examined by officers of the local or cantonal Police Department.

In Switzerland, the Verkehrskadetten Departments are clubs referred to Article 60 etc. of the Swiss Civil Code. According to that, the Departments are independent. For little money, they can be hired by anyone. 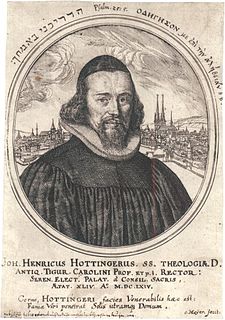 Johann Heinrich Hottinger was a Swiss philologist and theologian.

A crossing guard, a lollipop man/lady, crosswalk attendant (Australia) or school road patrol is a traffic management volunteer who is normally stationed on busy roadways to aid pedestrians. Often associated with elementary school children, crossing guards stop the flow of traffic so pedestrians may cross an intersection. Crossing guards are known by a variety of names, the most widely used in the United Kingdom, Ireland and Australia being "lollipop lady/man", a reference to the large signs used that resemble lollipops. The verb is lollipopping, which can also be used for road works.

The Zurich Chamber Orchestra is a Swiss chamber orchestra based in Zurich. The ZKO's principal concert venue in Zurich is the Tonhalle. The ZKO also performs in Zurich at the Schauspielhaus Zürich, the ZKO-Haus in the Seefeld quarter of the city, and such churches as the Fraumünster and the Kirche St. Peter. The ZKO presents approximately 40 performances in Zurich each year, in addition to approximately 40 children's concerts and performances elsewhere in Switzerland and abroad. In the 2016-2017, season the total number of concerts was151, a record for the ZKO. 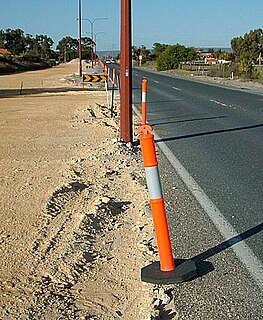 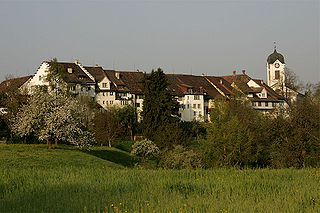 Grüningen is a town and municipality in the district of Hinwil in the canton of Zürich in Switzerland, notable for its well-preserved historic nucleus.

The European Metropolitan Region of Zurich (EMRZ), also Greater Zurich Area, the metropolitan area surrounding Zurich, is one of Europe’s economically strongest areas and Switzerland’s economic centre. It comprises the area that can be reached within a roughly 80-minute drive from Zurich Airport. Home to many international companies, it includes most of the Canton of Zurich, and stretches as far as the Aargau and Solothurn in the west, Thurgau, St. Gallen and parts of Grisons in the east, Schaffhausen in the north and Zug and parts of Schwyz and Glarus in the south. Roughly three million people live in the area.

Law enforcement in Liechtenstein is handled solely by the small Liechtenstein National Police Force (Landespolizei), composed of 91 officers and 34 civilian staff, a total of 125 employees, who police the 160 km² doubly landlocked alpine country in Western-Central Europe. Bordered by Switzerland to its west, and Austria to its east, Liechtenstein maintains a trilateral treaty which enables close cross-border cooperation between the police forces of the three countries; Liechtenstein is also a member of Interpol, and a signatory to a variety of other treaties.

Prostitution in Switzerland is legal and regulated; it has been legal since 1942. Trafficking, forcing people into prostitution and most forms of pimping are illegal. Licensed brothels, typically with a reception and leading to several studio apartments, are available. One estimate puts the number of street sex workers in Zurich at 5000.

The Zurich University of Applied Sciences is a governing body composed of four separate universities. It is located in the city of Winterthur, with facilities in Zurich and Wädenswil, is the second largest University in Switzerland after the University of Zurich.

Stefan Haenni is a Swiss painter and a crime novel writer.

Zürich or Zurich is the largest city in Switzerland and the capital of the canton of Zürich. It is located in north-central Switzerland at the northwestern tip of Lake Zürich. The municipality has approximately 409,000 inhabitants, the urban agglomeration 1.315 million and the Zürich metropolitan area 1.83 million. Zürich is a hub for railways, roads, and air traffic. Both Zurich Airport and railway station are the largest and busiest in the country.

The border between the modern states of Germany and Switzerland extends to 362 kilometres (225 mi), mostly following the High Rhine between Lake Constance and Basel.

Harold Kreis is a German-Canadian ice hockey coach and a former professional player. He is a member of the German ice hockey hall of fame.