Triskelion is a motif consisting of three interlocked spirals

Triskelion or Triskellion may also refer to:

This disambiguation page lists articles associated with the title Triskelion.
If an internal link led you here, you may wish to change the link to point directly to the intended article.

A rogue is a person or entity that flouts accepted norms of behavior.

Grandmaster or Grand Master may refer to:

Hood may refer to:

The Order may refer to:

Lodge is originally a term for a relatively small building, often associated with a larger one.

Lito Mayo was a Filipino graphic artist, print-maker, avantegarde poet, social activist, sculptor, satirist, and art professor. His prolific career was brief; it lasted only a mere decade. He was one of the active young artists who experimented, collaborated, and exhibited art works in the thriving hubs of modernist and contemporary galleries and art associations in Ermita District of Manila. He was also credited by his peers and art writers as the "Original Punk" of Philippine Arts.

Moonstone may refer to:

Shape is the characteristic surface configuration of a thing; an outline or contour.

LLL may stand for:

Tau Gamma Phi (ΤΓΦ), also known as 'Triskelions’ Grand Fraternity', is a fraternity established in the Philippines. Its members call themselves Triskelion.

A piranha, or piraña, is a carnivorous freshwater fish. Piranha or Pirana may also refer to:

Dawg or DAWG may refer to:

Clone Wars may refer to:

The Triskelion is a fictional headquarters used by S.H.I.E.L.D., an organization appearing in comic books published by the American publisher Marvel Comics. A feature of the Ultimate Marvel universe, the building first appeared in The Ultimates #3. 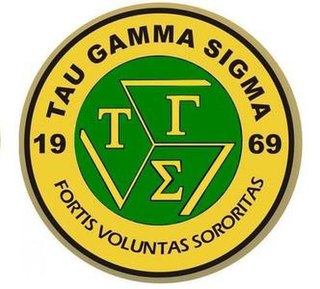 Tau Gamma Sigma (ΤΓΣ) also known as the Triskelions' Grand Sorority, is a sorority established in the Philippines. Its members call themselves Lady Triskelions. The Sorority encourages its members to strive for spiritual growth and to organize socio-civic activities for the benefit of communities. It is now one of the largest and most dynamic sororities in the Philippines. It's counterpart is called Tau Gamma Phi (ΤΓΦ) also known as the Triskelions' Grand Fraternity.

Titania may refer to:

The DC Universe is the fictional universe that serves as a setting for DC Comics stories, for most of the interlinked mainstream DC comics.

Monica Chang-Fury is a fictional character appearing in comics published by Marvel Comics. She is a character of the Ultimate Marvel universe and formerly married to Nick Fury. She has served as the Director of S.H.I.E.L.D., the Marvel Universe spy agency, being one of only four women who has served in the position.