Last updated May 01, 2020
This article is about the sports company. For other uses, see Tristar.

Rosenberg promoted his first trade show in 1987, forming Tristar Productions, Inc. in the process. [1] Since then, Tristar has continued to promote events, and has produced and participated in the National Sports Collectors Convention. [2] [3] During events Tristar will host booths where current and retired Major League Baseball, National Basketball Association, National Football League players and professional wrestlers will hold autograph signings. [3] [4] The autographed sports memorabilia is also distributed outside of trade shows.

In March 2008, Tristar acquired an exclusive license deal from Total Nonstop Action Wrestling to produce and distribute TNA trading cards and memorabilia. [11] Tristar has produced TNA cards, as well as TNA autographed and memorabilia cards, from 2008 to 2010.

The term sports memorabilia usually refers to a souvenir, memento, keepsake or token of remembrance that is directly connected to a famous athlete, sporting event or personality. These items are generally collected by fans that find sentimental and/ or monetary value of the item(s). There is no set parameter regarding the number of items, type of sport, or even the era that an item may reflect. A piece of a certain kind may be considered a collectable item.

A trading card is a small card, usually made out of paperboard or thick paper, which usually contains an image of a certain person, place or thing and a short description of the picture, along with other text. There is a wide variation of different types of cards. Modern cards even go as far as to include swatches of game worn memorabilia, autographs, and even DNA hair samples of their subjects. 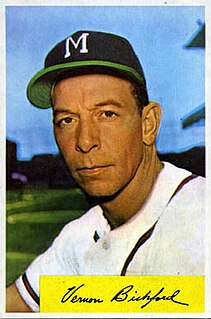 A baseball card is a type of trading card relating to baseball, usually printed on cardboard, silk, or plastic. These cards feature one or more baseball players, teams, stadiums, or celebrities. Baseball cards are most often found in the U.S. mainland but are also common in Puerto Rico or countries such as Canada, Cuba and Japan, where top-level leagues are present with a substantial fan base to support them. Some notable baseball card producing companies include Topps, Upper Deck Company, and Panini Group. Previous manufacturers include Fleer, Bowman, and Donruss. Baseball card production peaked in the late 1980s and many collectors left the hobby disenchanted after the 1994-95 MLB strike. However, baseball cards are still one of the most influential collectibles of all time. A T206 Honus Wagner was sold for $2.8 million in 2007.

The Topps Company, Inc. is an American company that manufactures chewing gum, candy, and collectibles. Based in New York City, Topps is best known as a leading producer of American football, baseball, basketball, ice hockey, soccer, and other sports and non-sports themed trading cards.

The Fleer Corporation, founded by Frank H. Fleer in 1885, was the first company to successfully manufacture bubble gum; it remained a family-owned enterprise until 1989. 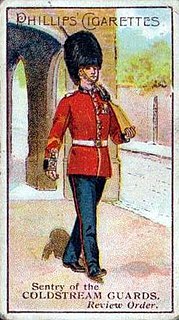 Donruss was a manufacturer of sports cards founded in 1954 and acquired by the Panini Group in 2009. The company started in the 1950s, producing confectionery, evolved into Donruss and started producing trading cards. During the 1960s and 1970s Donruss produced entertainment-themed trading cards. Its first sports theme cards were produced in 1965, when it created a series of racing cards sponsored by Hot Rod Magazine. 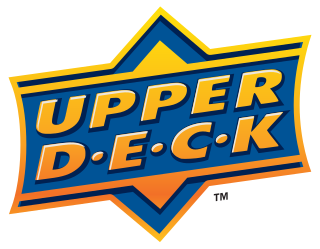 In The Game (ITG) was a sports card manufacturing company founded by Brian H. Price in 1998 with its head office in the United States and an office in Canada. The company mainly produced ice hockey trading cards. In 2014 the right to use the "In The Game" name was transferred to Leaf Trading Cards in Dallas, Texas.

The Bowman Gum Company was a Philadelphia-based manufacturer of bubble gum and trading cards in the period surrounding World War II. It was founded by Jacob Warren Bowman in 1927.

Bravo 2 was a British television channel that originally launched as Player on 2 March 2006. It was originally a spin-off of Challenge. On 28 September 2006, Player was rebranded as Bravo 2, and became a sister channel of Bravo.

An American football card is a type of collectible trading card typically printed on paper stock or card stock that features one or more American football players or other related sports figures. These cards are most often found in the United States and other countries where the sport is popular.

A rookie card is a trading card that is the first to feature an athlete after that athlete has participated in the highest level of competition within his or her sport. Collectors may value these first appearances more than subsequent card issues. Athletes are often commemorated on trading cards which are highly collected based on the popularity of the athlete. Prices for rookie cards fluctuate based on consumer interest, supply and demand and other factors.

Beckett Media is a media company that specializes in coverage of sports card and sports memorabilia markets. The company was founded in 1984 by James Beckett as Beckett Publications.

Leaf Trading Cards, founded in 2010, is a private company that produces trading cards and sports collectibles. Based in Dallas, Texas, it was best known as a producer of sports cards and other lithographic products.

The Major League Baseball Authentication Program, or MLB Authentication Program, is a program run by Major League Baseball Properties, the product licensing arm of Major League Baseball, to guarantee the authenticity of baseball merchandise and memorabilia. The centerpiece of the system is a tamper-resistant security tape (sticker) with an embedded hologram. Each sticker carries a unique alphanumeric code. The sticker is affixed to all game-used merchandise and memorabilia, while information about the item is entered into a computer database. Between 500,000 and 600,000 items are authenticated each season.