The business area Consulting offers technical consulting and specialist services in both hardware and software development. Some areas of expertise of the Consulting department are within Embedded systems, Wireless technologies, Computer Networks, Hardware Certification and Project management.

The business area Solutions covers all the stages in a Product Lifecycle Management, including product development, manufacturing, support services and maintenance.

Since 2013 Tritech is a valueadding reseller of COTS (Commercial off-the-shelf) and have signed partnership agreements with Congatec AG, [1] Innodisk, AAEON, Portwell and MEN. 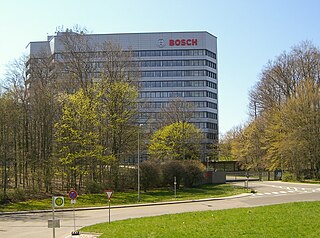 Robert Bosch GmbH, or Bosch, is a German multinational engineering and technology company headquartered in Gerlingen, near Stuttgart, Germany. The company was founded by Robert Bosch in Stuttgart in 1886. Bosch is 92% owned by Robert Bosch Stiftung, a charitable institution.

Infineon Technologies AG is a German semiconductor manufacturer founded in 1999, when the semiconductor operations of the parent company Siemens AG were spun off. Infineon has about 41,000 employees. In fiscal year 2019, the company achieved sales of €8.0 billion.

Telit is an Internet of Things (IoT) and Machine to Machine (M2M) communications company headquartered in London, UK. It is a public company listed on AIM with main operation in Trieste, Italy. 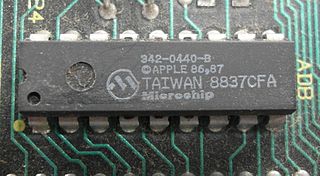 Siemens Communications was the communications and information business arm of German industrial conglomerate Siemens AG, until 2006. It was the largest division of Siemens, and had two business units – Mobile Networks and Fixed Networks; and Enterprise.

The S&T group of enterprises is an IT consulting, solutions and services provider with its head office in Linz, Austria.

The Sartorius group is an international pharmaceutical and laboratory equipment supplier, covering the segments of Bioprocess Solutions and Lab Products & Services.

Silicon Laboratories, Inc. is a fabless global technology company that designs and manufactures semiconductors, other silicon devices and software, which it sells to electronics design engineers and manufacturers in Internet of Things (IoT) infrastructure, industrial automation, consumer and automotive markets worldwide.

RacoWireless is a provider of wireless products and services focusing on the machine to machine (M2M) industry. The company delivers wireless data and provides a platform for companies to build and support wireless M2M applications.

Mistral Solutions Pvt. Ltd. is a privately held product design and systems engineering company with focus in the embedded domain. Founded in 1997, Mistral is headquartered in Bengaluru, India with regional offices in Delhi and Hyderabad. The company's US subsidiary, Mistral Solutions Inc., has its headquarters in Santa Clara, California with a regional office in Dallas, Texas. The company offers end-to-end services for embedded design and development in two domains: Product Engineering Services and Defense Solutions.

Associated Industries China, Inc., known as AG Neovo, is a Taiwan-based multinational computer hardware and electronics company headquartered in Nangang District, Taipei, Taiwan. Main products include Computer monitor, digital signage, commercial display, large format display, surveillance display, and healthcare displays.
The company was established on May 18, 1978, engaged in steel Intermodal container. In 1999, it transitioned its business direction to the development of the electronic technology industry. In October of the same year, the company launched its owned brand - AG Neovo, with branch offices that cover Europe, Asia, and North America. Its digital photo frame, desktop computer monitor were once awarded by IF Product Design Award and Taiwan Excellence Awards.