Trix may refer to:

Entertainment and the arts

This disambiguation page lists articles associated with the title Trix.
If an internal link led you here, you may wish to change the link to point directly to the intended article.

Ajax may refer to:

The giant panda is a bear from the family Ursidae.

A moving average is a calculation to analyze data points by creating a series of averages of different subsets of the full data set. 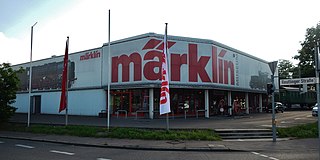 Winx Club is an animated series co-produced by Rainbow SpA and later Nickelodeon. It was created by Iginio Straffi. The show is set in a magical universe that is inhabited by fairies, witches, and other mythical creatures. The main character is a fairy warrior named Bloom, who enrolls at Alfea College to train and hone her skills. The series uses a serial format that has an ongoing storyline. It premiered on 28 January 2004, becoming a ratings success in Italy and on Nickelodeon networks internationally.

The zenith is the point in the sky that appears directly above the observer.

X is the 24th letter of the Latin alphabet.

Fram may refer to:

Noritsu Koki Co., Ltd. is a holding company and former photo processing machine manufacturer based in Tokyo, Japan. In Japan it also makes and sells other products such as brush pen tips through its subsidiaries. It is the owner of AlphaTheta Corporation which owns the Pioneer DJ brand. It should not be confused with Noritsu Precision, a former division of Noritsu Koki that manufactured its minilabs, was sold off and is now an independent company. Noritsu America Corporation is a division of Noritsu Precision that is also in the medical equipment business.

The first season of the animated series Winx Club aired from 28 January to 26 March 2004, consisting of 26 episodes. The series was created by Iginio Straffi, who also acted as executive producer and director of the season.

Flora is a feminine given name. Notable people with the name include:

Stella is a female given name of Latin and Italian origin, meaning "star". 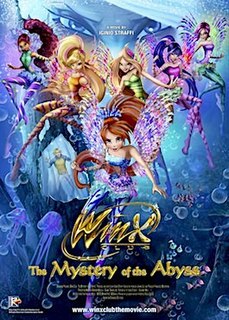 Winx Club: The Mystery of the Abyss is a 2014 Italian computer-animated film based on the television series Winx Club. It is the third film based on the show, following 2007's The Secret of the Lost Kingdom and 2010's Magical Adventure. It was directed and produced by series creator Iginio Straffi, who also co-wrote the film with Giovanni Masi.

Joseph Benjamin Harris III was an American illustrator and storyboard artist. He is best known for creating the Trix Rabbit, the cartoon mascot for General Mills' Trix breakfast cereal, who debuted in 1959. He also penned the Trix rabbit's memorable commercial tagline, "Silly rabbit! Trix are for kids", which is still utilized in General Mills' advertising campaign, as of 2017. Additionally, in 1959 Harris, Chet Stover, and W. Watts Biggers co-founded Total Television, which produced Saturday morning cartoons. Harris created some of Total Television's best known characters and series, including King Leonardo and His Short Subjects (1960–1963), Klondike Kat (1963–1965), and Tennessee Tuxedo and His Tales (1963–1966). His best known character creation aside from the Trix Rabbit was Underdog, the canine star of the animated series, Underdog, from 1964 to 1967.