Troels Lyby (born 15 October 1966) is a Danish actor. He made his big break in Hella Joof's film En kort en lang , but had previously acted in Let's Get Lost by Jonas Elmer and Lars von Trier's The Idiots . Since then, he has been in Okay and Jul i Valhal .

He has also played many roles in different theatres, including at the Gasolin' teaterkoncert  [ da ]. 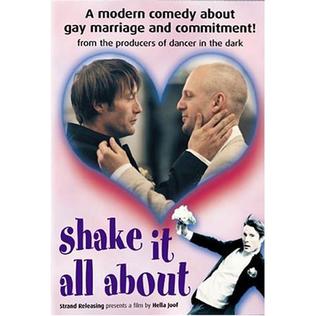 Shake It All About is a 2001 Danish comedy-drama directed by Hella Joof. It was entered into the 24th Moscow International Film Festival. 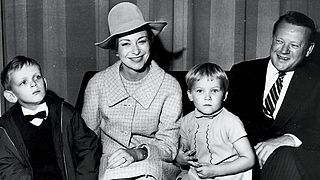 Bodil Jørgensen is a Danish film actress. She has appeared in 40 films since 1992. She starred in The Idiots, which was entered into the 1998 Cannes Film Festival. On 18 June 2014, Jørgensen was severely injured while shooting for the film Far til fires vilde ferie on the island of Mandø. She fell off a tractor she was riding in the scene being filmed, and was crushed by it. Severe injuries to her ribs, pelvis and internal organs ensued, but she survived the accident. 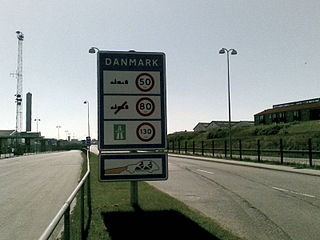 Ellen Gunilla Hillingsø is a Danish actress who is known primarily for her work in films. She is also a voice actress, narrating audio books.

Mads Christensen or Mads Barner-Christensen (b. 1965) is a Danish comedian, author and public speaker, known for conservative and masculine themes. He is a former army officer from the Royal Life Guards, and has been a lifestyle and fashion editor of the magazine Euroman.

Andreas Bruus is a Danish professional footballer who plays as a wing-back for Danish Superliga club Brøndby IF. He has also represented Denmark since under-16 level.

Troels Kløvedal was a Danish author, long-distance sailor and lecturer based in Ebeltoft, Denmark. He and his family are known for their circumnavigation of earth in the steel galleass Nordkaperen, which he and two friends bought in 1967.