TroopTube was an online video site from the U.S. military via their organization Military OneSource, to help military families connect and keep in touch while miles apart. TroopTube allowed people to register as members of one of the branches of the armed forces, family, civilian Defense Department employees or supporters. Members could upload personal videos from anywhere with an Internet connection. The videos were reviewed for content based on the terms of service before being posted to the site.

In May, 2009, TroopTube was recognized by the White House office of New Media [1] as an innovative way for people to connect with troops, and was featured in a video produced by the White House. While access to TroopTube is blocked at some military bases, [2] it was accessible via many other military bases and available to military families around the world. The site was based on technology developed by Delve Networks.

On July 31, 2011, The Department of Defense, Office of the Secretary of Defense closed the TroopTube web site citing declining usage [3] as a result of the DoD's Social Media policy implemented in February 2010, permitting wider access to social media and video sharing websites.

Telecommunications in Rwanda include radio, television, fixed and mobile telephones, and the Internet. 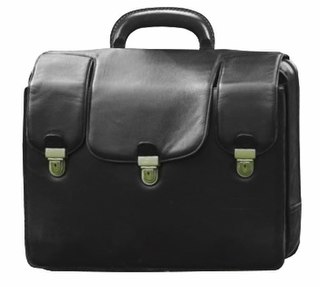 The nuclear football is a briefcase, the contents of which are to be used by the President of the United States to authorize a nuclear attack while away from fixed command centers, such as the White House Situation Room. It functions as a mobile hub in the strategic defense system of the United States. It is held by an aide-de-camp.

The social web is a set of social relations that link people through the World Wide Web. The social web encompasses how websites and software are designed and developed in order to support and foster social interaction. These online social interactions form the basis of much online activity including online shopping, education, gaming and social networking websites. The social aspect of Web 2.0 communication has been to facilitate interaction between people with similar tastes. These tastes vary depending on who the target audience is, and what they are looking for. For individuals working in the public relation department, the job is consistently changing and the impact is coming from the social web. The influence, held by the social network is large and ever changing.

A staging area is a location where organisms, people, vehicles, equipment, or material are assembled before use. It may refer to:

YouTube is an American online video-sharing platform headquartered in San Bruno, California. Three former PayPal employees—Chad Hurley, Steve Chen, and Jawed Karim—created the service in February 2005. Google bought the site in November 2006 for US$1.65 billion; YouTube now operates as one of Google's subsidiaries.

Internet censorship in Pakistan is government control of information sent and received using the Internet in Pakistan.

Sharon Weinberger is an American journalist and writer on defense and security issues. She is a Carnegie/Newhouse School Legal Reporting Fellow where her "project will examine a legally murky intersection between ethics and fraud in military contracting". Starting in Autumn, 2009 she became an International Reporting Project fellow at the Johns Hopkins University School of Advanced International Studies (SAIS). 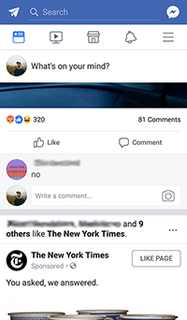 Stickam was a live-streaming video website that launched in 2005. Stickam featured user-submitted pictures, audio, video, and most prominently, live streaming video chat. The site quickly expanded to include live shows and produced content from MTV, G4 TV, CBS Radio, NATPE, CES, and many others, as well as live performances and shows with numerous musicians and celebrities.

Criticism of Google includes concern for tax avoidance, misuse and manipulation of search results, its use of others' intellectual property, concerns that its compilation of data may violate people's privacy and collaboration with Google Earth by the military to spy on users, censorship of search results and content, and the energy consumption of its servers as well as concerns over traditional business issues such as monopoly, restraint of trade, antitrust, "idea borrowing", and being an "Ideological Echo Chamber".

Internet censorship is the control or suppression of what can be accessed, published, or viewed on the Internet enacted by regulators, or on their own initiative. Individuals and organizations may engage in self-censorship for moral, religious, or business reasons, to conform to societal norms, due to intimidation, or out of fear of legal or other consequences.

Internet censorship in Morocco was listed as selective in the social, conflict/security, and Internet tools areas and as no evidence in the political area by the OpenNet Initiative (ONI) in August 2009. Freedom House listed Morocco's "Internet Freedom Status" as "Partly Free" in its 2018 Freedom on the Net report. 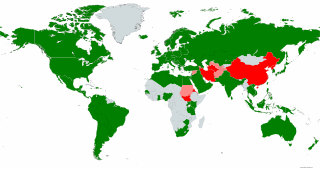 Video-sharing platform YouTube is the second-most popular website as of August 2019, according to Alexa Internet. According to the company's press page, YouTube has more than one billion users, and each day, those users watch more than one billion hours of video. Censorship of it has occurred and continues to occur in some countries throughout the world.

A mockbuster is a movie created with the intention of exploiting the publicity of another major motion picture with a similar title or subject. Mockbusters are often made with a low budget and quick production to maximize profit. Unlike films that are produced to capitalize on the popularity of a recent release by adopting similar genre or storytelling elements, mockbusters are generally produced concurrently with upcoming films, and released direct-to-video at the same time the real film reaches theaters or video outlets. A mockbuster may be similar enough in title, packaging, etc. in hopes that consumers confuse it with the actual film it mimics, but their producers maintain that they are simply offering additional products for consumers who want to watch additional films in the same subgenres.

Boxee was a cross-platform freeware HTPC software application with a 10-foot user interface and social networking features designed for the living-room TV that enables its users to view, rate and recommend content to their friends through many social network services and interactive media related features. Boxee was originally a fork of the free and open source XBMC media center software which Boxee used as an application framework for its GUI and media player core platform, together with some custom and proprietary additions.

An Internet celebrity is a celebrity who has acquired or developed their fame and notability through the Internet. The rise of social media has helped people increase their outreach to a global audience. Internet celebrities may be recruited by companies for influencer marketing to advertise products to their fans and followers on their platforms. Internet celebrities often function as lifestyle gurus who promote a particular lifestyle or attitude. In this role, they may be crucial influencers or multipliers for trends in genres including fashion, technology, video games, politics, and entertainment.

Randy Phillips is an airman of the United States Air Force whose coming out in September 2011 following the repeal of the "Don't ask, don't tell" policy (DADT) garnered media attention. DADT had banned the service of openly gay members in the United States Armed Forces and Phillips used YouTube, under the alias "AreYouSuprised", to anonymously seek support and to document his life under the policy over several months. His videos included his coming out to his father and mother, which coincided with Phillips showing his face for the first time, and the accidental discovery of his anonymous web presence by his co-workers.

milSuite is a collection of online applications focused on improving the methods of secure collaboration for the United States Department of Defense. The effort is produced by the U.S. Army Program Executive Office for Command, Control and Communications-Tactical's MilTech Solutions office with the online suite consisting of five primary applications: milBook, milWiki, milTube, milUniversity and milSurvey.