Troy Carter may refer to:

December 15 is the 349th day of the year in the Gregorian calendar. 16 days remain until the end of the year.

December 11 is the 345th day of the year in the Gregorian calendar. 20 days remain until the end of the year.

December 19 is the 353rd day of the year in the Gregorian calendar. 12 days remain until the end of the year.

James, Jim, or Jimmy Carter may also refer to:

A talent manager is an individual who guides the professional career of artists in the entertainment industry. The responsibility of the talent manager is to oversee the day-to-day business affairs of an artist; advise and counsel talent concerning professional matters, long-term plans and personal decisions which may affect their career.

The Great Buck Howard is a 2008 American comedy-drama film directed by Sean McGinly that stars Colin Hanks and John Malkovich. Tom Hanks also appears as the father of his real-life son's character. The character Buck Howard is inspired by the mentalist The Amazing Kreskin, whose popularity was at its height in the 1970s. The film premiered at the 2008 Sundance Film Festival on January 18, 2008. It is the first Walden Media film to be distributed by Magnolia Pictures.

Roy is a masculine given name and a family surname with varied origin. In Anglo-Norman England, the name derived from the Norman roy, meaning "king", while its Old French cognate, rey or roy, likewise gave rise to Roy as a variant in the Francophone world. In India, Roy is a variant of the surname Rai, likewise meaning "king". It also arose independently in Scotland, an anglicisation from the Scottish Gaelic nickname ruadh, meaning "red".

Carter is a family name, and also may be a given name. Carter is of Irish, Scottish and English origin and is an occupational name given to one who transports goods by cart or wagon ultimately of Irish and Celtic derivation and an Irish reduced form of the name McCarter or the Scottish-Gaelic Mac Artair with Mc meaning son of and its appearance and pronunciation as Carter being the Anglicized form of the Irish Mac Artúir. The name is related to the Gaelic word cairt meaning cart, and ultimately from the Latin carettarius. Additionally, in Gaelic, the word "cairtear", which means tourist or sojourner, is also related. It is the 44th most common surname in the United States, 56th most common in England, 428th most common in Ireland where it is found with greatest frequency in County Laois as the 70th most common surname, and 274th in Scotland.

André — sometimes transliterated as Andre — is the French and Portuguese form of the name Andrew, and is now also used in the English-speaking world. It is a variation of the Greek name Andreas, a short form of any of various compound names derived from andr- 'man, warrior'.

The surname Williamson was first found in Peebles, where this predominantly Scottish Clan held a family seat anciently, although their interests straddled the English Scottish border and they held territories as far south as Keswick in Cumberland.

Stark and Starke are German and English surnames; in the German language stark means "strong" or "powerful". Notable people with the surname include: 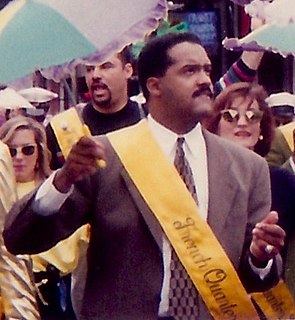 Troy Anthony Carter is an American politician serving as a member of the Louisiana State Senate for the 7th district. Carter formerly served on the New Orleans City Council.

Van Leeuwen is a Dutch toponymic surname meaning "from Leeuwen". In 2007, nearly 28,000 people in the Netherlands carried the name, making it the 18th most common name there.. There are two places named Leeuwen in Gelderland and two in Limburg. Considering the frequency of the name and the small size of these places, it has been speculated that people from the city of Leuven may have come to be called "van Leeuwen" as well. Although translated as "lions" in modern Dutch, the place name may be explained originating from Germanic hlaiw, meaning (burial) mound. The name appeared in records since the 13th-century in South Holland. People with this surname include:

Agnew is a surname. Notable people with the surname include:

Troy Carter is an American music manager who is the founder, chairman and CEO of Atom Factory, a talent management and full-service film and television production company. He was the global head of creator services at Spotify.

Cornelius is an originally Roman masculine name. Its derivation is uncertain but is suspected to be from the Latin cornu, "horn".

Brenda Joyce Carter is an American politician from Michigan. Carter is a Democratic member of Michigan House of Representatives from District 29.

Troy Alan Carter is an American plasma physicist and a professor at the University of California, Los Angeles. He was co-awarded the 2002 John Dawson Award for Excellence in Plasma Physics Research for his work on driven magnetic reconnection in a laboratory plasma.