Troy Alan Carter (born July 31, 1973) [1] is an American plasma physicist and a professor at the University of California, Los Angeles. [2] He was co-awarded the 2002 John Dawson Award for Excellence in Plasma Physics Research for his work on driven magnetic reconnection in a laboratory plasma. [3] [4]

Carter received a Bachelor of Science (B.S.) in physics and a B.S. in nuclear engineering from North Carolina State University in 1995. [5] He then received a Master of Arts and a Doctor of Philosophy in Astrophysical Sciences from Princeton University in 1997 and 2001 respectively, where he was supervised by Masaaki Yamada and Russell Kulsrud. [3] [6] [7] Upon graduation, Carter was awarded a Fusion Energy Postdoctoral Fellowship from the US Department of Energy and pursued his postdoctoral work at UCLA. [8]

In 2002, Carter became a faculty member at UCLA's Department of Physics and Astronomy. He was assistant professor until 2008 where he was promoted to associate professor, and was later promoted to full professor in 2011. [9] In 2016, he became the director of the Basic Plasma Science Facility and oversaw the renewal of the facility funding from the National Science Foundation. [10] [11] In 2017, he became a director of the Plasma Science and Technology Institute at UCLA. [12] [13]

In 2002, Carter was jointly awarded the John Dawson Award for Excellence in Plasma Physics Research with Hantao Ji, Masaaki Yamada and Scott Hsu for "the experimental investigation of driven magnetic reconnection in a laboratory plasma. In this work, careful diagnostic studies of the current sheet structure, dynamics and associated wave activity provide a comprehensive picture of the reconnection process." [3]

In 2014, Carter was inducted as a fellow of the American Physical Society. [14]

The Large Plasma Device is an experimental physics device located at UCLA. It is designed as a general purpose laboratory for experimental plasma physics research. The device began operation in 1991 and was upgraded in 2001 to its current version. The modern LAPD is operated as the primary device for a national user facility, the Basic Plasma Science Facility, which is supported by the US Department of Energy, Fusion Energy Sciences and the National Science Foundation. Half of the operation time of the device is available to scientists at other institutions and facilities who can compete for time through a yearly solicitation.

Eric Ronald Priest is Emeritus Professor at St Andrews University, where he previously held the Gregory Chair of Mathematics and a Bishop Wardlaw Professorship.

The James Clerk Maxwell Prize for Plasma Physics is an annual American Physical Society (APS) award that is given in recognition of outstanding contributions to the field of the Plasma Physics. It was established in 1975 by Maxwell Technologies, Inc, in honor of the Scottish physicist James Clerk Maxwell. It is currently sponsored by General Atomics. The prize includes a $10,000 USD monetary award and recognition at the annual American Physical Society Division of Plasma Physics conference.

John Myrick Dawson was an American computational physicist and the father of plasma-based acceleration techniques. Dawson earned his degrees in physics from the University of Maryland, College Park: a B.S. in 1952 and Ph.D. in 1957. His thesis "Distortion of Atoms and Molecules in Dense Media" was prepared under the guidance of Zaka Slawsky.

Liu Chen is an American theoretical physicist who has made original contributions to many aspects of plasma physics. He is known for the discoveries of kinetic Alfven waves, toroidal Alfven eigenmodes, and energetic particle modes; the theories of geomagnetic pulsations, Alfven wave heating, and fishbone oscillations, and the first formulation of nonlinear gyrokinetic equations. Chen retired from University of California, Irvine (UCI) in 2012, assuming the title Professor Emeritus of physics and astronomy.

Ronald Crosby Davidson was a Canadian physicist, professor, and scientific administrator who worked in the United States. He served as the first director of the MIT Plasma Science and Fusion Center from 1978 to 1988, and as director of the Princeton Plasma Physics Laboratory from 1991 to 1996. He had been Professor of Astrophysical Sciences at Princeton University since 1991.

Sir Steven Charles Cowley is a British theoretical physicist and international authority on nuclear fusion and astrophysical plasmas. He has served as director of the United States Department of Energy (DOE) Princeton Plasma Physics Laboratory (PPPL) since 1 July 2018. Previously he served as president of Corpus Christi College, Oxford, since October 2016. and head of the EURATOM / CCFE Fusion Association and chief executive officer of the United Kingdom Atomic Energy Authority (UKAEA).

Chandrashekhar "Chan" Janardan Joshi is an Indian-American experimental plasma physicist. He is known for his pioneering work in plasma-based particle acceleration techniques for which he won the 2006 James Clerk Maxwell Prize for Plasma Physics. 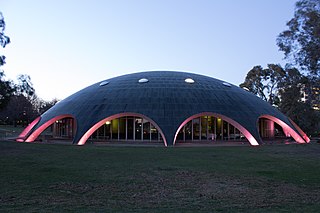 Ronald Gordon Giovanelli, DSc, FAA was an Australian solar researcher, astronomer and physicist, who contributed to the fields of astrophysics, solar physics, radiative transfer, and astronomical optics. His career spanned more than 40 years, commencing prior to World War II. Giovanelli was the recipient of the 1949 Edgeworth David Medal by the Royal Society of New South Wales for the discipline of astrophysics, which recognises distinguished contributions by scientists under the age of 35 years old in their respective fields. He was also elected into the Fellowship of the Australian Academy of Science in 1962 for his contributions in the field of physics.

Walter Gekelman is a plasma physics professor at the University of California, Los Angeles (UCLA), and an elected fellow of the American Physical Society. He is known to have developed and constructed numerous meter-long devices to study fundamental plasma processes under laboratory conditions, the largest of which is the Large Plasma Device.

James F. Drake is an American theoretical physicist who specializes in plasma physics. He is known for his studies on plasma instabilities and magnetic reconnection for which he was awarded the 2010 James Clerk Maxwell Prize for Plasma Physics by the American Physical Society.

John D. Lindl is an American physicist who specializes in inertial confinement fusion (ICF). He is currently the Chief Scientist of the National Ignition Facility at the Lawrence Livermore National Laboratory.

Masaaki Yamada is a Japanese plasma physicist known for his studies on magnetic reconnection.

Edward E. Thomas Jr. is an American plasma physicist and a Professor of Physics at Auburn University. He currently serves as the university's associate dean for research and graduate studies and is also the university's Charles W. Barkley Endowed Professor for diversity and inclusion. He is a fellow of the National Society of Black Physicists (2011), the Alabama Academy of Sciences (2012) and the American Physical Society (2015).

Warren Bicknell Mori is an American computational plasma physicist and a professor at the University of California, Los Angeles. He was awarded the 2020 James Clerk Maxwell Prize for Plasma Physics for his contributions to the theory and computer simulations of non-linear processes in plasma-based acceleration using kinetic theory, as well as for his research in relativistically intense lasers and beam-plasma interactions.

Merav Opher is a professor of Astronomy at Boston University known for her work on the heliosphere, the cloud around the sun. In 2021 she was named a William Bentinck-Smith Fellow at the Harvard Radcliffe Institute.