"Truce" is a song written and performed by Jars of Clay. It is the fifth and final radio single from the band's second studio album, Much Afraid . In addition, it was the fifth straight single from Much Afraid to reach number one on the Christian radio airplay charts. No promotional single was shipped to radio stations for airplay. Instead, radio stations played the track directly from the album.

Jars of Clay is a Christian rock band from Nashville, Tennessee. The members met at Greenville College in Greenville, Illinois. 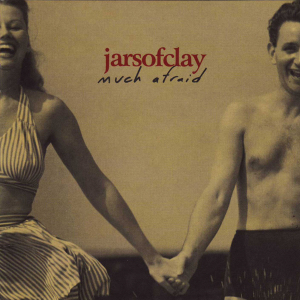 Much Afraid is the second studio album by American Christian rock band Jars of Clay. It was released in 1997 by Essential Records. Following the charting success of the band's debut album, Much Afraid was moderately successful, but was unable to achieve the level of its predecessor.

If I Left the Zoo is the third full-length studio album of the band Jars of Clay. It was released November 9, 1999 by Essential Records. 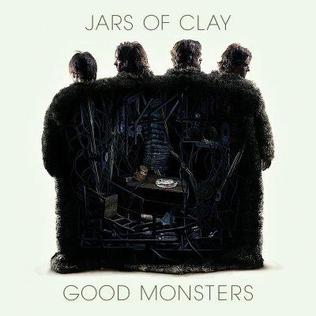 Good Monsters is the seventh full-length studio album from Jars of Clay, released by Essential Records on September 5, 2006. This is their last album of new material from Essential Records and it is said to be lyrically their most aggressive album to date. It features eleven original songs, and a remake of "All My Tears" by Julie Miller. It also features guest appearances by singer/songwriter Kate York, Leigh Nash, of Sixpence None the Richer, and the African Children's Choir.

The White Elephant Sessions is a rarities and demo version album by American Christian band Jars of Clay, released in conjunction with the band's third studio album If I Left the Zoo. Several of the tracks come straight from the demo recording sessions for If I Left The Zoo, entitled the Tweed Horse Sessions.

Drummer Boy is an EP release by Christian folk group Jars of Clay featuring a new interpretation of the classic 1958 Christmas Carol "Little Drummer Boy". The EP was originally released by Essential Records in the Christmas following the release of Jars Of Clay in 1995. The EP was re-released as a two-pack with Jars of Clay prior to their second album, Much Afraid.

"Show You Love" is a song written and performed by Jars of Clay. It was the first single from their 2003 studio album, Who We Are Instead. The song was prominently featured in the Adam Sandler motion picture, Spanglish. The song was featured at the end of an episode of The WB television series Summerland, as well as in an episode of the UPN series Kevin Hill. This song also appears on the WOW Hits 2005 compilation album, and the 2008 greatest hits album Jars of Clay: Greatest Hits.

"Overjoyed" is a song by American Christian rock group Jars of Clay. It was the fourth single from the band's second album, Much Afraid, and the fourth consecutive No. 1 radio single from the album. An acoustic rendition of the song appears on the band's 2003 double album, Furthermore: From the Studio, From the Stage. This song was also the compilation album WOW 1998.

"Crazy Times" is a song recorded and performed by Jars of Clay. The song was a writing collaboration between the band members Dan Haseltine and Stephen Mason with songwriters Mark Hudson and Greg Wells. It was the first single from their second studio album, Much Afraid. The single fared well in the mainstream, peaking at No. 38 on the Billboard Modern Rock Tracks chart. The demo version of the song can be found on the album The White Elephant Sessions, while a live version of the song is included on the 2003 double album, Furthermore: From the Studio, From the Stage. This song also appears on the WOW 1999 compilation album.

"Fly" is a song written and performed by Jars of Clay. It was the first mainstream single and second Christian radio single from their 2002 studio album, The Eleventh Hour. A live version of the song appears on disc two of the band's 2003 double album, Furthermore: From the Studio, From the Stage. 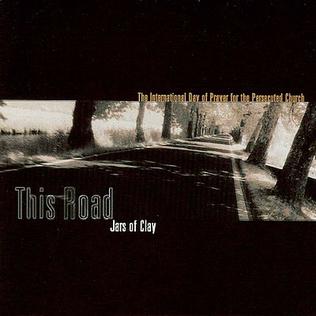 "This Road" is a song written and performed by Jars of Clay that appears on the compilation album City on a Hill: Songs of Worship and Praise that was released in 2000 through Essential Records. The song was also featured on the bonus CD that was packaged with the Brother Andrew-penned book entitled The Narrow Road: Stories of Those Who Walk This Road Together. A live version of "This Road" appears on disc two of the 2003 double album Furthermore: From the Studio, From the Stage. 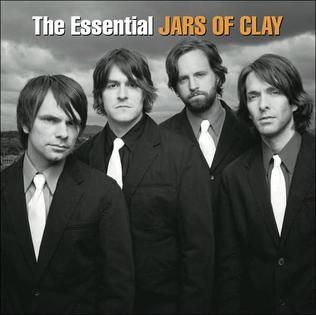 The Essential Jars of Clay is a greatest hits album from Jars of Clay that was released on September 4, 2007 through Essential Records/Legacy Recordings. This is the last release from the band through Essential Records as they have since moved on to the Nettwerk Music Group's Gray Matters imprint. The album is part of the Sony BMG series The Essential, which is a series of greatest hits collections.

"Frail" is a song written and performed by Christian rock band Jars of Clay. It has appeared on many recordings by the group and lends its name to their debut demo release, Frail, from 1994. The song has never been released as a single. 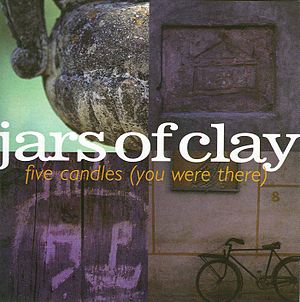 "Five Candles " is a song written and performed by Jars of Clay. It is the second radio single from their 1997 studio album Much Afraid. The song was initially written for the soundtrack to the motion picture Liar Liar, starring Jim Carrey. However, the ending credits, when the song would have been played, were changed to an outtakes and bloopers reel, thus cutting the song from the film. A working title of the song during the writing and recording studio sessions was "The Wish", which fits in with the themes of Liar Liar, just as the eventual title, "Five Candles", as the story of the film revolves around the wish Max made as he blew out the five candles for his fifth birthday. The song was later used in the 1998 Michael Keaton film, Jack Frost, and was featured on that film's soundtrack.

"Fade to Grey" is the first song ever written by Jars of Clay. It originally was recorded for the group's debut demo album, Frail, which was released in 1994. However, when the group recorded tracks for their self-titled debut album, time and budget issues were problems in being able to record the track. 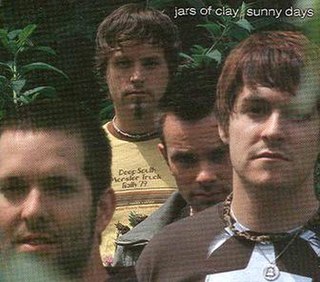 "Sunny Days" is a song written and performed by Jars of Clay. It is the second out of two radio singles from the band's 2003 studio album, Who We Are Instead. The first recording of the song during the album's sessions was produced by the band, while the version that ended up on the album was produced by Ron Aniello, who also produced Lifehouse's debut album, No Name Face.

iTunes Originals – Jars of Clay is a digital-only studio album that was recorded and released by Jars of Clay. Just like other iTunes Originals albums, it features acoustic re-recordings of some of the band's favourite tracks interluded with discussion & interview-type conversation. As the title suggests, the album is available only through Apple's iTunes Store.

"Out of My Hands" is a song by Christian rock act Jars of Clay that appears on their 2010-released album, The Shelter. The song, which was the first radio single released in support of the album, features vocal contributions from Mike Donehey of Tenth Avenue North and Leigh Nash of Sixpence None the Richer. The single peaked at No. 27 on Billboard's Christian Songs chart on September 25, 2010. "Out of My Hands" was co-written by two members of the band's touring ensemble, Gabe Ruschival and Jeremy Lutito. 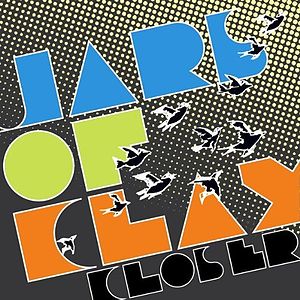 "Closer" is a song written and performed by Christian rock act Jars of Clay. The radio single was released in promotion of the band's 2008-released EP, Closer. Although the track also appears on the band's 2009 album The Long Fall Back to Earth, the single was released far in advance of its announcement and release to be considered that album's first single. The version of the song that appears on The Long Fall Back to Earth is a different mix than the one that appears on the Closer EP, containing a longer intro and song length. "Closer" was co-produced by Ron Aniello, who also helped co-produce the band's 2003 release Who We Are Instead and helped co-write a handful of tracks from their Good Monsters studio album.