Trudy McFall is co-founder and Chairman of Homes for America (HFA), [1] an Annapolis, Maryland based business founded in September 1994. [2] HFA is the tenth largest non-profit developer of affordable housing in the country.[ citation needed ]

Ms. McFall is widely known for her national expertise in affordable housing, [3] with 35 years of executive management experience in the public and private sectors. In 2009, she was a candidate for Mayor of Annapolis, but was defeated in the primaries. [4] [5]

Prior to Homes for America, McFall was the Director of Maryland's housing finance agency, the Community Development Administration (CDA), for 13 years until July 1994. During her tenure, CDA was widely recognized as among the most active and innovative of the country's housing finance agencies. At CDA, she managed over $500 million in funds annually. In 1993, she was named Outstanding Maryland Administrator.

As a civic activist in Annapolis, McFall has been active in a wide variety of local volunteer efforts. In 2007, she founded Citizens for a Better Annapolis (CBA), an organization that brought facts to public policy debates. Through CBA, she has issued reports on crime, education, and housing. She is presently head of the West Annapolis Development Committee and has presented testimony opposing increased density potential that is being suggested by the current, proposed Comprehensive Plan. [6] She was named Volunteer of the Year in 2005 by the Community Foundation of Anne Arundel County. [7]

McFall holds a BA from Indiana University and a MA from Bryn Mawr College. 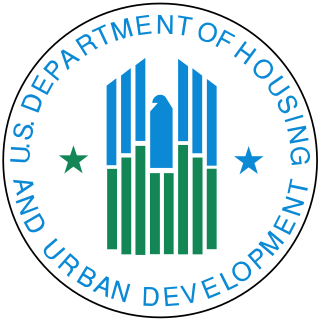 The Federal Housing Administration (FHA), also known as the Office of Housing within the Department of Housing and Urban Development (HUD), is a United States government agency founded by President Franklin Delano Roosevelt, created in part by the National Housing Act of 1934. The FHA insures mortgages made by private lenders for single-family properties, multifamily rental properties, hospitals, and residential care facilities. FHA mortgage insurance protects lenders against losses. If a property owner defaults on their mortgage, FHA pays a claim to the lender for the unpaid principal balance. Because lenders take on less risk, they are able to offer more mortgages. The goal of the organization is to facilitate access to affordable mortgage credit for low- and moderate-income and first-time homebuyers, for the construction of affordable and market rate rental properties, and for hospitals and residential care facilities in communities across the United States and its territories. 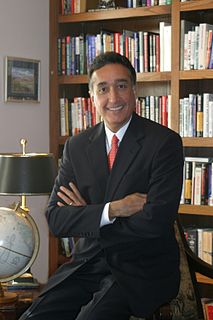 Henry Gabriel Cisneros is an American politician and businessman. He served as the mayor of San Antonio, Texas, from 1981 to 1989, the second Latino mayor of a major American city and the city's first since 1842. A Democrat, Cisneros served as the 10th Secretary of Housing and Urban Development (HUD) in the administration of President Bill Clinton from 1993 to 1997. As HUD Secretary, Cisneros was credited with initiating the revitalization of many public housing developments and with formulating policies that contributed to achieving the nation's highest ever rate of home ownership. In his role as the President's chief representative to the cities, Cisneros personally worked in more than two hundred cities spread over all fifty states. Cisneros's decision to leave the HUD position and not serve a second term was overshadowed by controversy involving payments to his former mistress.

Metropolitan Washington Council of Governments (MWCOG) is an independent, nonprofit association where area leaders address regional issues affecting the District of Columbia, suburban Maryland and Northern Virginia. Metropolitan Washington Council of Governments comprises 24 local governments in the Washington metropolitan area, as well as area members of the Maryland and Virginia state legislatures, the U.S. Senate, and the U.S. House of Representatives. About 300 local, state and federal elected officials make up its membership. It was founded in 1957 and formally incorporated on May 28, 1965.

Arthur Christ Agnos is an American politician. He served as the 39th mayor of San Francisco, California from 1988 to 1992 and as the Regional Head of the United States Department of Housing and Urban Development from 1993 to 2001.

The Community Planning and Development agency within the United States Department of Housing and Urban Development (HUD) administers the grant programs that help communities plan and finance their growth and development, increase their capacity to govern, and provide shelter and services for homeless people. HUD is a national program, and HUD provides funding directly to larger cities and counties, and for smaller cities and counties, generally to state government. HUD's programs include the Community Development Block Grant Program and the HOME program. 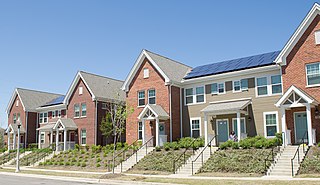 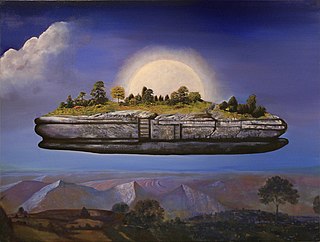 The HOME Investment Partnerships Program (HOME) is a type of United States federal assistance provided by the U.S. Department of Housing and Urban Development (HUD) to states in order to provide decent and affordable housing, particularly housing for low- and very low-income Americans. It is the largest Federal block grant to states and local governments designed exclusively to create affordable housing for low-income families, providing approximately US$2 billion each year.

The National Housing Conference (NHC) is an American non-profit organization based in Washington, D.C. established in 1931. Its stated goal is "ensuring safe, decent and affordable housing for all Americans".

Shaun Lawrence Sarda Donovan is an American government official and housing specialist who served as United States Secretary of Housing and Urban Development from 2009 to 2014, and Director of the US Office of Management and Budget from 2014 to 2017. Prior to that, he was the Commissioner of the New York City Department of Housing Preservation and Development from 2004 to 2009 under Mayor Michael Bloomberg.

Michael P. Kelly is an architect and urban planner who has led the public housing authorities of several large U.S. cities, and is a leading advocate for public policy that promotes affordable housing in the country.

Otis France Rolley is the former planning director of Baltimore, serving from July 2003 until 2007. He was a Democratic candidate for mayor of Baltimore in 2011.

The Boston Housing Authority (BHA) is a public agency of the city of Boston, Massachusetts that provides subsidized public housing to low- and moderate-income families and individuals.

Non-profit housing developers build affordable housing for individuals under-served by the private market. The non-profit housing sector is composed of community development corporations (CDC) and national and regional non-profit housing organizations whose mission is to provide for the needy, the elderly, working households, and others that the private housing market does not adequately serve. Of the total 4.6 million units in the social housing sector, non-profit developers have produced approximately 1.547 million units, or roughly one-third of the total stock. Since non-profit developers seldom have the financial resources or access to capital that for-profit entities do, they often use multiple layers of financing, usually from a variety of sources for both development and operation of these affordable housing units.

Shaneka Tarae Johnson is a Democratic member of the Maryland House of Delegates appointed in May 2019 to replace the late Michael E. Busch. In October 2019 House Speaker Adrienne A. Jones assigned Henson to serve on the appropriations committee led by Baltimore Democrat Del. Maggie McIntosh.

Cathi Forbes is an American politician of the Democratic Party who has represented district 42A in the Maryland House of Delegates since October 29, 2019. Governor Larry Hogan appointed her to succeed former state delegate Stephen Lafferty, who resigned in August 2019.