True/Slant (T/S), a company based in a loft in SoHo in New York City funded with $3 million in capital by Forbes Media and Fuse Capital and sold to Forbes in May 2010, was an original content news network. [2] [3] [4]

It launched its alpha in April 2009, [5] and its beta in June 2009. [2] It had a new approach to journalistic entrepreneurship and advertising, and blended journalism with social networking. [6]

After operating for slightly more than 12 months, True/Slant ceased operations on July 31, 2010. [7]

Lewis Dvorkin was its founder & Chief Executive Officer. [2] [8] He picked its name off a list of compound names generated by a web developer. [4] He was previously a Senior Vice President, Programming, at AOL, responsible for News, Sports, and Network Programming, as well as an Executive Editor at Forbes magazine, Page One Editor of The Wall Street Journal, a Senior Editor at Newsweek , and an editor at The New York Times . [2] [8] Andrea Spiegel served as Chief Product Officer for True/Slant. [2] Prior to T/S she was a Vice President at AOL focusing on programming, product, social media and mobile, and also a Show Producer for the Fox Television tabloid newsmagazine A Current Affair. [2] Coates Bateman was True/Slant's Executive Director, Content & Programming. [2] He was previously an Executive Producer at AOL News, and an editor at Random House. [2]

Contributors were paid, but also offered a share of the advertising and sponsorship revenues their individual pages generate and, in some cases, equity in the publication. [3] [4] [14] They are also permitted to keep writing other material elsewhere, and even to promote those outside efforts through True/Slant. [6]

Contributors were required to engage with readers by posting a minimum number of comments in reader discussions about their articles and curate the comments. [6] This was an effort to capture some of the excitement of a social network. [6]

True/Slant promoted not only the most popular contributors, but also the most active ones. [6] High rankings could lead to higher traffic on a contributor's page, and therefore to higher income. [6]

True/Slant launched with 65 journalists, assigned to specific topics, and six full-time staffers. [6] [8] Each contributor received a page to house their journalism. [15] Each page featured headlines of stories elsewhere on the web selected by the journalists, which linked back to the originating outside site. [6] [16] In May 2009 it had 260,000 visitors. [8] By April 2010, it had four times that number of visitors per month, roughly the same as The Village Voice or The Charlotte Observer (it was up to 1.5 million by May 2010), and more than 300 part-time contributors. [4] [17] It was generating more than 125 pieces of content a day. [4]

In May 2010, Forbes bought T/S. [10] [18] PaidContent estimated that the deal was in the "low single digit millions." [19] In June 2010, Dvorkin announced his intention to open up its web site to thousands of unpaid contributors. [20] On July 29, 2010, writer Neal Ungerleider announced in a post on the site that True/Slant is "winding down operations at the end of July." [7]

Marc Lowell Andreessen is an American entrepreneur, investor, and software engineer. He is the co-author of Mosaic, the first widely used web browser; co-founder of Netscape; and co-founder and general partner of Silicon Valley venture capital firm Andreessen Horowitz. He founded and later sold the software company Opsware to Hewlett-Packard. Andreessen is also a co-founder of Ning, a company that provides a platform for social networking websites. He sits on the board of directors of Facebook. Andreessen was one of six inductees in the World Wide Web Hall of Fame announced at the First International Conference on the World-Wide Web in 1994.

Engadget is a multilingual technology blog network with daily coverage of gadgets and consumer electronics. Engadget operates a total of ten blogs—four written in English and six international versions with independent editorial staff. Engadget has ranked among the top five in the "Technorati top 100" and was noted in Time for being one of the best blogs of 2010. It has been operated by AOL since October 2005.

Kara Anne Swisher is an American technology business journalist and co-founder of Recode. She became a contributing writer to The New York Times Opinion Section in 2018. Previously she wrote for The Wall Street Journal, serving as co-executive editor of All Things Digital.

Mark Elliot Zuckerberg is an American internet entrepreneur and philanthropist. Zuckerberg is known for co-founding and leading Facebook, Inc. and its namesake social networking website as its chairman, chief executive officer, and controlling shareholder. He also co-founded and is a board member of the solar sail spacecraft development project Breakthrough Starshot.

Jeffrey A. Dvorkin is a Canadian-American journalist.

Facebook is an American online social media and social networking service based in Menlo Park, California and a flagship service of the namesake company Facebook, Inc. It was founded by Mark Zuckerberg, along with fellow Harvard College students and roommates Eduardo Saverin, Andrew McCollum, Dustin Moskovitz and Chris Hughes.

Chris Hughes is an American entrepreneur who co-founded and served as spokesman for the online social directory and networking site Facebook, with Harvard roommates Mark Zuckerberg, Dustin Moskovitz, Eduardo Saverin, and Andrew McCollum. He was the publisher and editor-in-chief of The New Republic from 2012 to 2016. As of 2019 Hughes is a co-chair of the Economic Security Project. In 2018, Hughes published Fair Shot: Rethinking Inequality and How We Earn. In May 2019 Hughes published an op-ed in the New York Times, calling for the "Break Up of Facebook" and government regulation of content on it and in June of the same year, he criticized the Facebook decision to launch Libra, saying that the cryptocurrency "would shift power into the wrong hands if, at least, the coin be modestly successful". 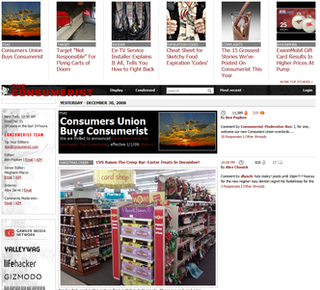 Consumerist was a non-profit consumer affairs website owned by Consumer Media LLC, a subsidiary of Consumer Reports, with content created by a team of full-time reporters and editors. The site's focus was on consumerism and consumers' experiences and issues with companies and corporations, concentrating mostly on U.S. consumers. As an early proponent of crowdsourced journalism, some content was based on reader-submitted tips and complaints. The majority of the site's articles consisted of original content and reporting by the site's staff. On October 30, 2017, Consumer Reports shut down Consumerist, stating that coverage of consumer issues would now be found on the main Consumer Reports website.

Criticism of Facebook has led to international media coverage and significant reporting of its legal troubles and the outsize influence it has on the lives and health of its users and employees, as well on its influence on the way media, specifically news, is reported and distributed. Notable issues include Internet privacy, such as use of a widespread "like" button on third-party websites tracking users, possible indefinite records of user information, automatic facial recognition software, and its role in the workplace, including employer-employee account disclosure. 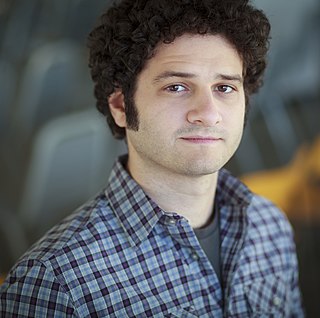 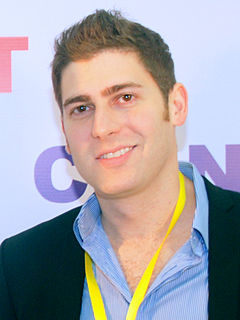 Eduardo Luiz Saverin is a Brazilian entrepreneur and angel investor. Saverin is one of the co-founders of Facebook. In 2012, he owned 53 million Facebook shares, valued at approximately $2 billion at the time. He also invested in early-stage startups such as Qwiki and Jumio. 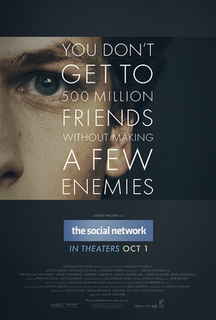 The Social Network is a 2010 American biographical drama film directed by David Fincher and written by Aaron Sorkin. Adapted from Ben Mezrich's 2009 book The Accidental Billionaires, the film portrays the founding of social networking website Facebook and the resulting lawsuits. It stars Jesse Eisenberg as founder Mark Zuckerberg, along with Andrew Garfield as Eduardo Saverin, Justin Timberlake as Sean Parker, Armie Hammer as Cameron and Tyler Winklevoss, and Max Minghella as Divya Narendra. Neither Zuckerberg nor any other Facebook staff were involved with the project, although Saverin was a consultant for Mezrich's book. The film was released in the United States by Columbia Pictures on October 1, 2010. 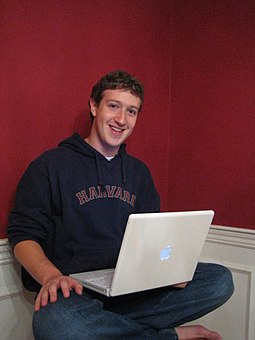 Facebook is a social networking service launched as TheFacebook on February 4, 2004. It was founded by Mark Zuckerberg with his college roommates and fellow Harvard University students Eduardo Saverin, Andrew McCollum, Dustin Moskovitz and Chris Hughes. The website's membership was initially limited by the founders to Harvard students, but was expanded to other colleges in the Boston area, the Ivy League, and gradually most universities in the United States and Canada, corporations, and by September 2006, to everyone with a valid email address along with an age requirement of being 13 and older. 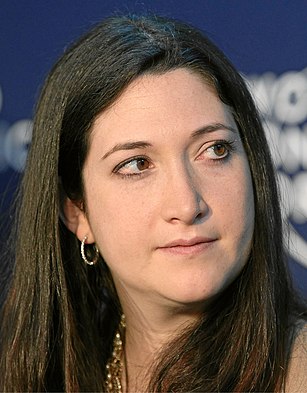 Randi Jayne Zuckerberg is an American businesswoman. She is the former director of market development and spokesperson for Facebook, and a sister of the company's co-founder and CEO Mark Zuckerberg. Prior to working at Facebook, she was a panelist on Forbes on Fox. As of May 2014, she is founder and CEO of Zuckerberg Media, editor-in-chief (EIC) of Dot Complicated, a digital lifestyle website, and creator of Dot., an animated television show about a young girl who uses technology to enhance both her educational experiences and recreational activities.

NewsTilt was a news website for independent professional journalists, founded by the company NewsLab. Founded in October 2009, it was funded by Y Combinator and launched on 13 April 2010; it closed only two months later.

News Feed is a feature of the social network Facebook. The web feed is the primary system through which users are exposed to content posted on the network. News Feed highlights information that includes profile changes, upcoming events, and birthdays, among other updates. Using a proprietary method, Facebook selects a handful of updates to show users every time they visit their feed, out of an average of 2,000 updates they can potentially receive.