True Tales of Lust and Love

True Tales of Lust and Love is a popular monthly storytelling show where local LA comedians and writers sample their material or read from their upcoming books. It's similar in format to The Moth but features only women, some of whom read rather than perform.

According to LA Weekly , [1] the show is curated by Anna David and features an "all-gal lineup" that has included comedians Claire Titelman and Melinda Hill. Memoirist Sascha Rothchild has also performed in the show. The Los Angeles Times included the show in its round-up of Valentine's Day ideas in 2012. [2]

Each show is uploaded as a podcast. [3] 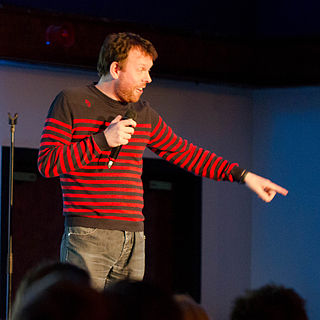 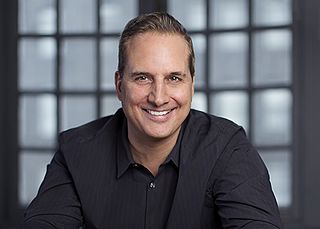 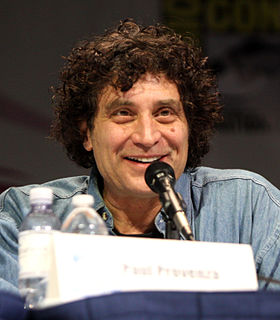 Paul Provenza is a television presenter, actor, radio panelist, stand-up comedian, filmmaker, and skeptic based in Los Angeles. He has appeared on several podcasts and in recent years has interviewed other stand-up comedians. In 2005 he became a director, in 2010 an author and in 2011 he started producing for comedy festivals and television. 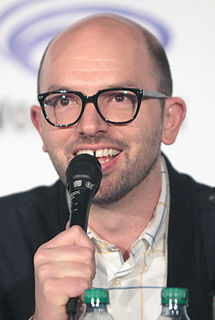 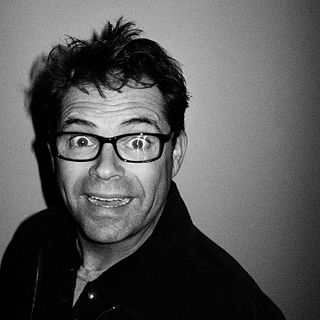 Dana Gould is an American stand-up comedian, actor, writer and voice artist who has been featured on HBO, Showtime, and Comedy Central. He voiced Hi Larious in the TV series Father of the Pride (2004–2005) and the titular character in the Gex franchise. 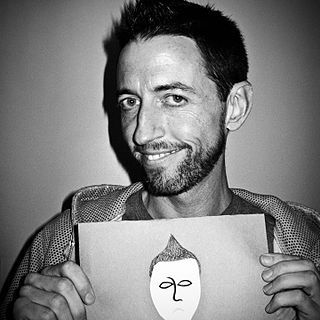 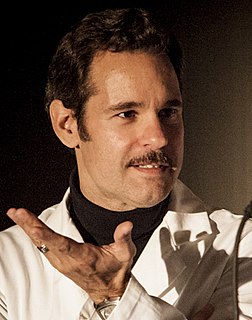 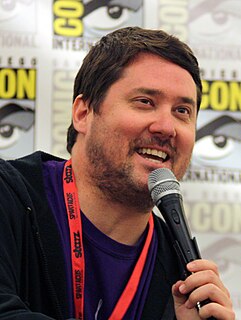 Douglas Steven Benson is an American comedian, marijuana rights advocate, television host, actor and reality-show judge who has appeared on Getting Doug With High, Comedy Central Presents, Best Week Ever, and Trailer Park Boys, and was a contestant on Last Comic Standing in the show's fifth season. He served as a judge for the Comedy Central series The High Court with Doug Benson. 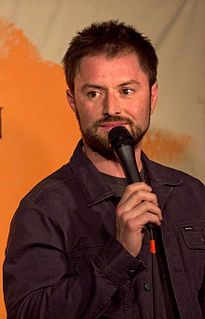 Adam Cayton-Holland is an American stand-up comedian from Denver, Colorado best known for his work with the comedy trio The Grawlix and their sitcom television series Those Who Can't. Cayton-Holland is also a writer who has been published in numerous regional and national publications; his first book, Tragedy Plus Time: A Tragi-Comic Memoir, received the 2019 Colorado Book Award for Creative Non-Fiction. He is the founder and executive director of High Plains Comedy Festival. As a comic, he is a regular headliner at clubs and colleges throughout the United States and abroad. 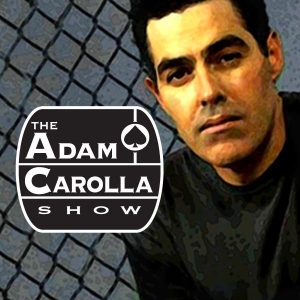 The Adam Carolla Show is a comedy podcast hosted by comedian and radio-television personality Adam Carolla. Its first episode went online on February 23, 2009. The show is the flagship program of Carolla Digital. 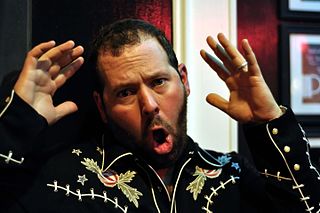 Bert Kreischer is an American stand-up comedian, podcaster, reality television host and actor. He is the producer and host of Bertcast, a weekly comedy podcast on the All Things Comedy network. He is also the co-host of the 2 Bears, 1 Cave podcast with fellow comedian Tom Segura, and co-host of the Bill and Bert podcast with actor and comedian Bill Burr. In 1997 he was featured in an article in Rolling Stone while attending Florida State University. The magazine named Kreischer "the top partyer at the Number One Party School in the country." The article also served as inspiration for the 2002 film National Lampoon's Van Wilder. Kreischer has served as host of the television series Hurt Bert on FX as well as Bert the Conqueror and Trip Flip on Travel Channel. He is slated to appear on The Machine, a comedy film based on his life and career. 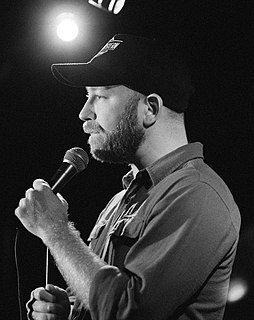 Ken Reid is an American standup comedian based in Boston.

Earwolf is an American comedy podcasting network founded by Scott Aukerman and Jeff Ullrich in August 2010. It merged with podcast advertising network The Mid Roll in 2014 to form Midroll Media. Midroll was acquired by the E. W. Scripps Company in 2015. In July 2020, Sirius XM acquired Midroll Media, which includes Stitcher Radio and Earwolf, for $325 million.

Carolla Digital is an American podcast network. The flagship program of the network is The Adam Carolla Show, which is released daily. The network also produces several other shows that are released on a weekly basis.

Matthew Paul "Matt" Mira is an American podcast host, stand-up comedian and television writer based in Los Angeles. He has been a co-host of The Nerdist Podcast since 2010. 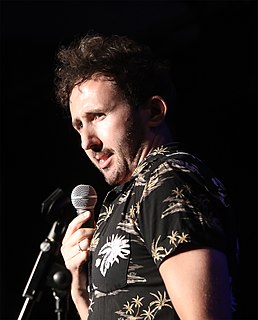 Nathan Cassidy is a British comedian and podcaster. In 2021, he was nominated for an Off Fest Award for his show 'Bumblebee' along with nominations for Best Comedy Show at the Greater Manchester Fringe and Buxton Fringe. He was previously nominated for Best Show at the Leicester Comedy Festival 2020 for his show 'Observational'. This show was widely reported in the press as the only live show at the Edinburgh Festival Fringe 2020. The show was given four stars by The Times which reviewed it as 'The best show at the Fringe. A classic, structured, rollercoaster Fringe hour...star-in-waiting...he is untouchable.' Previously he was nominated for a Malcolm Hardee Award in 2012, won best solo comedy show on the Buxton Fringe in 2014, and was nominated for the same award in 2015, 2016, 2017 2019, and 2021. He has also won the Sir Michael Caine Award for new writing in theatre. He also presents the podcast Psycomedy about the Psychology of stand-up comedy and the daily comedy/piano podcast Daily Notes. 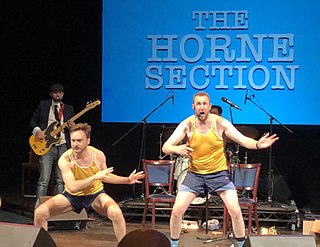