True Tone Records may refer to: 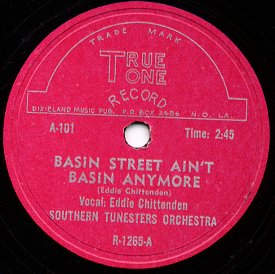 True Tone Records was a United States based record label producing 78 disc records of Dixieland jazz in the 1950s. The label was headquartered in New Orleans, Louisiana.

True Tone Records was an Australian based record label. It was founded by Michael Crawley in the 1980s. The label was distributed by Polygram Records.

Mushroom Records was an Australian flagship record label, founded in 1972 in Melbourne. It published and distributed many successful Australian artists and expanded internationally, until it was merged with Festival Records in 1998. Festival Mushroom Records was later acquired by Warner Bros. Records, which operated the label from 2005 to 2010 until it folded to Warner Bros. Records. Founder Michael Gudinski is now the leader of the Mushroom Group, the largest independent music and entertainment company in Australia.

Two-tone is a genre of British music that fuses traditional ska with musical elements of punk rock and new wave music. Its name comes from 2 Tone Records, a label founded by Jerry Dammers of The Specials, and references a desire to transcend and defuse racial tensions in Thatcher-era Britain; many two-tone groups, such as The Specials, The Selecter, and The Beat featured a mix of black, white, and multiracial people. Originating in the urban centers in England in the late 1970s, it was part of the second wave of ska music, following on from the first ska music that developed in Jamaica in the 1950s and 1960s, and infused it with punk and new wave textures. Although two-tone's mainstream commercial appeal was largely limited to the UK, it influenced the third wave ska and ska punk movements that developed in the US in the late 1980s and 1990s.

Fontana Records is a record label which was started in the 1950s as a subsidiary of the Dutch Philips Records. The independent label distributor Fontana Distribution takes its name from the label.

Australian hip hop traces its origins to the early 1980s and is largely inspired by hip hop and other predominantly African-American musical genres from the United States. As the form matured, Australian hip hop has become a commercially viable style of music that is no longer restricted to the creative underground, with artists such as 1200 Techniques, Kerser, Manu Crooks, Briggs, Baker Boy, Koolism, Hilltop Hoods and Bliss n Eso achieving notable fame. Australian hip-hop is still primarily released through independent record labels, which are often owned and operated by the artists themselves. Despite its genesis as an offshoot of American hip hop, Australian hip hop has developed a distinct personality that reflects its evolution as an Australian musical style.

Twin/Tone Records was a independent record label based in Minneapolis, Minnesota, which operated from 1977 until 1994. It was the original home of influential Minnesota bands the Replacements and Soul Asylum and was instrumental in helping the Twin Cities music scene achieve national attention in the 1980s. Along with other independent American labels such as SST Records, Touch and Go Records, and Dischord, Twin/Tone helped to spearhead the nationwide network of underground bands that formed the pre-Nirvana indie-rock scene. These labels presided over the shift from the hardcore punk that then dominated the American underground scene to the more diverse styles of alternative rock that were emerging.

rooArt was an Australian independent record label, founded in 1988 by INXS's then-manager, Chris Murphy. The label's roster included several well-known Australian bands and artists such as Crow, Ratcat, Screaming Jets, You Am I, Wendy Matthews, The Hummingbirds, The Trilobites and Amanda Brown. Other bands which made early or first releases on the rooArt label included Hipslingers, The Last Metro, The Lab, The Fauves, Bellicose and Custard. rooArt released a series of three compilation albums of new or then-unsigned acts, called Youngblood. A number of acts released on the compilations went on to record their own albums, including Tall Tales and True, The Trilobites and Martha's Vineyard.

Redline Records was an independent record label based in Perth, Australia. Started in the year 2000 as a joint project between the band, Jebediah, and its management company, Naked Ape Management, the label predominantly released recordings of Australian indie bands under licensing agreements. Redline Records was distributed by Shock Records in Australia and New Zealand. 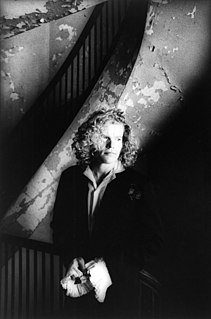 Blue Skies is an album by saxophonist Stan Getz which was recorded in San Francisco in 1982 but not released on the Concord Jazz label until 1995.