Trueways Survival School is a survival training organisation [1] providing major media sources such as Sky News [2] and The Times newspaper with advice and guidance with regard to wilderness survival, military survival, expedition preparation and urban survival as well as providing guidance on related entertainment based television content such as the BBC Survivors (2008 TV series). 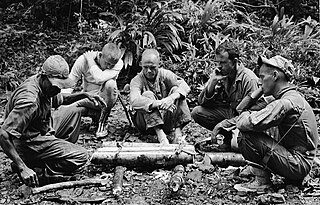 Survival skills are techniques that a person may use in order to sustain life in any type of natural environment or built environment. These techniques are meant to provide basic necessities for human life which include water, food, and shelter. The skills also support proper knowledge and interactions with animals and plants to promote the sustaining of life over a period of time. Survival skills are often associated with the need to survive in a disaster situation. Survival skills are often basic ideas and abilities that ancients invented and used themselves for thousands of years. Outdoor activities such as hiking, backpacking, horseback riding, fishing, and hunting all require basic wilderness survival skills, especially in handling emergency situations. Bushcraft and primitive living are most often self-implemented, but require many of the same skills.

Sky News is a British news organisation, which operates a TV network of the same name, a radio news service, and distributes news through online channels. It is owned by Sky, a division of Comcast. John Ryley is the head of Sky News, a role he has held since June 2006. Sky News is currently Royal Television Society News Channel of the Year, the 12th time it has held the award.

Among the experts that form the Trueways Survival team is Lofty Wiseman, who plays an active part in many of the organisations training areas and activities.

John "Lofty" Wiseman is a British author and survival consultant, and a former member of the Special Air Service (SAS), the British special forces unit.

Wiseman is a surname. Notable people with the surname include:

Urophagia is the consumption of urine. Urine was used in several ancient cultures for various health, healing, and cosmetic purposes; urine drinking is still practiced today, though there is no proven health benefit to it. In extreme cases, people drink urine if no other potable fluid is available, although numerous credible sources advise against it. Urine is also consumed as a sexual activity. 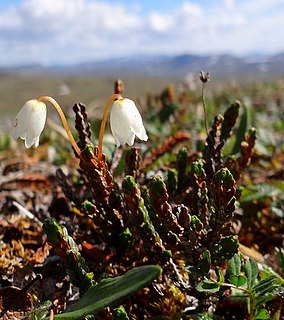 Cassiope tetragona is a plant native to the high Arctic and northern Norway, where it is found widely. 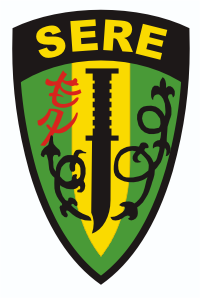 Survival, Evasion, Resistance, and Escape (SERE) is a program, best known by its military acronym, that provides U.S. military personnel, U.S. Department of Defense civilians, and private military contractors with training in evading capture, survival skills, and the military code of conduct. Established by the U.S. Air Force at the end of World War II, it was extended and consolidated during the Vietnam War (1959–1975) to the U.S. Marine Corps, and U.S. Navy and in the late 1980s to the U.S. Army. Most higher level SERE students are military aircrew and special operations personnel considered to be at high risk of capture. 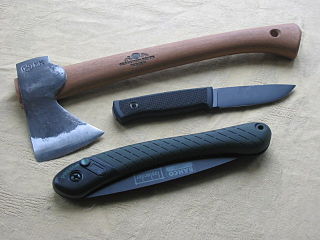 Bushcraft is wilderness survival skills. The term was popularized in the Southern Hemisphere by Les Hiddins as well as in the Northern Hemisphere by Mors Kochanski and more recently gained considerable currency in the United Kingdom due to the popularity of Ray Mears and his bushcraft and survival television programs. It is also becoming popular in urban areas where the average person is separated from nature, as a way to get back in tune with their rural roots. The origin of the phrase "bushcraft" comes from skills used in the bush country of Australia. Often the phrase "wilderness skills" is used as it describes skills used all over the world.

A Registered Training Organisation (RTO), in Australia, is an organisation providing Vocational Education and Training (VET) to students, resulting in qualifications or statements of attainment that are recognised and accepted by industry and other educational institutions throughout Australia.

The parang is a type of machete or cleaver used across the Malay archipelago.

Tavistock Relationships is an operating unit of The Tavistock Institute of Medical Psychology, the founding body in 1920 of the Tavistock Clinic. It is a registered charity and company limited by guarantee.

LSN was an independent not-for-profit organisation in the United Kingdom. It provided consulting, outsourcing, research, technology and training services for learning and skills.

Action for Autism (AFA) is an Indian non-profit, education, training and advocacy organisation which provides support and services to persons with autism and those who work with them. Founded in 1991, AFA is the parent organisation began with the goal to "put autism on the Indian map." Awareness of autism in India has grown tremendously in the past decade, and AFA's activities have also changed to meet current needs in India. AFA works through direct services, advocacy, and research to improve the lives of children with autism and their families. AFA is an Indian organisation, and its efforts are focused on the needs of those in India. AFA is also committed to assisting other countries in South Asia achieve legal recognition of autism and develop services for children and families. To more effectively orchestrate national activities for autism, it was relocated to the AFA National Centre for Advocacy Research and Training in 2006.

The SAS Survival Handbook is a survival guide by British author and professional soldier, John Wiseman, first published by Williams Collins in 1986. Second, revised edition came out in 2009. A digital app for smartphones based on the book is also available. The book spans over 11 sections, and an introduction and postscript, detailing how to survive in dangerous surroundings.

The ClementJames Centre is an award-winning UK education charity based in North Kensington, a deprived area in London.