Trump Institute was a traveling lecture series founded in 2005. The seminar series was owned and operated by Irene and Mike Milin of Boca Raton, Florida. [1] It used Donald Trump's name via a licensing agreement with Trump University. According to the general counsel for The Trump Organization, the licensing agreement expired in 2009 and was not renewed. [2]

During 2006, its first full year of operation, the company put on 120 seminars in 30 cities across the United States, with The Trump Organization receiving a cut for every seat filled. Although the Institute and Trump University were separately owned, their operations overlapped, and they often used promotional materials bearing both names. [1] Many students complained that the Institute made false promises of prosperity and provided little actual teaching, and that requests for refunds were refused or stonewalled. Hundreds of letters of complaint were filed with the state attorneys general of New York, Florida, and Texas and with local Better Business Bureaus. [3]

Although Trump was not personally involved in the operation of the seminar, he endorsed the series in a broadcast infomercial titled The Donald Trump Way to Wealth. [4] In the infomercial, Trump claimed that "I put all of my concepts that have worked so well for me, new and old, into our seminar... I’m teaching what I’ve learned.” [4]

Michael Sexton, Trump's partner in Trump University, said he chose to work with the Milins because they were "the best in the business". But the Milins had a record of previous get-rich-quick schemes and fraud investigations in multiple states dating back to the 1980s. [2] [5]

In 2016 it was revealed that the booklet for Trump Institute, titled Billionaire’s Road Map to Success, included at least 20 pages that were plagiarized verbatim from Success magazine. The plagiarism was discovered by American Bridge 21st Century, a super PAC. [4] 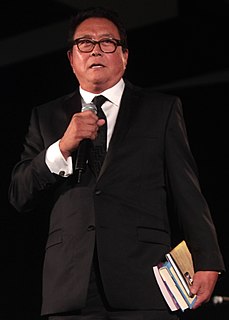 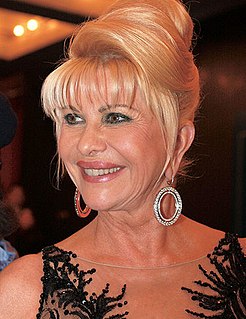 Ivana Marie Trump is a Czech-American businesswoman, media and television personality, fashion designer, author, and former model. She lived in Canada in the 1970s before migrating to the United States, where she married Donald Trump in 1977. She held key managerial positions in The Trump Organization as vice president of interior design, as CEO and president of Trump's Castle casino resort, and as manager of the Plaza Hotel.

Kendra Todd is a real estate broker in Seattle, Washington. In 2005, she was the winner of season 3 of NBC's The Apprentice. She was the first female candidate, and the youngest, to be hired on the U.S. Apprentice.

Trump University was an American company that ran a real estate training program from 2005 until 2010. It was owned and operated by The Trump Organization. A separate organization, Trump Institute, was licensed by Trump University but not owned by The Trump Organization. In 2011, amid multiple investigations, lawsuits and student complaints, it ceased operations. It was founded by Donald Trump and his associates, Michael Sexton and Jonathan Spitalny, in 2004. The company offered courses in real estate, asset management, entrepreneurship, and wealth creation.

Marshall Sylver is an American motivational speaker, author, and performance hypnotist who works primarily in Las Vegas, Nevada. He has billed himself as "The World's Fastest Hypnotist".

ACN, Inc. is a North American-based multi-level marketing (MLM) company which provides telecommunications, energy, merchant services and other services, depending on the country, through a network of independent sellers who also can recruit other sellers. Based in Concord, North Carolina, United States, ACN began operations in the United States in 1993. As of 2019, the company reported that it operates in twenty-seven countries.

William Joseph McCorkle is an American businessman, former real estate guru and former owner of William McCorkle Seminars. In the 1990s he and his wife Chantal created a number of late-night television infomercials, selling materials which purported to teach people how to make money buying foreclosed real estate properties. Both McCorkle and his wife, Chantal, were convicted of fraud and served lengthy prison terms.

American Bridge 21st Century or AB PAC is a liberal American Super PAC that supports Democratic candidates and opposes Republican candidates. It was founded by David Brock in 2010 and is associated with Media Matters for America. It is an opposition research hub for the Democratic Party. The group physically tracks and monitors Republican candidates and officials and uses social media to deploy its findings.

Felix Henry Sater is a Russian-American mobster, convicted felon, real estate developer and former managing director of Bayrock Group LLC, a real estate conglomerate based out of New York City. He has been an advisor to corporations such as The Trump Organization, and the Mirax Group.

GoTrump.com was a travel website that was launched by Donald Trump in 2006. The company later closed in 2007. The site's tagline was "The art of the travel deal", a reference to Trump's autobiography, The Art of the Deal.

Bayrock Group is a private real estate investment and development firm specializing in luxury residential, commercial and mixed use projects. Through its affiliated entities, Bayrock has made investments in transactions comprising real estate assets valued in excess of $2.5 billion. Bayrock’s flexible investment strategy allows it to pursue investments in a variety of sectors and markets.

In June 2016, USA Today published an analysis of litigation involving Donald Trump, which found that over the previous three decades Trump and his businesses have been involved in 3,500 legal cases in U.S. federal and state courts, an unprecedented number for a U.S. presidential candidate. Of the 3,500 suits, Trump or one of his companies were plaintiffs in 1,900; defendants in 1,450; and bankruptcy, third party, or other in 150. Trump was named in at least 169 suits in federal court. Over 150 other cases were in the Seventeenth Judicial Circuit Court of Florida since 1983. In the 1,300 cases where the record establishes the outcome, Trump settled 175 times, lost 38, won 450, and had another 137 cases end with some other outcome. In the other 500 cases, judges dismissed plaintiffs' claims against Trump.

Meredith McIver is a staff writer for The Trump Organization, an author, and a former ballerina. She is credited with ghostwriting multiple books by Donald Trump and was described in 2007 as an "assistant" to him.

Donald Trump is an American businessman and television personality. He was the 45th president of the United States. He began his real estate career at his father's company, Elizabeth Trump and Son, which he later renamed the Trump Organization. He rose to public prominence after concluding a number of highly publicized real estate deals in Manhattan, and his company now owns and licenses his name to lodging and golf courses around the world. Trump partly or completely owned several beauty pageants between 1996 and 2015. He has marketed his name to many building projects and commercial products. Trump's unsuccessful business ventures have included numerous casinos and hotel bankruptcies, the folding of his New Jersey Generals football team, and the now-defunct Trump University.

Why We Want You to Be Rich: Two Men, One Message is a non-fiction book about personal finance, co-authored by Donald Trump and Robert Kiyosaki. The book was first published in hardcover format in 2006. The coauthors became familiar with each other through mutual work at The Learning Annex and Trump being impressed by Kiyosaki's writing success with Rich Dad Poor Dad. Trump and Kiyosaki co-authored another book together in 2011, Midas Touch: Why Some Entrepreneurs Get Rich-And Why Most Don't. The book discusses American economic problems including the middle-class squeeze, economic globalization, and the national debt of the United States. The authors advise the reader to gain financial literacy and delve into entrepreneurship. Trump and Kiyosaki criticize mutual funds and advocate real estate investing as a way to build wealth.

Midas Touch: Why Some Entrepreneurs Get Rich — And Why Most Don't is a non-fiction book about personal finance, co-authored by Donald Trump and Robert Kiyosaki. The book was published in hardcover format in 2011. The coauthors became familiar with each other through mutual work at The Learning Annex, and The Art of the Deal. Trump was impressed by Kiyosaki's writing success with Rich Dad Poor Dad. The coauthors then wrote Why We Want You to be Rich together in 2006, and followed it up with Midas Touch in 2011.

The Trump Network was a multi-level marketing company named after businessman Donald Trump. The company, which sold vitamins and health products, was initially founded as Ideal Health in 1997, before being renamed in 2009 as part of a licensing agreement between Trump and the owners. The licensing agreement expired at the end of 2011, and the company's remaining assets were sold to Bioceutica the following year.

Doe et al. v. Trump Corporation et al. is an ongoing case commenced in the U.S. District Court for Southern District of New York in October 2018, in which four anonymous plaintiffs filed a lawsuit against the Trump Corporation, Donald Trump and three of his adult children — Donald Jr., Eric and Ivanka — alleging racketeering and of fraudulently encouraging unsophisticated investors to give large amounts of money to organizations connected to the Trumps. It is alleged that the defendants promoted ACN in exchange for millions of dollars in secret payments from 2005 to 2015. The lawsuit says that Trump "told investors that he had 'experienced the opportunity' and 'done a lot of research,' and that his endorsement was 'not for any money.'" However, it subsequently emerged that Trump was a paid spokesman for at least one of the companies whose products and services he was promoting to investors.