class=notpageimage|
Truro 27B in Nova Scotia

Truro 27B is a Mi'kmaq reserve located in Colchester County, Nova Scotia.

It is administratively part of the Millbrook First Nation.

The Shubenacadie River is a river in Nova Scotia, Canada. It has a meander length of approximately 72 km from its source at Shubenacadie Grand Lake to its mouth at the historic seaport village of Maitland on Cobequid Bay, site of the building of the William D. Lawrence, the largest wooden ship ever built in Canada. In 2009, the I Backpack Canada blog named the Shubenacadie one of the top five whitewater rivers in Canada. The lower 30 km of the river is tidal and the river experiences a tidal bore twice daily, with some bores reaching up to 3 m in height at certain points along the river. Local tourism operators offer adventure seekers a chance to ride with the bore on high-horse power Zodiac Hurricanes. Tidal Bore Rafting was invented at the Tidal Bore Rafting Resort by H. Knoll. It is also a popular surfing spot for experienced Sea Kayakers.

The Shubenacadie Valley is a Canadian rural region in central Nova Scotia.

Roche is a civil parish and village in mid-Cornwall, United Kingdom. The village gets its name from a granite outcrop east of the village. Roche is the Norman-French word for Rock. On the southern flank of the village is the 20-metre (66-foot) high Roche Rock, a large granite outcrop. The parish population at the 2011 census including Belowda, Bilberry, Carbis, Coldvreath and Criggan is 3,381, and the ward population at the same census was 3,867. 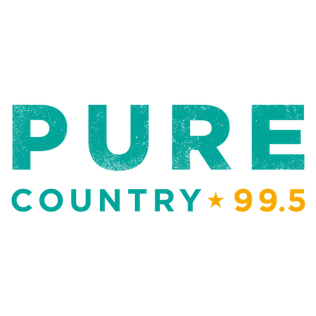 CKTY-FM is a radio station in Truro, Nova Scotia. Owned by Bell Media, it broadcasts a country format branded as Pure Country 99.5.

CKTO-FM is a Canadian radio station, broadcasting at 100.9 FM in Truro, Nova Scotia. The station airs an adult hits format and is branded as Bounce 100.9. The station has been on the air since 1965.

CINU-FM is a Canadian religious broadcasting radio station, broadcasting from Truro, Nova Scotia on 106.3 FM and is branded Hope 106.3 FM. The station has been on the air since September 2003 after receiving CRTC approval in June of that same year.

The Salmon River is a Canadian river in central Nova Scotia's Colchester County. 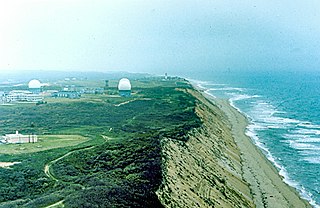 Greenfield is a small rural community in the Canadian province of Nova Scotia, located in Colchester County. It is two miles south of the Salmon River and six miles east of Truro, NS. The name is intended to describe the landscape, annotated by surveyor Alexander Miller around 1817.

Lower Truro is a community in the Canadian province of Nova Scotia, located in Colchester County.

Truro 27A is a Mi'kmaq reserve located in Colchester County, Nova Scotia.

Alton is a rural community in the Canadian province of Nova Scotia, located in Colchester County. Originally named Polly Bog, the name was changed in 1880. Alton is the location of a natural gas storage facility currently under construction from salt caverns. Environmental groups, some residents living near the cavern site and members of the Mi'kmaq community oppose the project.