The initial critical reception of the Truth & Salvage Co. was mostly positive, though sales were slow to build. The band garnered a considerable amount of early interest in their debut by performing in the opening slot for producer Chris Robinson's band The Black Crowes on their 2009 tour of the United States.

"Them Jeans" was released as an exclusive iTunes bonus track along with the original album on May 25, 2010. 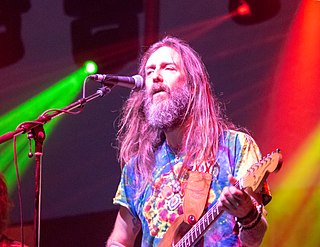 Christopher Mark Robinson is an American musician. He founded the rock band The Black Crowes with his brother Rich Robinson in 1984. Chris is the lead singer of The Black Crowes, and he and his brother are the only continuous members of the Crowes. He is the vocalist and rhythm guitarist for the Chris Robinson Brotherhood, which was formed in 2011 while the Black Crowes were on hiatus. Robinson is noted for his high tenor vocal range and bluesy vocal runs. 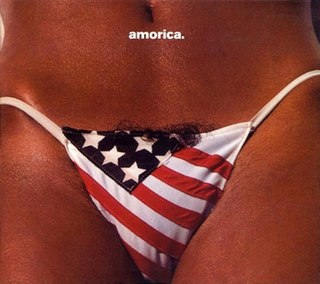 Amorica is the third studio album by American rock band The Black Crowes. Spawned from the band's unreleased, scrapped Tall album, Amorica was released November 1, 1994, on American Recordings and reissued in the UK in 1998 with two bonus tracks. Amorica reached gold status in the United States, shipping 500,000 copies. 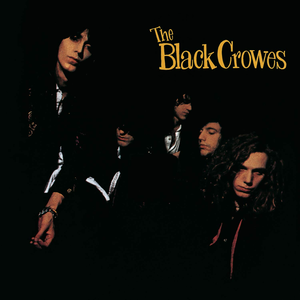 Shake Your Money Maker is the debut studio album by American rock band the Black Crowes, released on February 13, 1990 on Def American Recordings. It is the only album by the band to feature guitarist Jeff Cease. The album is named after a classic blues song written by Elmore James. The Black Crowes have played the song live many times over the years, but it is not included on this album.

Rare Bird were an English progressive rock band formed in 1969. They had more success in other European countries. They released five studio albums between 1969 and 1974. In the UK, they never charted with an album but charted with one single, the organ-based track "Sympathy", which peaked at number 27. It sold one million copies globally. 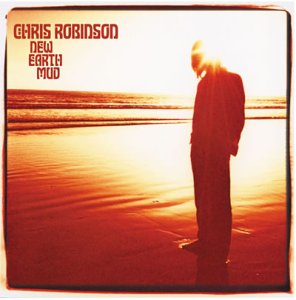 New Earth Mud is the solo debut studio album of Chris Robinson. It was released October 22, 2002 on Redline Records. Initial pressings came with a bonus DVD, which included a documentary on the making of the album and several acoustic live performances. The album was Robinson's first solo effort after a dozen years recording and touring with the band he formed with his brother Rich Robinson during the 1980s, the Black Crowes, which had gone on hiatus after the completion of its 2001 tour in support of the album Lions. The songs "Sunday Sound" and "Ride" have gone on to become staples of Robinson's live shows. 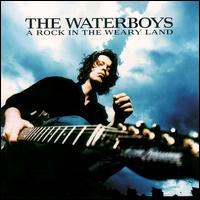 How the Mighty Fall is the third solo studio album from Take That band member, Mark Owen. The album was released on 18 April 2005, nearly two years after his second album and produced by Tony Hoffer. The album sold 3,280 copies in the UK and missed the top 100, remaining his lowest selling album in his solo career. Three singles were released from the album: "Makin' Out", "Believe in the Boogie" and "Hail Mary". This was the last studio album released by Owen before the reunion of his band Take That. 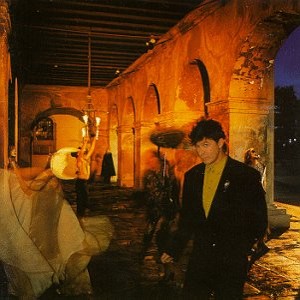 Paul Stacey is a British guitarist and producer, best known for his work with Oasis, Noel Gallagher's High Flying Birds and the Black Crowes.

This Magnificent Distance is Chris Robinson's second solo album, released on June 29, 2004. The album draws on a vast panorama of Americana music—rock, blues, folk, country, soul and elements of jazz. 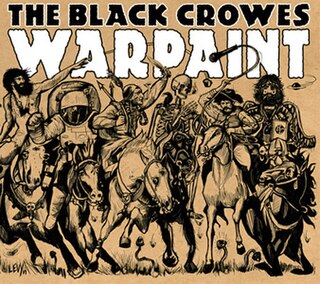 Warpaint is the seventh studio album by American rock band The Black Crowes. Released on March 3, 2008, it was the band's seventh studio album and first studio album in almost seven years, and its first with new members Luther Dickinson and Adam MacDougall, as well as the first to be released on the band's own Silver Arrow Records label. Despite its predecessor, Lions, selling more copies, Warpaint debuted 15 spots higher in the United States, at number five. 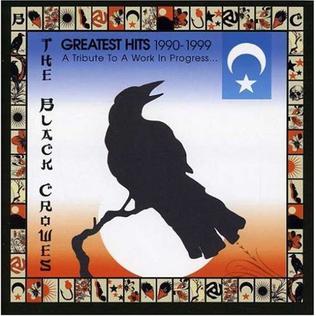 Greatest Hits 1990–1999: A Tribute to a Work in Progress... is a compilation album by American rock band The Black Crowes, released June 20, 2000, by American Recordings & Columbia Records. It features material from all of their studio albums up to that point, and reached #143 on the Billboard 200. 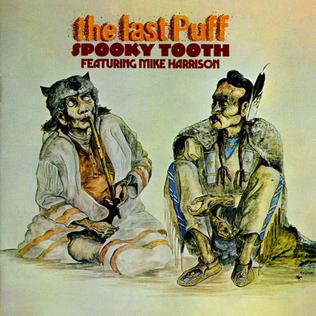 The Last Puff is an album by British rock band Spooky Tooth, released in 1970. 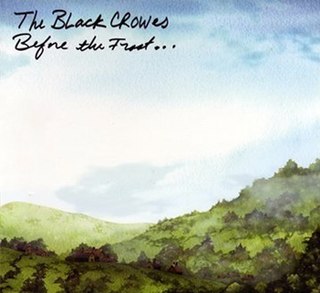 Before the Frost...Until the Freeze is the eighth studio album by American rock band The Black Crowes. It was recorded before a live audience at Levon Helm's Woodstock, New York, studio, The Barn, in late February and early March, 2009. The album was produced by longtime band collaborator Paul Stacey and released on Silver Arrow Records. The CD itself is designed to have the appearance of a vinyl record. Originally, only the Before the Frost portion of the double album was available on CD, and the CD purchase came with a code allowing download of the Until the Freeze portion from the Black Crowes website. A vinyl version was also released, featuring all the same songs but in a different running order. Before the Frost...Until the Freeze would be the band's last album of original material to feature longtime drummer Steve Gorman and keyboardist Adam MacDougall.

Truth & Salvage Co. is a six-piece roots rock/Americana band from Los Angeles, California, and currently headquartered in Nashville, Tennessee. The band formed in late 2005 when members from Scrappy Hamilton and Old Pike, two simultaneously performing Los Angeles acts, merged and began performing under their current moniker. The band gained national attention in 2009, when Black Crowes frontman Chris Robinson signed the group to his Silver Arrow label and gave them the opening slot on his band's tour that year. The band released their debut album on May 25, 2010 and their second record, Pick Me Up, on Megaforce/Sony RED on July 23, 2013. 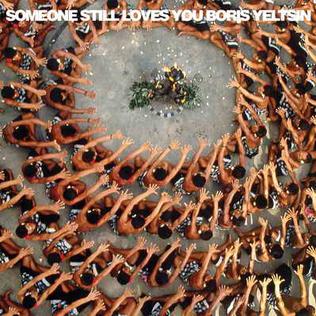 Let It Sway is the third full-length studio album from American indie pop/rock band Someone Still Loves You Boris Yeltsin. It was released through Polyvinyl Records on August 17, 2010. 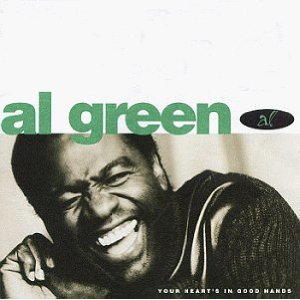 Your Heart's in Good Hands is American singer Al Green's 26th album, his first after a hiatus from secular music, released by MCA Records in 1995. Described as "a solid project that approaches the Rev. Green's classic work with Hi Records", the album was said to capture much of Al Green's early vocal sound, keeping true to his original style but also adding modern elements. "Keep On Pushing Love", a single released from the album, produced by Arthur Baker and co-written with Lotti Golden, Al Green and Tommy Faragher invokes "the original, sparse sound of his [Green's] early classics." "Your Heart's in Good Hands", a single produced by Narada Michael Walden and written by Diane Warren, was also released from the LP. 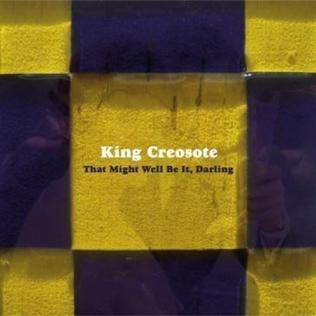 That Might Well Be It, Darling is a studio album by Scottish indie folk musician King Creosote, released on 21 April 2013 on Domino Records. Produced by Paul Savage, and released in conjunction with Record Store Day 2013, the album is a full-band re-recording of Creosote's limited edition vinyl release, That Might Be It, Darling (2010), and was initially released as three EPs: I Learned from the Gaels (2012), To Deal With Things (2012) and It Turned Out for the Best (2012). 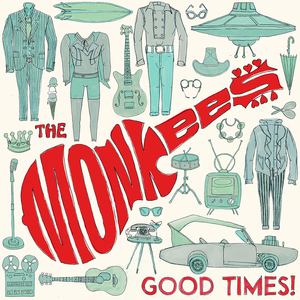 Good Times! is the twelfth studio album by American pop rock band the Monkees. Produced mainly by Adam Schlesinger, the album was recorded to commemorate the band's 50th anniversary. It is the first Monkees studio album since Justus (1996), marking the longest gap between Monkees albums to date, and the first since the death of founding member Davy Jones. The album features surviving Monkees Micky Dolenz, Michael Nesmith, and Peter Tork, as well as a posthumous contribution from Jones. The album received generally positive reviews from music critics and reached number 14 on the Billboard 200, becoming the band's highest-charting album in 48 years.