Truvo (formerly World Directories and Promedia) is a Belgian company specialising in local search and advertising. Its products include Yellow Pages websites and print directories.

Truvo, formerly World Directories, is a Belgian yellow pages business operating in the local search and advertising market and has around 500 employees. The print and online platforms are monthly used by more than 10 million people. Truvo offers a range of complementary services, in print, on-line, telephony and mobile.

In July 2010 Truvo entered Chapter 11 bankruptcy protection . [1] In December 2010 it emerged from this process with a greatly reduced debt and lower costs . The company was then taken over by its former owner's banks . The company's revenues however continue to fall and there is no plan to pay off the remaining 475mio debt .

In December 2011 Standard and Poor's lowered its credit rating on Truvo because of its debt burden and declining business performance . It also predicted a credit default sometime in 2012; according to S&P this would amount to bankruptcy and reorganisation as a going concern .

At the same time Truvo announced the sale of its Irish operating unit to a Baltic company and the departure of all top executives except the CEO .

In 2011, Truvo sold its Irish operations. [2] In late 2012 Truvo quietly sold off its Portuguese and South African interests; no press releases or external communications were issued apart from some references on the corporate website Archived 2011-06-13 at the Wayback Machine . At the same time Moodys and Standard and Poors both maintain a pessimistic view of the company's prospects . They state that the company's covenant test waivers will expire in early 2013. This can lead to a credit event triggering a default scenario like in 2010. In such a case the company could be declared bankrupt and reorganised as a going concern or possibly liquidated.

As of the time of writing its review site SaySo continues in operation but traffic remains at negligible levels.

Currently it is debranding, reverting from using the Truvo name to its original name ( e.g. goudengids.be). Revenues for 2012 continue the falling trend and debt remains high .

Truvo has no longer any business operations outside Belgium. However it still maintains a legacy software operation in Amsterdam, Netherlands even though all IT work is done in Belgium. The Amsterdam staff consists mostly of expat workers supporting, among others, the failed Sayso review website.

Truvo declared bankruptcy in Antwerp on 29 June 2016 and parts of the activities of Truvo were taken over by FCR Media as a going concern with most jobs being saved. The Amsterdam subsidiary was declared bankrupt three weeks later with the loss of all jobs. Golden Pages in Ireland, which had already been taken over by FCR Media, went into bankruptcy protection one year later in July 2017.

Debt restructuring is a process that allows a private or public company or a sovereign entity facing cash flow problems and financial distress to reduce and renegotiate its delinquent debts to improve or restore liquidity so that it can continue its operations.

The yellow pages are any telephone directory of businesses, organized by category rather than alphabetically by business name, and in which advertising is sold. The directories were originally printed on yellow paper, as opposed to white pages for non-commercial listings. The traditional term "yellow pages" is now also applied to online directories of businesses.

A debtor or debitor is a legal entity that owes a debt to another entity. The entity may be an individual, a firm, a government, a company or other legal person. The counterparty is called a creditor. When the counterpart of this debt arrangement is a bank, the debtor is more often referred to as a borrower.

Insolvency is the state of being unable to pay the debts, by a person or company (debtor), at maturity; those in a state of insolvency are said to be insolvent. There are two forms: cash-flow insolvency and balance-sheet insolvency.

Hibu, formerly Yell Group plc, is a multinational directories and internet services company headquartered in Reading, Berkshire, UK. It has operations in the United Kingdom, the United States, and Spain. It has its origins in the yellow pages division of the privatised British telecommunications operator BT Group. 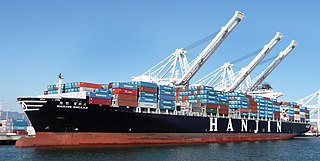 In England and Wales, an individual voluntary arrangement (IVA) is a formal alternative for individuals wishing to avoid bankruptcy. 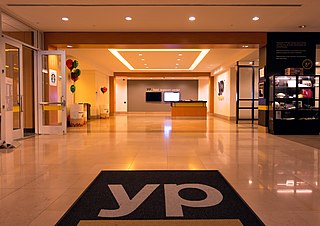 Dex One Corporation was an American marketing company providing online, mobile and print search marketing via their DexKnows.com website, print yellow pages directories and pay-per-click ad networks in the U.S.

Chapter 9, Title 11, United States Code is a chapter of the United States Bankruptcy Code, available exclusively to municipalities and assisting them in the restructuring of their debt. On July 18, 2013, Detroit, Michigan became the largest city in the history of the United States to file for Chapter 9 bankruptcy protection. Jefferson County, Alabama, in 2011, and Orange County, California, in 1994, are also notable examples. The term 'municipality' denotes "a political subdivision or public agency or instrumentality of a State," but does not include a state itself. States are therefore unable to file for bankruptcy, even though they have defaulted in their obligations.

DSB Bank was a Dutch bank and insurer that failed in 2009. The company was founded in 1975 by Dirk Scheringa, the sole shareholder. It was originally called Buro Frisia, but in 1998 the DSB Groep was founded which included Buro Frisia. The bank made the news several times, due to, among numerous things, overpriced mortgages and deferred annuities. On 19 October 2009, the Amsterdam court declared DSB Bank to be in bankruptcy. Currently all bank services are active. No new loan applications are being accepted, and providing advice for payment services has also stopped.

KC Colour Pages and KC White Pages are the classified and residential telephone directories provided specifically for the Kingston Communications service area. KC Colour Pages became the UK's first classified telephone directory when it was first published in 1954 to celebrate KC's 50th anniversary as Hull's telephone company. The Golden Pages, as the first KC Colour Pages was initially called, carried advertising from a wide range of customers including taxis, sail makers, driving schools, painters and decorators and office machinery suppliers amongst others.

AIG Financial Products Corporation (AIGFP) is a subsidiary of the American International Group, headquartered in New York, New York, with major operations in London. The collapse of AIG Financial Products is considered to have played a pivotal role in the global financial crisis of 2008–2009. In the Spring of 2008 AIGFP suffered enormous losses from credit default swaps that it issued and traded. When these credit default swaps were issued in years prior, the management of AIGFP believed they would only have to pay out very few, if any of the swaps. However, as the financial crisis worsened during early 2008 many companies began to default on their debt, forcing AIGFP to assume losses greater than what was ever anticipated.

Payday loans in the United Kingdom are typically small value and for short periods. Payday loans is often used as a term by members of the public generically to refer to all forms of High-cost Short-term credit (HCSTC) including instalment loans, e.g. 3-9 month products, rather than just loans provided until the next pay day.

Bankruptcy in Irish Law is a legal process, supervised by the High Court whereby the assets of a personal debtor are realised and distributed amongst his or her creditors in cases where the debtor is unable or unwilling to pay his debts.

Thryv is a publicly-traded marketing management and software company. It is headquartered in Dallas, Texas and operates in 48 states with more than 2,400 employees. The company began as a conglomerate of Yellow Pages companies. In June 2020, Thryv reported $1.3 billion in revenue over a twelve-month period.