Tsito is a town in the Volta Region of Ghana.

Tsito means 'by water' or 'by the river'. It is also a settlement discovered after a migratory exploits of is founders, when they were trying to erect a police post for the paramountcy of Awudome traditional area. There are 2 secondary schools in Tsito.

Milicz County is a unit of territorial administration and local government (powiat) in Lower Silesian Voivodeship, south-western Poland. It came into being on January 1, 1999, as a result of the Polish local government reforms passed in 1998. The county covers an area of 715 square kilometres (276.1 sq mi). Its administrative seat and only town is Milicz.

Telpaneca is a municipality in the Madriz department of Nicaragua. It is located to 218 kilometers from Managua.

Welfrange is a village in the commune of Dalheim, in south-eastern Luxembourg. As of 2005, the village has a population of 139.

Slavošovce is a small village and municipality in the Rožňava District in the Košice Region of middle-eastern Slovakia.

Veľké Kozmálovce is a village and municipality in the Levice District in the Nitra Region of Slovakia. 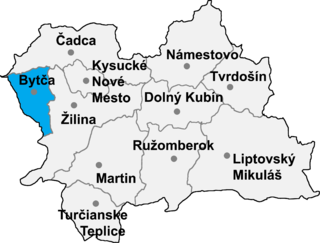 Kolárovice is a village and municipality in Bytča District in the Žilina Region of northern Slovakia.

HMS P48 was a Royal Navy U-class submarine built by Vickers-Armstrong at Barrow-in-Furness. Commissioned on 18 June 1942, she spent most of her career in the Mediterranean Sea. 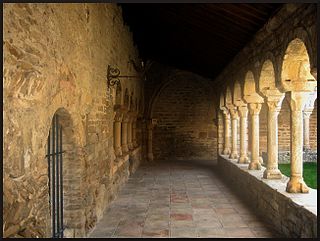 Roda d'Isàvena is a village in the municipality of Isábena, in the region of Ribagorça, in the province of Huesca, Spain. 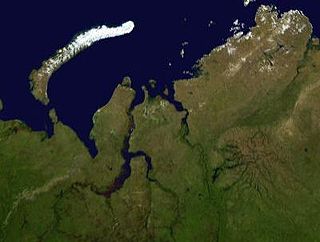 The Yenisey Gulf is a large and long estuary through which the lower Yenisey flows into the Kara Sea.

Nagytarcsa is a village in Pest county, Budapest metropolitan area, Hungary. It has a population of 3,325 (2007).

Podpniewki is a village in the administrative district of Gmina Pniewy, within Szamotuły County, Greater Poland Voivodeship, in west-central Poland. It lies approximately 3 kilometres (2 mi) north-east of Pniewy, 22 km (14 mi) west of Szamotuły, and 46 km (29 mi) west of the regional capital Poznań.

Łany Wielkie is a village in the administrative district of Gmina Sośnicowice, within Gliwice County, Silesian Voivodeship, in southern Poland. It lies approximately 10 km (6 mi) west of Gliwice and 34 km (21 mi) west of the regional capital Katowice.

Grnčara is a village in the municipality of Loznica, Serbia. According to the 2002 census, the village has a population of 654 people.

Kiva is a village in Haljala Parish, Lääne-Viru County, in northeastern Estonia.

Al Mukaynis is a locality of Mebaireek located in the municipality of Ar Rayyan, Qatar. Mudhlem Cave, which translates to "Dark Cave" in Arabic, is located in the area. Nearby Al Rekayya Farms is a popular bird watching site.

Haccombe with Combe is a civil parish in the Teignbridge local government district of Devon, England. The parish lies immediately to the east of the town of Newton Abbot, and south of the estuary of the River Teign. Across the estuary are the parishes of Kingsteignton and Bishopsteignton. The parish is bordered on the east by Stokeinteignhead and on the south by Coffinswell. Most of the southern boundary of the parish follows the minor ridge road that runs between the suburbs of Milber in Newton Abbot and Barton in Torquay and it bisects the Iron Age hill fort of Milber Down.