The U.S. Fund for UNICEF, doing business as UNICEF USA, is a non-profit, non-governmental organization (NGO) in the United States that supports the United Nations Children's Fund (UNICEF). Founded in 1947 by Helenka Pantaleoni, it is the oldest of the 36 UNICEF National Committees that support UNICEF worldwide [1] through fundraising, advocacy and education. Since its inception, the U.S. Fund has provided UNICEF and various NGOs with $6.3 billion in cash and gifts-in-kind. [2]

UNICEF USA administers the long-running Trick-or-Treat for UNICEF campaign, which began as a local fundraising event in Pennsylvania in 1950 and has since raised more than US$170 million to support UNICEF's work. The U.S. Fund also sponsors the UNICEF Tap Project, which provides children around the world with access to safe, clean water. [3] [4]

The first UNICEF greeting card was created in 1949, the design featuring a "thank you picture" by a seven-year-old girl whose village in Czechoslovakia received emergency assistance from UNICEF. The card launched a worldwide fundraising activity that continues to provide a significant source of revenue to UNICEF. The U.S. Fund makes UNICEF greeting cards and gifts available in the United States through the UNICEF Market website. [10] [11]

The U.S. Fund also supports UNICEF with UNICEF Inspired Gifts. Through this program, individuals can purchase lifesaving supplies for children such as therapeutic milk or anti-malarial mosquito nets and have them shipped to one of the over 150 countries and territories in which UNICEF works. [12] [13]

Samaritan's Purse is an evangelical Christian humanitarian aid organization that provides aid to people in physical need as a key part of its Christian missionary work. The organization's president is Franklin Graham, son of Christian evangelist Billy Graham. The name of the organization is derived from the New Testament Parable of the Good Samaritan. Their international headquarters are in Boone, North Carolina. 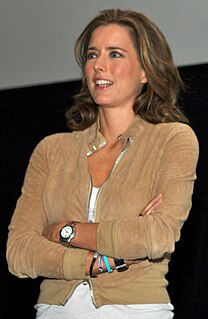 ChildFund, formerly known as Christian Children's Fund, is a child development organization based in Richmond, Virginia, United States. It provides assistance to deprived, excluded and vulnerable children in 30 countries, including the United States.

ActionAid is an international non-governmental organization whose stated primary aim is to work against poverty and injustice worldwide.

Plan International USA (Plan) is an international development and humanitarian nonprofit that partners with supporters, adolescent girls and children around the world to overcome oppression and gender inequality with dignity, opportunity and safety. It is part of Plan International, a global nonprofit federation. Plan works to tackle the root causes of poverty by working side by side with communities, organizations and governments. Their headquarters is located in Warwick, Rhode Island.

Feed the Children, established in 1979 and headquartered in Oklahoma City, Oklahoma, is a non-profit organization focused on alleviating childhood hunger. Their mission is "providing hope and resources for those without life's essentials." It provides food, essentials, education supplies and disaster relief to those in need across the United States and in 10 countries around the world. Domestically, it operates five distribution centers located in Oklahoma, Indiana, California, Tennessee and Pennsylvania.

UNICEF, also known as the United Nations Children's Fund, is a United Nations agency responsible for providing humanitarian and developmental aid to children worldwide. U.N. headquarters is in New York City. The agency is among the most widespread and recognizable social welfare organizations in the world, with a presence in 192 countries and territories. UNICEF's activities include providing immunizations and disease prevention, administering treatment for children and mothers with HIV, enhancing childhood and maternal nutrition, improving sanitation, promoting education, and providing emergency relief in response to disasters.

Trick-or-Treat for UNICEF is a fund-raising program for children sponsored by the U.S. Fund for UNICEF. Started on Halloween 1950 as a local event in Philadelphia, Pennsylvania, United States, the program historically involves the distribution of small orange boxes by schools to trick-or-treaters, in which they can solicit small change donations from the houses they visit. Millions of children in the United States, Canada, Ireland, Mexico, and Hong Kong participate in Halloween-related fund-raising events for Trick-or-Treat for UNICEF, and the program has raised over US$188 million worldwide.

UNICEF UK, also known as the United Kingdom Committee for UNICEF, is one of 36 UNICEF National Committees based in industrialised countries. The National Committees raise funds for the organisation's worldwide emergency and development work. In 2007, UNICEF UK raised £41.3 million for UNICEF’s work with children worldwide. UNICEF UK also advocates for lasting change for children. For example, it works to change government policies and practices that are detrimental to children’s rights in the UK and internationally.

Afghanistan Relief Organization (ARO) is a humanitarian organization which provides direct aid and education to those in need in Afghanistan. It runs a large technology education centre in the Afghan capital, Kabul, and is also involved in the training of midwives.

Water For People was founded in 1991 by the American Water Works Association (AWWA) as a response to the increasing global water crises. It is a nonprofit international development organization that helps people in rural parts of developing countries achieve greater access to drinkable and potable water and sanitation facilities. It works to accomplish the United Nation’s 6th Sustainable Development Goal: availability of clean water and sanitation and comprehensive monitoring of freshwater facilities for the progression of human health. They seek to address the issue of nonexistent and sub-optimal water and sanitation facilities across less-developed countries. With developing locally sustainable drinking water resources and sanitation facilities, Water For People also works to bring health and hygiene education programs to local districts. The non-governmental organization also works to empower and involve local governments, corporations, schools, homes, and individuals in the construction, financing, and maintenance of the water infrastructure. Water For People has established a year-round presence in 30 districts of nine developing countries, including Guatemala, Honduras, Nicaragua, Bolivia, Peru, India, Rwanda, Uganda and Malawi. In totality, Water For People reaches 4 million people.

Helen Tradusa "Helenka" Adamowska Pantaleoni was a Polish American silent film actress and humanitarian. She was the founding director of the U.S. Committee for UNICEF, a role that she held for 25 years. Her granddaughter is American actress Téa Leoni.

Mary Emma Allison was an American school librarian who co-created Trick-or-Treat for UNICEF in 1950. Her three children were the initial participants in the fund raising effort, which by the time of her death had brought in $160 million to be used for the benefit of needy children around the world.

GlobalGiving is 501(c)(3) non-profit organization based in the United States that provides a global crowdfunding platform for grassroots charitable projects. Since 2002, more than 950,000 donors on GlobalGiving have raised more than $430 million to support more than 24,000 projects in 170 countries.

India Development and Relief Fund (IDRF) is a Maryland, USA-based 501(c) (3) tax exempt, non-profit organization that supports impoverished people in India, Nepal and Sri Lanka. IDRF's main goal has always been- to put power and not charity in the hands of those in need. It has always striven to break the cycle of poverty by empowering the marginalized people with skills, services and infrastructure in sustainable development. IDRF's programs span all over India from Jammu and Kashmir to Tamil Nadu, and from Gujarat to Arunachal Pradesh, Nepal and more recently Sri Lanka. Since its inception in 1988, IDRF has disbursed $34 million in grants to various developmental programs pertaining to areas like: education, health, women's empowerment, eco-friendly development, good governance, and disaster relief/rehabilitation. 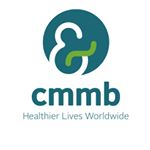 The Catholic Medical Mission Board (CMMB) is an international, faith-based NGO, providing long-term, co-operative medical and development aid to communities affected by poverty and healthcare issues. It was established in 1912 and officially registered in 1928. CMMB is headquartered in New York City, USA, and currently has country offices in Haiti, Kenya, Peru, South Sudan, and Zambia.

Wishing Well Foundation USA is a charity that was founded by husband and wife Elwin and Lisbeth LeBeau in 1995. It seeks to fulfill the wishes of terminally ill children in the United States. The organization has come under criticism in the past for its misleading telemarketer calls and extremely high overhead expenses.