Ud i den kolde sne is a 1934 Danish comedy film directed by Lau Lauritzen Jr. and Alice O'Fredericks. [1] It was Fredericks debut film as a director. The title means "Out in the cold snow" in English. 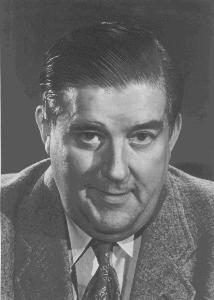 Arthur Jensen was a Danish actor whose career lasted for almost 60 years. He made his début on stage at the Royal Danish Theatre in 1923, and he had his big screen début in the silent film Pas på pigerne in 1930.

Mathilde Nielsen was a Danish actress in the theatre and in Danish cinema. She was known as a figure of matriarchy in Danish film.

Henry Nielsen was a Danish stage and film actor.

The Burning Question is a 1943 Danish drama film directed by Alice O'Fredericks and starring Poul Reumert and Grethe Holmer. Based upon the Thit Jensen's stage play, the film places serious focus on abortion and its consequences. It was one of the first Danish films to highlight the issue of women and women's rights. 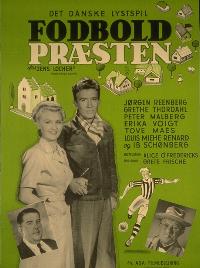 Fodboldpræsten is a 1951 Danish family film directed by Alice O'Fredericks.

Ellen Jansø was a Danish film actress. She appeared in twelve films between 1933 and 1951.

Christian Schrøder was a Danish film actor, screenwriter and director. He was also a captain in the reserve. He appeared in 30 films between 1912 and 1940, mostly farce and comedy. He was born in Middelfart, Denmark, and died in Copenhagen, Denmark.

Alex Suhr was a Danish film actor. He appeared in 32 films between 1923 and 1963. He was born in Copenhagen, Denmark and died in Denmark.

Clara Østø was a Danish film actress. She appeared in 22 films between 1934 and 1979. She was born Laurita Clara Hansine Østergaard Olsen in Århus, Denmark and died in Copenhagen.

Edith Schlüssel was a Danish film editor active from 1934 to 1972. She often worked with director Carl Theodor Dreyer.

Aase Othlo Barfod Clausen was a Danish beauty model and film actress, who In 1932, became the fifth Miss Europe, and the first Danish to earn the title. She was the fifth winner of the Miss Denmark beauty pageant contest. She also participated in the 1932 edition of Miss Universe.