Uganda is a country in East-Central Africa, west of Kenya, east of the Democratic Republic of the Congo.

Uganda or Ugandan may also refer to:

This disambiguation page lists articles associated with the title Uganda.
If an internal link led you here, you may wish to change the link to point directly to the intended article. 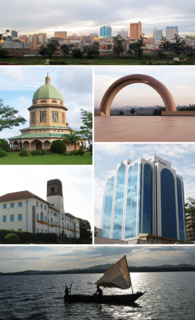 Kampala is the capital and largest city of Uganda. The city proper was estimated to have a population of 1,650,800 people on 31 July 2019 and is divided into the five boroughs of Kampala Central Division, Kawempe Division, Makindye Division, Nakawa Division, and Rubaga Division. 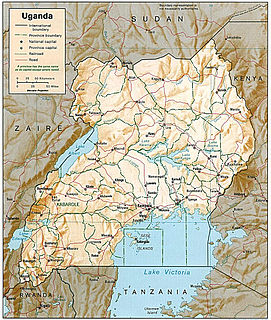 Eastern may refer to:

Port Bell is a small industrial centre in the greater metropolitan Kampala area, in Uganda. Port Bell has a rail link and a railroad ferry wharf used for International traffic across Lake Victoria to Tanzania and Kenya.

Kisumu is the third-largest city in Kenya and the second-largest city in the Lake Victoria Basin. The city is the headquarters of the Lake Region Economic Bloc, which is a conglomeration of 14 counties in Western Kenya. In 2006, the UN-Habitat designated Kisumu City as the first UN "Millennium City" in the world. It is the largest and principal city of Western Kenya, and the most important inland port in the Lake Victoria circuit. Kisumu is not far from K'Ogelo, a village known for being the hometown of Barack Obama Sr., the father to the 44th president of the United States. 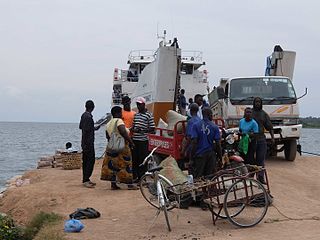 Lake Victoria ferries are motor ships for ferry services carrying freight and/or vehicles and/or passengers among Uganda, Tanzania, and Kenya on Lake Victoria. 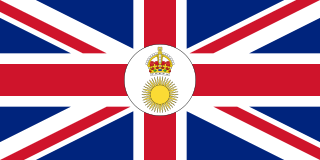 The Imperial British East Africa Company (IBEACO) was a commercial association founded to develop African trade in the areas controlled by the British Empire. The company was incorporated in London on 18 April 1888, and granted a royal charter by Queen Victoria on 6 September 1888. It was led by William Mackinnon and built upon his company's trading activities in the region, with the encouragement of the British government through the granting of an imperial charter—although it remained unclear what this actually meant. 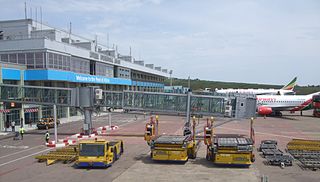 Entebbe International Airport is the principal international airport of Uganda. It is located about 6 kilometres (3.7 mi) southwest of the town of Entebbe, on the northern shores of Lake Victoria. This is approximately 40 kilometres (25 mi) by road south-west of the central business district of Kampala, the capital and largest city of Uganda. 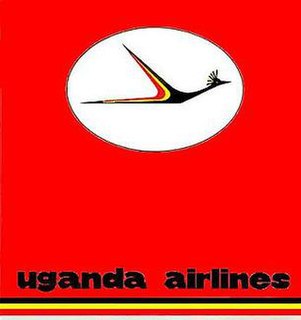 Uganda Airlines was the flag carrier of Uganda. The airline was established in May 1976, and started operations in 1977. It was headquartered in Entebbe, Wakiso District, Uganda, and operated from its hub in Entebbe International Airport. 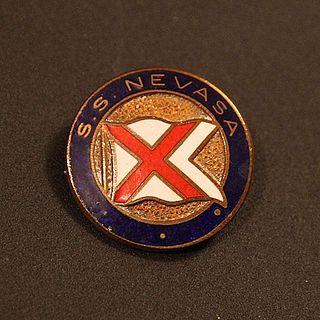 The Night Ferry was an international boat train from London Victoria to Paris Gare du Nord that crossed the English Channel on a train ferry. It ran from 1936 until 1939 when it ceased due to the onset of World War II. It resumed in 1947, ceasing in 1980. It was operated by Compagnie Internationale des Wagons-Lits until 1977 and then British Rail.

East African Airways Corporation, more commonly known as East African Airways, was an airline jointly run by Kenya, Tanzania, and Uganda. It was set up on 1 January 1946, starting operations the same year. The airline was headquartered in the Sadler House in Nairobi, Kenya. The corporation was dissolved in 1977 amid deteriorated relations among the three countries. 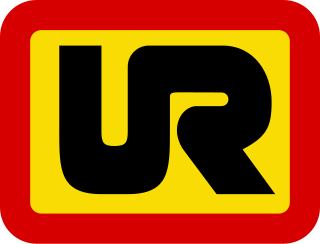 Uganda Air Cargo Corporation (UACC),, is an airline based in Kampala, Uganda. It operates scheduled and charter services for both passengers and cargo.

SS Nyanza is a disused passenger-cargo steamer on Lake Victoria in East Africa. She is one of seven Clyde-built ships called Nyanza that were launched between 1867 and 1956. 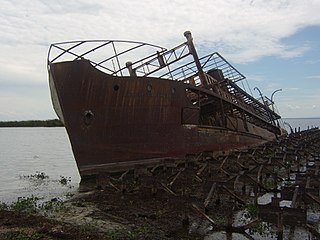 Kenya and Uganda Railways and Harbours (KURH) ran harbours, railways and lake and river ferries in Kenya Colony and the Uganda Protectorate from 1929 until 1948. It included the Uganda Railway, which it extended from Nakuru to Kampala in 1931. In the same year it built a branch line to Mount Kenya.

Uganda Airlines is the flag carrier of Uganda. The company is a revival of the older Uganda Airlines which operated from 1977 until 2001. It began flying in August 2019.