Band members Nick Martin and Matt Johnson met while classmates at a Catholic school, and formed the band together in 1999. [1] They were encouraged to tour by Buck-O-Nine singer Jon Pebsworth very early in their career. [2] Their debut album, Hail Unamerican, appeared in 2004. [3] [4] Following the release of the album, the band played the entire 2004 Warped Tour. [5] A follow-up album, Eleven Eleven, was planned for release in 2006 [6] but was actually issued in 2007. [7] [8] Paul Miner produced the album. [9] The group toured with Chiodos, Scary Kids Scaring Kids, Emery, and The Devil Wears Prada following the release of the album. [10]

Lead singer Nick Martin was part of the live back banding for Chiodos lead singer Craig Owens, as well as a part of the super-group Isles & Glaciers and he played guitar in the defunct Cinematic Sunrise. He did two guest spots for Chiodos last record, as well as toured with them for the Vans Warped Tour 2009. He was the first of two guitarists announced for Craig Owens' new band. [11] The name of Owens' band is D.R.U.G.S.

Tanner Wayne acted as fill-in drummer for Scary Kids Scaring Kids as well as Underoath during the Vans Warped Tour 2009. He was recently playing drums for Chiodos. 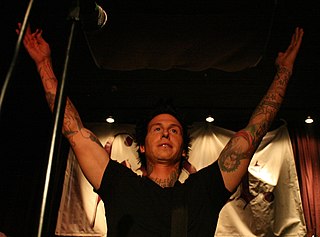 Mest is an American rock band originally formed by lead vocalist and guitarist Tony Lovato, bassist Matt Lovato, drummer Nick Gigler, and guitarist Jeremiah Rangel. They broke up in 2006 after eleven years, but temporarily reformed in California in 2008 for a "final tour." Later, it was announced that the classic lineup of Mest, with Tony Lovato, Matt Lovato, Nick Gigler, and Jeremiah Rangel, would be getting back together.

Matchbook Romance was an American emo band from Poughkeepsie, New York and was formed in 1997. They were signed to Epitaph Records. They released two full-length albums and one EP. Their EP, West for Wishing, released in 2003 was their first recorded album during their time on Epitaph; their full-length debut album, Stories and Alibis, was recorded in the same year. 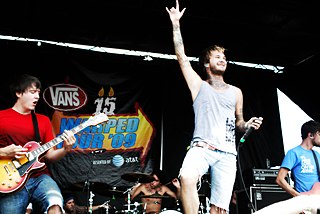 Chiodos was an American post-hardcore band from Davison, Michigan. Formed in 2001, the group was originally known as "The Chiodos Bros," the band's name was a tribute to filmmakers Stephen, Charles, and Edward Chiodo, responsible for the film Killer Klowns from Outer Space. Chiodos released their first full-length album, titled All's Well That Ends Well, on July 26, 2005. Their second album, Bone Palace Ballet, was released in North America on September 4, 2007 and debuted at number 5 on the Billboard 200 and number 1 on the Independent Albums. Warner Bros. Records released Bone Palace Ballet on January 26, 2009, as part of a new distribution deal in the UK. They released their third studio album, Illuminaudio in 2010, and it was the only studio album to feature Brandon Bolmer as lead vocalist and Tanner Wayne as drummer. The band released their fourth and final album, Devil on April 1, 2014, which marked the return of original vocalist Craig Owens and fan favorite drummer Derrick Frost.

Scary Kids Scaring Kids (abbreviated SKSK) is an American post-hardcore band formed in Gilbert, Arizona, United States, in 2002. The band's name was taken from the Cap'n Jazz song of the same name. The group disbanded following a farewell tour in 2010. In 2019, the group reunited for a 15-year anniversary reunion tour in January 2020 and have teased future reunion plans. 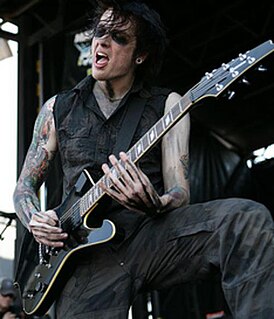 Matthew Aaron Good is an American musician, singer and record producer. He is best known for being the lead guitarist, lead vocalist and the only constant member of the post-hardcore band From First To Last from its conception in 1999 until now. He was formerly the guitarist of grindcore band The Color of Violence, which featured future From First to Last members Travis Richter, Derek Bloom, and Joey Antillon. He joined Chiodos vocalist Craig Owens' band, D.R.U.G.S., eventually moving on to produce music under the name Kit Fysto with friend AJ Calderon. He currently owns and operates a music recording studio in Tempe, Arizona called Good Sounds and plays guitar in From First To Last. He also produced Asking Alexandria's self titled album, which was released on 15 December 2017.

Calico System was an American metalcore band from St. Louis, Missouri. The group formed in 1998 and released several albums under the Eulogy Recordings label after successful LP releases and abundant touring. They announced their disbandment in 2007, stating each member decided to pursue their own career.

Destroy the Runner is an American heavy metal band from San Diego, California, United States. Tim Lambesis of As I Lay Dying managed them for their album Saints, and did so again with Jason Rudolph for their second album I, Lucifer.

Carl Verheyen is an American musician best known for being the guitarist of Supertramp, the leader of the Carl Verheyen Band, and as a Los Angeles session guitarist. He was ranked One of the World’s Top 10 Guitarists by Guitar Magazine and won the LA Music Awards category of Best Guitarist at their 6th annual awards ceremony. He has recorded with such artists as The Bee Gees, Dolly Parton, Victor Feldman, Richard Elliot, and Stanley Clarke and has played guitar on film soundtracks including The Crow, The Usual Suspects, Ratatouille, and Mission: Impossible – Ghost Protocol, and TV shows Cheers, Seinfeld, and Scrubs. 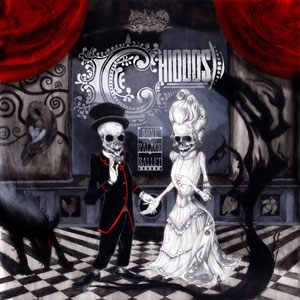 Bone Palace Ballet is the second album by American post-hardcore band Chiodos, released on September 4, 2007. The album takes its name from a literary work of Charles Bukowski. It was their last album with vocalist Craig Owens and drummer Derrick Frost, until they both rejoined the band in 2012.

Danger Radio was an American rock band from Edmonds, Washington.

Dr. Manhattan is an American rock band from Wauconda, Illinois. Their name is a reference to the character from Alan Moore's Watchmen comic books. 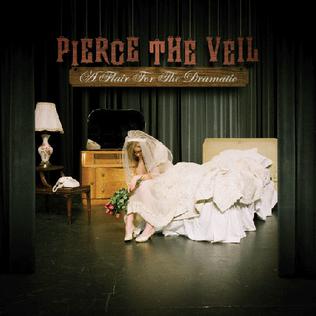 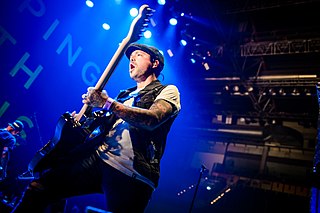 Nicholas Anthony Martin is an American musician. He is known as the current rhythm guitarist for the rock band Sleeping with Sirens and the former member of the band Underminded. Previously he was a guitarist for the band Cinematic Sunrise. Martin has also pursued guitar for the short-lived post-hardcore supergroups Isles & Glaciers and D.R.U.G.S. 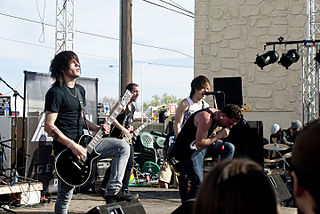 Abandon All Ships is a Canadian metalcore band from Toronto, Ontario. Formed in 2006, it was signed domestically to Universal Music Canada via Underground Operations, along with an American deal to Rise Records and its imprint Velocity Records. 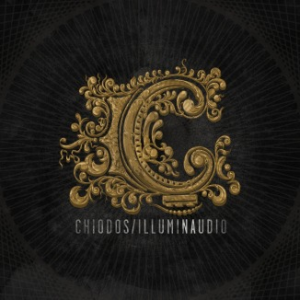 Illuminaudio is the third studio album by American post-hardcore band Chiodos. It was released on October 5, 2010 through Equal Vision Records. Illuminaudio is the first and only studio album from the band with vocalist Brandon Bolmer, formerly of Yesterdays Rising, after the departure of Craig Owens. Owens would return to the band in 2012, replacing Bolmer. This is also the first and only album with drummer Tanner Wayne, formerly of Underminded. He would leave the band in 2012, to be replaced by former drummer Derrick Frost. This is also the last album with original guitarist Jason Hale. He would leave the band in 2012 to be replaced by The Fall of Troy's guitarist and vocalist Thomas Erak. As of March 2014, the album has sold 49,000 copies in the United States. 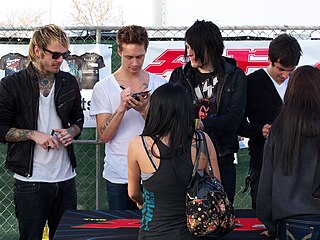 Destroy Rebuild Until God Shows is an American post-hardcore supergroup, formed in 2010. They released their debut self-titled album on February 22, 2011. 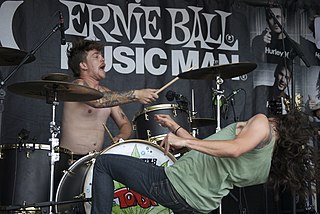 Andrew Tanner Wayne is an American musician, best known for being the former drummer of Underminded, Scary Kids Scaring Kids, and Chiodos. He has also filled in on drums for Underoath. He is currently the drummer for Swedish metal band In Flames.