University Press of America is an academic publisher based in the United States. Part of the independent Rowman & Littlefield Publishing Group, it was founded in 1975 and states that it has published "more than 10,000 academic, scholarly, and biographical titles in many disciplines". It acquired Rowman & Littlefield in 1988 and took that name for the parent company.

May 12 is the 132nd day of the year in the Gregorian calendar. 233 days remain until the end of the year. 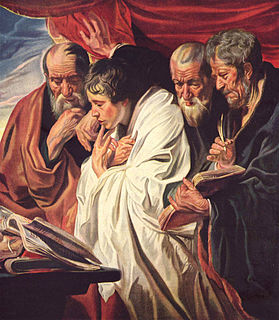 In Christianity, evangelism is the commitment to or act of publicly preaching the gospel with the intention to share the message and teachings of Jesus Christ. Christians who specialize in evangelism are often known as evangelists, whether they are in their home communities or serving as missionaries in the field although some Christian traditions refer to such people as missionaries in either case. In addition, Christian groups who encourage evangelism can be referred to as evangelistic.

Norman E. Bowie is professor emeritus at the University of Minnesota. Until his retirement in 2009 he was Elmer L Andersen Chair of Corporate Responsibility and served in the departments of strategic management and of philosophy. He is an important voice in ongoing debates over business ethics, in which his own voice has been in favor of the Kantian view of ethics as a Kingdom of Ends.

The University Press of Kentucky (UPK) is the scholarly publisher for the Commonwealth of Kentucky, and was organized in 1969 as successor to the University of Kentucky Press. The university had sponsored scholarly publication since 1943. In 1949 the press was established as a separate academic agency under the university president, and the following year Bruce F. Denbo, then of Louisiana State University Press was appointed as the first full-time professional director. Denbo served as director of UPK until his retirement in 1978, building a small but distinguished list of scholarly books with emphasis on American history and literary criticism.

Gary Robert Habermas is an American New Testament scholar and Christian apologist who frequently writes and lectures on the resurrection of Jesus. He is a Distinguished Professor of Philosophy and Theology at Liberty University.

David G. Dalin is an American rabbi and historian, and the author, co-author, or editor of twelve books on American Jewish history and politics, and Jewish-Christian relations.

Brigitte Lebens Nacos is an Adjunct Professor in political science at Columbia University. She has written on the news media, the politics of Germany, and terrorism.

George E. McCarthy is a professor of sociology at Kenyon College in Gambier, Ohio, USA.

David Cortright is an American scholar and peace activist. He is Director of Policy Studies at the Kroc Institute for International Peace Studies at the University of Notre Dame and Chair of the Board of the Fourth Freedom Forum. Cortright has a long history of public advocacy for disarmament and the prevention of war.

Matthew Levitt is the Fromer-Wexler Fellow and director of the Jeanette and Eli Reinhard Program on Counterterrorism and Intelligence at the Washington Institute for Near East Policy and an adjunct professor in Georgetown University's Center for Security Studies (CSS). From 2005 to early 2007 he was a deputy assistant secretary for intelligence and analysis at the U.S. Department of the Treasury. In that capacity, he served both as a senior official within the department's terrorism and financial intelligence branch and as deputy chief of the Office of Intelligence and Analysis. From 2001 to 2005, Levitt served the Institute as founding director of its Terrorism Research Program, which was established in the wake of the September 11 attacks. Previously, he provided tactical and strategic analytical support for counter-terrorism operations at the FBI, focusing on fundraising and logistical support networks for Middle Eastern terrorist groups. During his FBI service, Levitt participated as a team member in a number of crisis situations, including the terrorist threat surrounding the turn of the millennium and the September 11 attacks.

A university press is an academic publishing house that is typically affiliated with a large research university.

Carl J. Richard is a Professor of History at the University of Louisiana at Lafayette. He specializes in early American history and U.S. intellectual history. He has published several books over the years. He received a Ph.D. from Vanderbilt University in 1988.

Terry Lee Anderson is the William A. Dunn Distinguished Senior Fellow and former Executive Director and President of the Property and Environment Research Center (PERC) as well as the John and Jean De Nault Senior Fellow at the Hoover Institution, Stanford University (source?). Anderson's works argue that market approaches can be both economically sound and environmentally sensitive. His research helped launch the idea of free market environmentalism and has prompted public debate over the proper role of government in managing natural resources. He is the co-chair of Hoover's Property Rights, Freedom, and Prosperity Task Force.

Globe Pequot is a book publisher and distributor of outdoor recreation and leisure titles that publishes 500 new titles. Globe Pequot was acquired by Morris Communications in 1997. Lyons Press was acquired in 2001. It was sold to Rowman & Littlefield in 2014.

Tom Rockmore is an American philosopher. Although he denies the usual distinction between philosophy and the history of philosophy, he has strong interests throughout the history of philosophy and defends a constructivist view of epistemology. The philosophers whom he has studied extensively are Kant, Fichte, Hegel, Marx, Lukács, and Heidegger. He received his Ph.D. from Vanderbilt University in 1974 and his Habilitation à diriger des recherches from the Université de Poitiers in 1994. He is Distinguished Professor Emeritus at Duquesne University, as well as Distinguished Humanities Chair Professor at Peking University.

Charles Taliaferro is an American philosopher specializing in theology and philosophy of religion. He is a professor of philosophy at St. Olaf College, a senior research fellow at the Institute for Faithful Research, and a member of the Royal Institute of Philosophy. He is the author, co-author, editor, or co-editor of twenty books, most recently The Image in Mind; Theism, Naturalism and the Imagination, co-authored with the American artist Jil Evans. He has been a visiting scholar or guest lecturer at a large number of universities, including Brown, Cambridge, Notre Dame, Oxford, Princeton, and the University of Chicago. Since 2013 Taliaferro is editor-in-chief of the journal Open Theology.

Peggy DesAutels is an American academic working as a professor of philosophy at the University of Dayton. Her research focuses on moral psychology, feminist philosophy and philosophy of mind and cognitive science.

Raphael Sassower is a professor of philosophy at the University of Colorado Colorado Springs (UCCS). His academic contributions have been in the fields of economics, medical theory and methodology, science and technology, postmodernism, education, aesthetics, and Popperian philosophy. He is also a leader in the field of postmodern technoscience.