Upper Keremeos is a ghost town located in the Similkameen region of British Columbia, Canada. The town is situated on the east side of Keremeos Creek, near the village of Keremeos. [1] 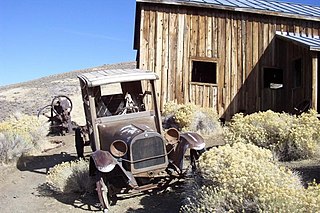 Highway 3A is the designation of two segments of highway in the southern part of British Columbia.

Hedley is an unincorporated town in southern British Columbia, Canada, named after Robert R. Hedley, the manager of the Hall Smelter in Nelson. Hedley is located at the foot of Nickel Plate Mountain in the Similkameen. The town had a population of approximately 242 as of 2016. In the early 1900s, Hedley's population peaked over 1,000 people, primarily due to the gold mining industry. The Hedley Museum and the Mascot Mine Museum display artifacts and photographs from this era.

Boundary-Similkameen is a provincial riding formed in 2008. It includes the populations of Penticton-Okanagan Valley, West Kootenay-Boundary and Yale-Lillooet. The riding's name corresponds to that of a former riding in the same area, with similar but not identical boundaries.

Okanagan-Boundary was a provincial electoral district in the Canadian province of British Columbia spanning the area from the Similkameen towns of Kaleden and Keremeos to Grand Forks and Christina Lake, and including the southern Okanagan towns of Okanagan Falls, Oliver, Osoyoos, Rock Creek and Greenwood. The riding first appeared in the 1991 election as the result of a redistribution of the former riding of Boundary-Similkameen. The same area is now part of West Kootenay-Boundary. 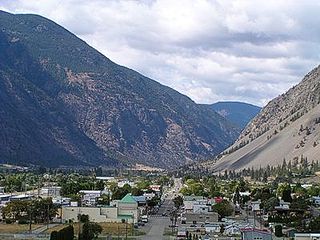 Keremeos is a village in the Southern Interior of British Columbia, Canada. The name originated from the Similkameen dialect of the Okanagan language word "Keremeyeus" meaning "creek which cuts its way through the flats" referring to Keremeos Creek which flows down from the Upper Benchlands to the Similkameen River that runs by the village. Local legend claims the name means "the meeting of the winds" and joke that the only time it's calm is when the wind blows equally from all four directions.

Keremeos Columns Park is a provincial park in British Columbia, Canada. Established in 1931, the park covers a total area of 20 hectares. 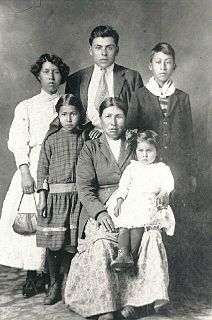 The Okanagan people, also spelled Okanogan, are a First Nations and Native American people whose traditional territory spans the Canada–US boundary in Washington state and British Columbia in the Okanagan Country region. They call themselves the Syilx, a term now widely used. They are part of the Interior Salish ethnological and linguistic grouping. The Okanagan are closely related to the Spokan, Sinixt, Nez Perce, Pend Oreille, Secwepemc and Nlaka'pamux peoples of the same Northwest Plateau region.

Francis Xavier (Frank) Richter Jr. was a Canadian politician, who served as a Member of the Legislative Assembly and Minister of Agriculture and Minister of Mines in the Social Credit government of W.A.C. Bennett in the province of British Columbia. He represented the riding of Similkameen from 1953 to 1966 and its successor riding Boundary-Similkameen from 1966 to 1975.

CIGV-FM is a Canadian radio station, which broadcasts at 100.7 FM in Penticton, British Columbia, with rebroadcasters in Keremeos and Princeton. Founded by The Robinson Family of Great Valleys Radio in 1981, the station was sold to Newcap Radio in 2011, and approved by the CRTC on February 15, 2012. CIGV-FM is the only country music format station in the Okanagan Valley and it was rebranded to its current [when?] Country 100.7 on Friday April 27 [when?] with 5000 songs in a row. On [when?] May 14 at 5:30AM, 'Okanagan Mornings with Troy Scott and Roo Phelps' went on the air. Troy Scott was released from the company in August 2012 and became Program Director of CJSU-FM. 100.7 re-branded the morning show as "Okanagan Mornings with Roo Phelps." Scott George hosts Okanagan Afternoons.

Olalla is an unincorporated settlement in the South Okanagan region of the Southern Interior of British Columbia, Canada, located southwest of Penticton and just north of Keremeos. Kaleden, just northeast beyond Olalla along BC Highway 3A, occupies the pass dividing the Okanagan Valley beyond and the Similkameen Country of which Olalla is a part.

The Ashnola River is a tributary of the Similkameen River, rising in the northeastern part of the North Cascades in Washington, United States, and flowing north into British Columbia, Canada, to join the Similkameen River about halfway along that river's course between the towns of Princeton and Keremeos. The river crosses the international boundary at 49°00′00″N120°19′37″W and transits Cathedral Provincial Park. It has one main tributary, Ewart Creek, which is about 25 kilometres (16 mi) long and begins virtually at the border and is entirely within Cathedral Park.

Richter Pass is a mountain pass to the south of the summit of British Columbia highway 3 between Keremeos (W) and Osoyoos (E), linking the Similkameen Valley with the South Okanagan over the southernmost end of the Thompson Plateau. The pass is traversed by Old Richter Pass Road and is ~650 m (2,130 ft) in elevation though the name is generally used for the route of Highway 3 as well.

Keremeos Centre is a ghost town located in the Similkameen Country region of British Columbia, Canada. The town is situated on the west side of Keremeos Creek.

Fort Similkameen is the site of a former Hudson's Bay Company fort located in the Similkameen region of British Columbia. The fort was also called Fort Keremeos situated near the Similkameen River close to the City of Keremeos.