The Vancouver Woodwind Quintet (VWQ) was a Canadian wind quintet based in Vancouver, British Columbia that was active during the late 1960s and 1970s. The quintet performed roughly 40 concerts a year, both in Vancouver and on tour throughout Canada. Many of their concerts were given in Vancouver schools through the sponsorship of the Vancouver School Board. The ensemble also performed with some frequency on CBC Radio. The group performed a broad repertoire and notably recorded works by several contemporary Canadian composers, including Ingolf Dahl, Carl Nielsen, and Robert Turner. [1]

Founded in 1968, the VWQ was made up of members of the Vancouver Symphony Orchestra and often performed in joint programs with the orchestra. From 1968 to 1970 the Jeunesses musicales du Canada sponsored the group. After 1975 the ensemble no longer toured and the quintet disbanded in the late 1970s. The original members of the ensemble included Robert Creech (horn), Harriet Crossland (flute), Ronald de Kant (clarinet), Roland Small (bassoon), and Warren Stannard (oboe). Creech was the only member to leave the ensemble and he was succeeded by Martin Hackleman in 1976. [1]

The Aeolian Quartet was a highly reputed string quartet based in London, England, with a long international touring history and presence, an important recording and broadcasting profile. It was the successor of the pre-War Stratton Quartet. The quartet adopted its new name in the late 1940s and disbanded in 1981.

Robert Morris Aitken is a Canadian composer and flautist. He began his career as a teenager playing in a number of orchestras, notably becoming the youngest principal flautist in the history of the Vancouver Symphony Orchestra in 1958 at the age of 19. In 1971, he abandoned ensemble performance to pursue a highly successful solo career. He has appeared as a soloist with major symphony orchestras throughout North America, Europe and Asia and has made more than 40 commercial recordings. 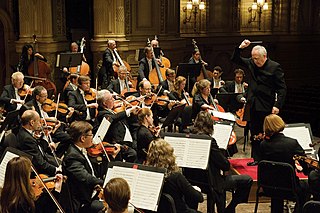 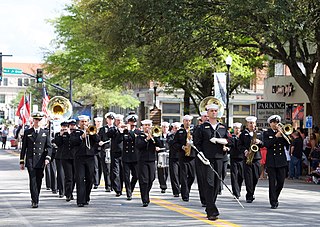 Fleet Band Activities (FBA), formerly the Navy Music Program (NMP), is the central management office for nine active-duty fleet bands of the United States Navy. It is located at Naval Support Activity Mid-South in Millington, Tennessee. FBA has the responsibility of coordinating the assignment and distribution of personnel, equipment and funding to the worldwide activities of navy military bands. It also is responsible for managing the application and audition process for potential navy musicians. Personnel from the FBA work directly with the Bureau of Naval Personnel to meet our musician requirements for the fleet.

Dan Welcher is an American composer, conductor, and music educator.

Thomas Hill is an American clarinetist known for his work as a soloist and chamber musician. He is currently the principal clarinetist of the Boston Philharmonic Orchestra and a member of the Boston Chamber Music Society.

Lan Tung is an erhu performer, concert producer, administrator and composer playing a dynamic role in the Canadian music community. Originally from Taiwan, she incorporates Chinese music with contemporary expressions in her works. At the same time, her strong interest in music outside her tradition has been a major drive in her artistic explorations. As the leader of the Juno Award nominated Orchid Ensemble, Tung has toured extensively in North America, working with composers, musicians, dancers, visual and media artists of various cultural backgrounds.

Robert Edward Creech was a Canadian french hornist, music educator, and arts administrator. He served as Director of the Canadian Music Council from 1975–1979 and Chairman of the Arts Advisory Council of the Canada Council from 1976-1978. In 1991, he was appointed the Chief Executive of the Royal Liverpool Philharmonic Society.

The Soni Ventorum Wind Quintet was an American wind quintet that was officially founded in 1962 when Pablo Casals asked its members to become the woodwind faculty of his newly founded Conservatory of Music of Puerto Rico. It is known worldwide for its many international tours sponsored by the United States Department of State including three tours of South America and three of Europe. Over 25 original chamber works for winds have been written for the members of Soni Ventorum including compositions by Claude Arrieu, William Bergsma, Jean Francaix, Gerald Kechley, Joseph Goodman, John Verrall, and William O. Smith. In 1972 the quintet won the silver medal at the International Instrumental Ensembles Competition in Rio de Janeiro.

Dirk Keetbaas Jr. was a Dutch-born flautist, composer, and record producer in Canada. He became known as a member of the Symphony Six, a group of six musicians under contract to the Toronto Symphony Orchestra who were denied entry to the United States for a concert tour under suspicion of leftist activities.