Avin "Vin" Guiang Abrenica (born May 29, 1991) is a Filipino actor who appeared as a contestant on the reality-based talent search show Artista Academy [1] [2] and later won the competition with Sophie Albert. He is known for biggest break as Jepoy Madrigal in Wildflower and Elmer Marasigan, the villain and rival of Alex in A Soldier's Heart.

After his win in Artista Academy, Vin was cast as the male lead in Never Say Goodbye, [3] a primetime series that aired on TV5. Along with Sophie Albert as the female lead. The cast also included Nora Aunor, Alice Dixson, Gardo Versoza, and Cesar Montano. That same year, he landed the role of Charlie Cadiz in Misibis Bay, [4] a mini serye that inaugurated him as a hunk actor.

In 2015, Vin received a significant project to top-bill the remake of My Fair Lady with Jasmine Curtis Smith. [7]

In 2016, he transferred his talent contract to ABS-CBN and Star Magic. [8] He has initially made guest appearances in Ipaglaban Mo and Maalaala Mo Kaya. In the original plan for the primetime series A Love To Last (originally titled The Second Wife), Vin was set to play the role of Julia Barretto's love interest. [9] However, the network executives later decided to cast him as one of Maja Salvador’s leading men in Wildflower. [10] This role has taken another important turning point in his career since it launched him into a more prominent actor.

Vin's final project with the network was the primetime series A Soldier's Heart, where he played Capt. Elmer Marasigan. His character is a villain and the rival of Alex Marasigan, the main character in the series.

After much anticipation, Vin returned to acting in last quarter of 2021 when he signed with GMA Network and ALV Talent Circuit; He made his primary appearance in Tadhana: Kasalanan episode. He is now set to appear as one of the cast in GMA Network's action-adventure series Lolong. [11] [12]

He is a younger brother of ABS-CBN talent Aljur Abrenica, himself a winner on StarStruck: The Next Level. [13] He attended Don Bosco Academy, Pampanga.

He has two more siblings besides Aljur and he is the second oldest amongst his younger siblings, a brother and a sister. Also, he has two nephews, Alas Joaquin Abrenica and Axl Romeo Abrenica.

Abrenica has been dating actress Sophie Albert since June 2013. The two had met the previous year as co-competitors on the talent show Artista Academy , which they both won. [14] Albert and Abrenica initially ended their relationship in 2016, citing "personal and career-related problems", but reconciled in 2018. [15] In December 2020, the couple became engaged. [16] In February 2021, Albert revealed that she and Abrenica had moved in together. [17] That same month, they announced that they were expecting their first child, a daughter. [18] Their daughter was born on March 15, 2021. [19] 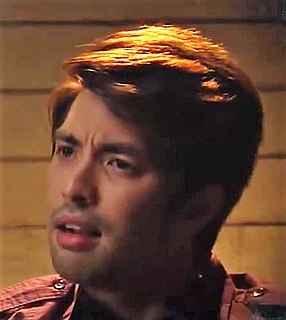 John Ross Sanchez Gamboa, known professionally as Joross Gamboa, is a Filipino actor and model who was a 2nd runner-up in the 1st season of Star Circle Quest. 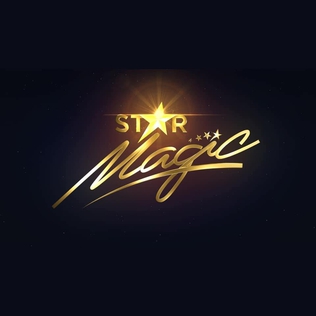 ABS-CBN Center for Communication Arts, Inc., doing business as Star Magic, is the talent agency owned by ABS-CBN Corporation based in Quezon City, Metro Manila, Philippines that was founded in 1992.

Joseph Cecil Marco is a Filipino actor, model, singer and endorser who played the role of Santi Domingo in the GMA Network Philippine drama series La Vendetta and who is currently a Star Magic artist in the ABS-CBN, who appeared in Sabel, Honesto, Pasión de Amor and played Diego Torillo in Wildflower . Before this, he used to appear on several commercials like E-Aji Dip Snax, Downy and Head & Shoulders. On September 15, 2007, he was launched as part of the 15 new discoveries of GMA Artist Center, and was one of the first few who was quickly given a project via La Vendetta.

Michael Paulo Lingbanan Avelino is a Filipino actor. Known in television series such as Walang Hanggan (2012), Bridges of Love (2015), The General's Daughter (2020) he made a breakthrough role as Gregorio del Pilar in the Philippine war epic Heneral Luna (2015), which he reprised in a titular role for its sequel, Goyo: Ang Batang Heneral (2018).

Carlo "Carl" Guevara is a Filipino actor and model. Guevara started his career when he and his brother Paolo joined the Be Bench / The Model Search where he won along with Regine Angeles.

All My Life is a 2009 Philippine television drama romance series broadcast by GMA Network. Directed by Mac Alejandre and Andoy Ranay, it stars Aljur Abrenica and Kris Bernal. It premiered on June 29, 2009 on the network's Telebabad line up. The series concluded on September 18, 2009 with a total of 60 episodes. It was replaced by Ikaw Sana in its timeslot.

Artista Academy is a Philippine talent and reality show aired on TV5. Hosted by Cesar Montano and Marvin Agustin in cooperation with the Asian Academy of Television Arts (AATA), it premiered on July 30, 2012. The show aims to find new talented actors and actresses, with ₱20 million worth of prizes and an artist management contract at stake. The show had its one-time Grand Audition at the Smart Araneta Coliseum on June 19, 2012 for all aspirants between 16 and 22 years old. The show ended on October 27, 2012 through the "awards night" at the Smart Araneta Coliseum, having Vin Abrenica and Sophie Albert as winners.

Benjamin Quiambao Sapida, previously known by his screen name was Vince Saldaña and now Benjamin Alves is a Filipino actor and model under the management of GMA Network.

Never Say Goodbye is a Philippine television drama broadcast on TV5. It aired from February 11 to May 10, 2013. 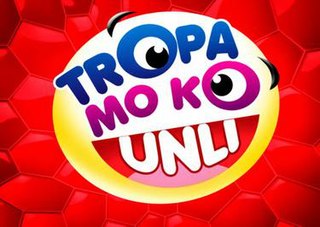 Tropa Mo Ko Unli Spoof is a weekly gag show produced by the TV5 Entertainment Group and it is aired every Saturday at 7:00pm (PST) on TV5. Its format similar to Tropang Trumpo which has been aired from 1994 to 1999. The title is a merger between Tropang Trumpo and Lokomoko U, resulting in Ogie Alcasid's return/arrival to TV5.

Renz Marion Aluquin Fernandez is a Filipino actor. He is the son of Rudy Fernandez and Lorna Tolentino and grandson of film director Gregorio Fernandez. He is a contract star of ABS-CBN's Star Magic, but in 2013 he starred in the GMA television series Prinsesa ng Buhay Ko as Luis Grande. He worked with his half-brother Mark Anthony Fernandez for their father's film Matimbang pa sa dugo (1995) and Magpakailanman episode Lubog sa putik is based on 2009 Quezon floods.

Bianca Regina Lyttle Reyes, professionally known as Sophie Albert, is a Filipino actress and television personality of European and Chinese descent. She joined the GMA Network in 2017.

Kelvin Miranda is a Filipino actor, model and singer.

The following is a list of notable events that are related to Philippine music in 2020.

The Padilla family is a Filipino family of entertainers, politicians and athletes.

Joaquin Andre Ditan Domagoso, popularly known by his stage name Joaquin Domagoso, is a Filipino actor and model currently on GMA Network. He is the son of actor-turned-politician and current mayor of Manila, Isko Moreno.