Voyage to the End of the Room

Voyage to the End of the Room is a 2003 novel by British author Tibor Fischer, about a wealthy woman who never leaves her apartment.

The central character Oceane is a former dancer who worked in Barcelona's sex industry, before making her fortune in software, and is now rich enough that she need never leave her flat. Inside, she acts out foreign expeditions within her apartment walls in the manner of the hero of J.-K. Huysmans' A Rebours . However, when she receives a letter from a dead lover, memories of her past are stirred up and she sends someone back to investigate. [1] [2]

Critical reaction was generally less positive than for his earlier novels. Shortly before its publication, Fischer had published a vicious attack on Martin Amis and his new novel Yellow Dog , and some critics saw that as a crude publicity stunt to stir up interest for this book; but they found the novel did not live up to Fischer's invective. [3] [2]

Jay McInerney in the NY Times called it "a sort of parody of his earlier work", and found it offered "intermittent" pleasures from good use of language and observation, but its fashionable foreign settings didn't translate into atmosphere and it could be set anywhere thanks to a general vagueness. [3] Steven Poole in The Guardian felt that Fischer was unable to create the voice of a female character, and found the book dominated by "stale", pointless and vague wordplay. [1] Eleanor Black in the New Zealand Herald found the heroine unlikable and hard to identify with. [4] The Chicago Tribune's David L. Ulin said "this book marks a turning point in Fischer's career, the place at which we can no longer offer excuses for his decline". 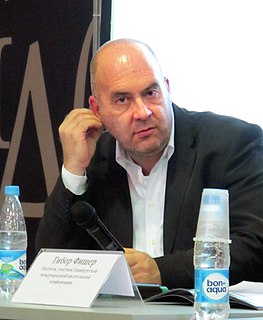 Only Revolutions is an American road novel by writer Mark Z. Danielewski. It was released in the United States on September 12, 2006 by Pantheon Books. It was a finalist for the 2006 National Book Award for Fiction.

Joshua Ferris is an American author best known for his debut 2007 novel Then We Came to the End. The book is a comedy about the American workplace, told in the first-person plural. It takes place in a fictitious Chicago ad agency that is experiencing a downturn at the end of the '90s Internet boom.

The Accidental is a 2005 novel by Scottish author Ali Smith. It follows a middle-class English family who are visited by an uninvited guest, Amber, while they are on holiday in a small village in Norfolk. Amber's arrival has a profound effect on all the family members. Eventually she is cast out the house by the mother, Eve. But the consequences of her appearance continue even after the family has returned home to London.

Rielle Hunter is an American former film producer. She is known for having had an affair with, and a child by, former U.S. Senator John Edwards, while he was a contender for the Democratic presidential nomination in 2008. She is said to be the basis of a character in a Jay McInerney novel.

The Show jumping horse killings scandal refers to cases of insurance fraud in the United States in which expensive horses, many of them show jumpers, were insured against death, accident, or disease, and then killed to collect the insurance money. 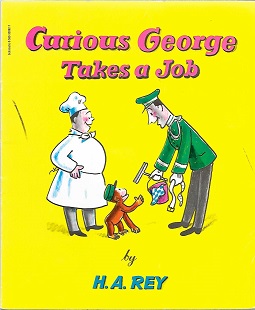 Curious George Takes a Job is a children's book written and illustrated by Margaret Rey and H. A. Rey and published by Houghton Mifflin in 1947. It is the second of the Curious George books and tells the story of George taking a job as a window washer.

Doctor Sleep is a 2013 horror novel by American writer Stephen King and the sequel to his 1977 novel The Shining. The book reached the first position on The New York Times Best Seller list for print and ebook fiction (combined), hardcover fiction, and ebook fiction. Doctor Sleep won the 2013 Bram Stoker Award for Best Novel.

When You Reach Me is a Newbery Medal-winning science fiction and mystery novel by Rebecca Stead, published in 2009. It takes place on the Upper West Side of New York during 1978 and 1979 and follows the protagonist, Miranda Sinclair. She receives a strange note asking her to record future events and write down the location of her spare house key. As the novel progresses, Miranda receives three more notes with requests. The novel contains three storylines — the appearance of Miranda's mom on the game show The $20,000 Pyramid, Miranda's best friend Sal suddenly not talking to Miranda, and the appearance of a laughing man. Central themes in the novel include independence, redemption, and friendship. Stead also wanted to demonstrate the possibilities that she saw in time travel. The author hoped to show her children what New York was like in her childhood, and demonstrate how in an earlier time children were more self sufficient.

Henry and Beezus is the second book in the Henry Huggins series. This humorous children's novel was written by Beverly Cleary and published in 1952. Henry comes up with many ways to earn money for the new red bicycle he wants, but they all seem to end up with him in trouble. Finally his friend Beezus gives him an idea that actually works. 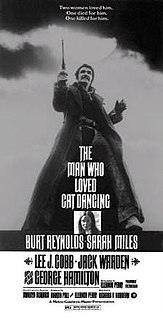 The Man Who Loved Cat Dancing is a 1973 American Western film adaptation of Marilyn Durham's novel of the same name directed by Richard C. Sarafian, written by Eleanor Perry and William W. Norton, and starring Burt Reynolds and Sarah Miles.

The Luminaries is a 2013 novel by Eleanor Catton. Set in New Zealand's South Island in 1866, the novel follows Walter Moody, a prospector who travels to the West Coast settlement of Hokitika to make his fortune on the goldfields. Instead, he stumbles into a tense meeting between twelve local men, and is drawn into a complex mystery involving a series of unsolved crimes. The novel's complex structure is based on the system of Western astrology, with each of the twelve local men representing one of the twelve signs of the zodiac, and with another set of characters representing planets in the solar system. 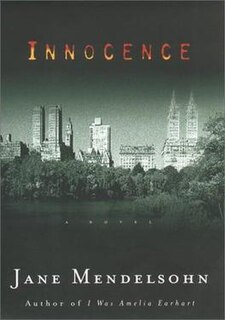 Innocence is a bestselling horror novel by Jane Mendelsohn, first released on August 28, 2000 through Riverhead Books. It tells the coming-of-age story of a teenage girl named Beckett, and addresses themes of innocence, loss, mental illness, sexuality, and femininity.

Forever and a Day is a 2018 James Bond novel written by Anthony Horowitz and featuring original material by James Bond creator Ian Fleming. It was published on 31 May 2018.

Grand Union: Stories is a 2019 short story collection by Zadie Smith. It was published on 3 October 2019 by Hamish Hamilton, an imprint of Penguin Books. 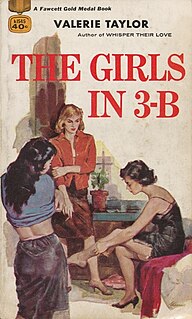 The Girls in 3-B is a classic work of lesbian pulp fiction by Valerie Taylor which was published in 1959 by Fawcett. Its happy ending for a lesbian character was unusual for the time period. It was one of the first three novels of any pulp fiction genre to be reprinted in 2003 by Feminist Press.