Last updated February 22, 2021
Not to be confused with Warsaw Pact.

Warsaw Pakt was a short-lived punk group which were active in the years of 1977-78, [1] though some of its members had heritages linking them to the 1960s underground. This was apparent in their sound, which was a sophisticated punk thrash with plenty of energy but also more structure than some contemporaries.

Drummer Lucas Fox had been in the first incarnation of Motörhead with Larry Wallis of the legendary Pink Fairies, while Colquhoun's other work includes spells in The Deviants and Pink Fairies reunions. Also Mick Farren from The Deviants wrote 4 songs for them, 3 of them were on album and one on single; Safe And Warm, Believe Me Honey, Nose Bleed and Fast Eddie. Song 'Fast Eddie' was re-recorded in 1978 for Mick Farren's solo album 'Vampires Stole My Lunch Money' too, on which Andy Colquhoun play bass guitar and sing back vocals.

Their claim to fame is to have recorded an album (Needle Time) that was in the shops 24 hours after the first note was recorded (viz the session ended at 10 p.m. on Saturday 26 November 1977 and the album was ready to be sold by 7a.m. on Sunday 27 November 1977.). The band was trying to make a point about technology in doing this, and the album sleeve was a 12" square brown bag with stickers and rubber stamping to display the band name and album title.

After Warsaw Pakt, guitarist Andy Colquhoun joined Brian James' Tanz Der Youth, subsequently moved on to the band The Pink Fairies, and then a band with ex-MC5 guitarist Wayne Kramer.

When Needle Time was deleted by Island Records within a week of release (after reputedly selling 5,000 copies), the band released a few out-takes under the title "See You In Court" before evaporating.

Also released a 7" Single on Island, Safe and Warm.

The seminal post-punk band Joy Division (at one time called Warsaw), changed its name to the former in late 1977 for fear of being confused with Warsaw Pakt.

Michael Anthony Farren was an English journalist, author and singer associated with counterculture and the UK underground. 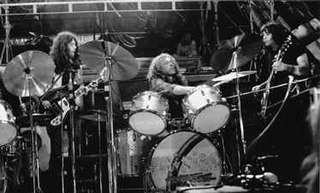 The Deviants were an English rock group originally active in the late 1960s, but later used as a vehicle for the musical work of writer Mick Farren until his death in 2013. 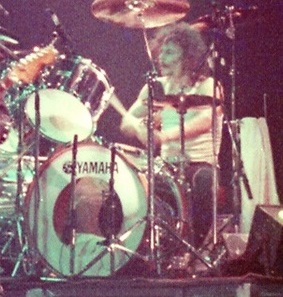 Philip John Taylor, better known as "Philthy Animal", was an English drummer for the rock band Motörhead from 1975–1984 and 1987–1992, recording eleven studio albums and four live albums. The Motörhead line-up consisting of Taylor, Lemmy, and "Fast" Eddie Clarke is generally regarded as the 'classic' line-up of the band.

Lucas Fox is an English drummer who was a member of British rock band Motörhead and London punk rockers Warsaw Pakt. 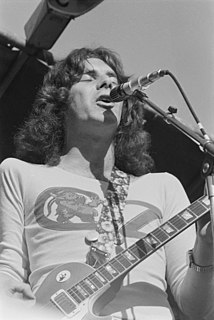 Paul Fraser Rudolph is a Canadian guitarist, bassist, singer, and cyclist. He made his mark in the UK underground music scene, and then as a session musician, before returning to Canada to indulge his passion for cycling. He resided in Gibsons, British Columbia, where he owned and operated a bicycle business, Spin Cycle. He has since retired to Victoria, British Columbia.

Ptooff! is the debut studio album by English psychedelic rock band The Deviants. It was released in 1967 by record label Underground Impresarios.

The Deviants 3 is the third and final album by the UK underground group the Deviants, released in 1969. 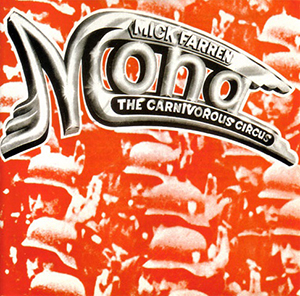 Mona—The Carnivorous Circus is a 1970 album by the UK underground artist Mick Farren. 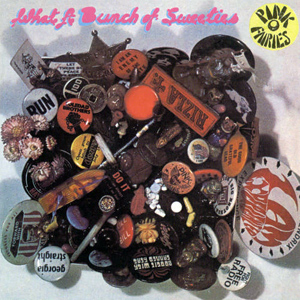 What a Bunch of Sweeties is a 1972 album by the UK underground group Pink Fairies. 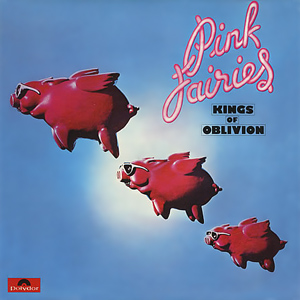 Kings of Oblivion is a 1973 album by the UK underground group Pink Fairies.

Vampires Stole My Lunch Money is a 1978 album by the UK underground artist Mick Farren.

Previously Unreleased is a 1984 album by the English guitarist Larry Wallis, released under the name Pink Fairies. Although released as a 12" 33RPM LP, it actually played at 45RPM making it more of an EP.

Kill 'Em and Eat 'Em is a 1987 album by the UK underground group Pink Fairies.

Human Garbage is a 1984 live album by the UK underground artist Mick Farren and friends, released under the name The Deviants.

Eating Jello with a Heated Fork is 1996 studio album recorded by Mick Farren and friends released under the name Deviants IXVI.

Barbarian Princes is 1999 live album recorded in Japan recorded by Mick Farren and friends released under the name The Deviants.