Welwyn Studios was a British film studio located at Broadwater Road, Welwyn Garden City, in Hertfordshire. The facility operated between 1928 and 1950. [1]

The studios were first constructed by British Instructional Films, and converted to make sound films shortly afterwards. The studios were later taken over by British International Pictures (from 1933, the Associated British Picture Corporation) [2] who used them as the base for production of the company's supporting features as well as an overflow facility for the main complex at Elstree Studios. A number of films were also made there by independent companies.

Welwyn Garden City, anxious to develop the town with home industries, had initially approached A.E Bundy, who had bought British Instructional Films, from Sir Oswald Stoll. Bundy was offered the site on favourable terms and thousands of girders left over after Stoll had enlarged his Surbiton Studios, further reduced the construction cost. H. Bruce Woolfe, producer of significant First World War documentaries, was the major figure at the studios. Welwyn was one of the pioneer studios in Britain - it produced one of the first British sound films, claimed to use the first back-projection shot - in Battles of the Coronel and Falkland Islands - , and was important in the production of British educational films. Woolfe made the popular Secrets of Nature series and war films, the afore-mentioned Battles of the Coronel and Falkland Islands and Tell England . Tell England , a story concerned with the Gallipoli landings, was directed by Anthony Asquith for British Instructional Films, and he was an artist who had been given his first chance at Welwyn studios.

Later films made at Welwyn included The Night Has Eyes (1942) with James Mason, Queen of Spades (1949), Quiet Weekend (1946), Cairo Road (1950), with Eric Portman, No Place For Jennifer (1950) with Leo Genn, and Last Holiday (1950 film) . The studios were apparently not ideal for talkies and noises easily penetrated and made shooting difficult - the 5pm hooter from the nearby Nabisco Shredded wheat factory and the adjacent main-line railway were amongst the distractions. Of the 194 employees in 1950, 46 transferred to Associated British Picture Corporation's studios at Elstree. [3] The three-studio complex was sold in 1951 to a tobacco company. [1] 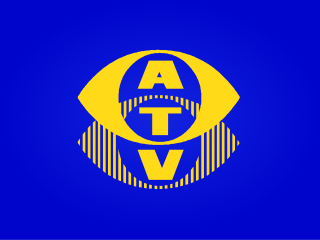 Welwyn Garden City is a town in Hertfordshire, England, 20 miles (32 km) north of London. It was the second garden city in England and one of the first new towns. It is unique in being both a garden city and a new town and exemplifies the physical, social and cultural planning ideals of the periods in which it was built. It is home to four schools, Stanborough School, Monks Walk School, Ridgeway Academy and Knightsfield School.

Elstree Studios is a generic term which can refer to several current and defunct British film studios and television studios based in or around the town of Borehamwood and village of Elstree in Hertfordshire. Studios have been located there since film production began in the area during 1914. 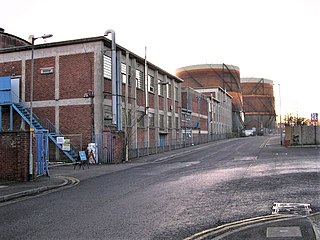 Gate Studios was one of the many studios also known as "Elstree Studios" in the town of Borehamwood, England. Opened in 1928, the studios were in use until the early 1950s. The studios had previously been known as Whitehall Studios, Consolidated Studios, J.H. Studios and M.P. Studios. 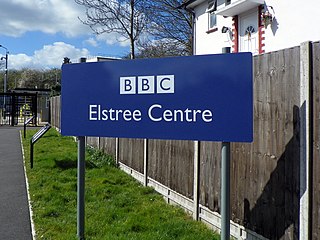 The BBC Elstree Centre, sometimes referred to as the BBC Elstree Studios, is a television production facility, currently owned by the British Broadcasting Corporation (BBC). The complex is located on Eldon Avenue in Borehamwood, Hertfordshire.

British Instructional Films was a British film production company which operated between 1919 and 1932. The company's name is often abbreviated to BIF.

Harry Bruce Woolfe was an English film producer and occasional director who founded British Instructional Films. The company focused on documentaries, nature films, and works concerning World War I. He was himself a veteran so had an interest in using film to re-enact the war. This links to his being referred to as an "ardent imperialist" who intended to tell heroic stories of said war. In addition to work on war films he initiated the Secrets of Nature series.

The Battles of Coronel and Falkland Islands is a 1927 British docudrama film directed by Walter Summers. The film focuses on the naval warfare around the Battle of Coronel and Battle of the Falkland Islands during the First World War. It was the last in a successful series of documentary reconstructions of First World War battles by British Instructional Films made between 1921 and 1927. The film was produced at Cricklewood Studios and on location off Malta and the Isles of Scilly. The film is an entirely fictional recreation with a strong documentary feel.

Ludwig Blattner was a German-born inventor, film producer, director and studio owner in the United Kingdom, and developer of one of the earliest magnetic sound recording devices.

The Elstree Project is an oral history project which began in 2010, interviewing cast and crew members who worked at Elstree Studios. The project is conducted in partnership Howard Berry, a Senior Lecturer at the University of Hertfordshire, and formerly involved Elstree Screen Heritage as a partner. The project is endorsed by the BECTU History Project and Elstree Film Studios.

John Maxwell (1879–1940) was a British film producer. Maxwell was the co-owner of British International Pictures, which emerged as the largest British studio following the Film Act of 1927. Maxwell was a Scottish lawyer who first came into contact with the film industry in 1912. In 1927 he took over the newly constructed British National Studios in Elstree after its founders ran into financial problems. Maxwell built a vertically integrated company incorporating film production, film distribution, initially through Wardour Films, and a large network of cinemas that enabled the company to compete with the leading German and Hollywood firms. Along with the facilities in Elstree, the company also acquired Welwyn Studios in Welwyn Garden City.