Western Australian Farmers Federation (WAFarmers) is an agricultural organisation in Western Australia. In the one hundred years of its existence, the various interactions with other groups, and the separation, then inclusion of political activity, has given the federation a colourful position in the history of Western Australia.

The Farmers and Settlers' Association, [2] together with the Producers' Union, formed the business Westralian Farmers Ltd (known later as Wesfarmers) in 1913. They also established a new political party, the Country Party, to obtain representation in both state and federal parliaments. (The Country party would ultimately become the National Party of Western Australia and the National Party of Australia.)

Large numbers of small-scale farmers, many of them veterans of World War I with backgrounds as mineworkers or in other industries, entered the industry during the 1920s. They formed a new, separate Wheat Growers' Union in 1930, and later became known as the Wheat and Wool Growers' Union (WAWGU). The Union, along with counterparts in other Australian states, was politically closer to the political left than the PPA, and many of its members initially supported the Australian Labor Party (and even included supporters of the Communist Party of Australia). [4] Nevertheless, the two organisations cooperated on a joint committee in 1932, to investigate bulk wheat handling. [5] This led to the creation in 1932 of Co-operative Bulk Handling, financed by Westralian Farmers.

The Australian Labor Party is a major centre-left political party in Australia. The party has been in opposition at the federal level since the 2013 election. Bill Shorten has been the party's federal parliamentary leader since 13 October 2013. The party is a federal party with branches in each state and territory. Labor is in government in the states of Victoria, Queensland, Western Australia, and in both the Australian Capital Territory and Northern Territory. The party competes against the Liberal/National Coalition for political office at the federal and state levels. It is the oldest political party in Australia.

The Communist Party of Australia (CPA) was founded in 1920 and dissolved in 1991. The CPA achieved its greatest political strength in the 1940s and faced an attempted ban in 1951. Though it never presented a major challenge to the established order in Australia, it did have significant influence on the trade unions, social movements, and the national culture.

The Primary Producers' Association created separate sections in 1932 for its commodities (initially wheat, wool and dairy, later adding barley and oats, meat, bees, and poultry) and the political aspects, and in 1944 the political section and the Country Party separated from the PPA completely, forming the Country and Democratic League.

In spite of their political differences the PPA and WAWGU merged in 1946, [6] to form the Farmers' Union of Western Australia. [7] The name was changed in 1982 to the Primary Industry Association, [8] and again in 1987, to the Western Australian Farmers Federation, to more closely align itself with the National Farmers' Federation. 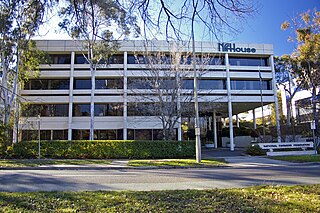 The National Farmers' Federation (NFF) is an Australian non-profit membership–based organization that represents farmers and the agricultural sector in Australia. Historically, NFF was a key player in a number of industrial relations disputes, including Australia's infamous waterfront dispute; the shearing wide comb dispute; and the Mudginberri dispute.

Tom Cleave Stott CBE spent 37 years as an independent member of the South Australian House of Assembly, from 1933 to 1970. He served as Speaker of the House from 1962 to 1965 for the Tom Playford LCL government and 1968 to 1970 for the Steele Hall LCL government, both times in exchange for his confidence and supply vote to form minority governments. 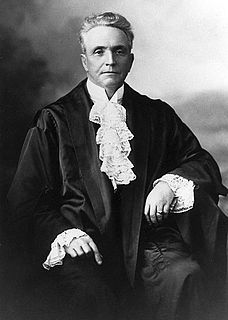 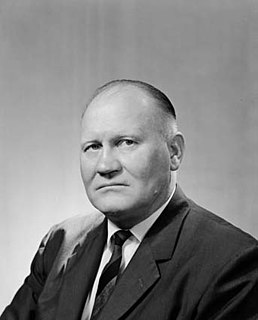 Elections were held in the state of Western Australia on 15 March 1947 to elect all 50 members to the Legislative Assembly. The result was a hung parliament—the four-term Labor government, led by Premier Frank Wise, was defeated with a swing of approximately 7%, but the Liberal-Country Party coalition, led by the Liberal Party leader Ross McLarty, won exactly half of the seats, and needed the support of the Independent members Harry Shearn and William Read to obtain a majority in the Assembly.

Bilbarin is a small town in the Wheatbelt region of Western Australia.

Walgoolan is a small town located in the Eastern Wheatbelt region of Western Australia. It is situated between Merredin and Bodallin along the Great Eastern Highway.

Daniel Eric Kent was an Australian politician, elected as a member of the Victorian Legislative Council in 1970.

Miles Bourke was an Australian farmer who served as the first president of the Victorian Farmers' Federation.

Charles Walter Harper was an Australian agriculturalist who was prominent in the cooperative movement in Western Australia. He was one of the founders of Wesfarmers, serving as its chairman from 1921 to 1953, and also helped establish what is now CBH Group.