Wigan United A.F.C. was an association football club existing from around 1896 [1] into the early 1900s, and was based in Wigan, Lancashire, England.

The 1900–01 season saw the club in the Lancashire League, and rumours circulating around the town suggested they were going to be a great success playing in the Football League within the year. The opposite turned out to be the case, first match was lost to Southport Central 4–1 and things went from bad to worse with the club finishing in tenth place (out of eleven clubs with Stalybridge Rovers as champions). One unusual event which occurred during the season was when Wigan United were due to play at Stalybridge Rovers in a Charity Cup match. The pitch was heavy and waterlogged and, in the opinion of the Wigan United team, unplayable. When they refused to play, the referee ordered the Stalybridge team to take the ball down the field and kick it into the empty net, and then awarded them the game

Season 1901–02 was much better, Wigan United finishing in third place behind champions Darwen and runner-up Southport Central The club wore green and white quartered shirts for this season

The 1902–03 season was a return to reality with the club almost setting a new record for the Lancashire League by playing for the whole season without winning a game. This was averted in the penultimate game of the season when United recorded a 1–3 success, beating local rivals, Chorley, at Rangletts Recreation Ground. The club finished bottom of the twelve team league with Southport Central as champions. At the end of the season the Lancashire league became, in effect, the Second Division of the Lancashire Combination, and the league itself closed. Wigan United did not apply for the new league.

It was rumoured that United were to join the Lancashire Alliance League for the 1903/04 season but no record can be found of results from that year. [2] United then went unreported for a number of years as Wigan Town became the main focus of football in the town, but a photograph exists of Wigan United from 1908 and in 1909 the club joined the newly formed Wigan and District Junior Alliance League. A General Meeting was held on 5 September 1909 naming R. Barlow as secretary and treasurer, John Holland as captain and Chris O'Brian as vice-captain. The meeting also announced that the club would once again use the Westwood ground. [3] The club are recorded as playing against Wigan Shops FC on 28 January 1914 [4] No further records of the club are found as football was suspended for the period of World War 1.

Although not the first club to reside at Springfield Park, United are the oldest pre-dating Wigan County by at least one season.

It is also possible that the club reformed in 1919 and eventually became Wigan Borough in 1920.

For the first few months of season 1900–01 the club played at the West End Ground [5] They then played at Springfield Park between November 1900 and December 1902 when the club's lease expired., [6] after which date, all their games were played away from home

Mossley Association Football Club is a football club in Mossley, Greater Manchester, England. Nicknamed the Lilywhites after the white shirts adopted in 1912, they are currently members of the Northern Premier League Division One North West and play at Seel Park. 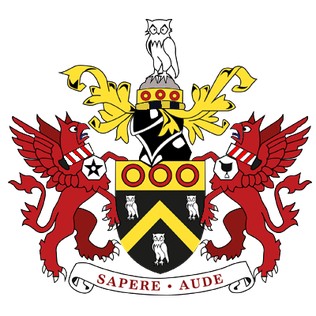 Blackpool Borough was a rugby league club based in Blackpool, Lancashire, England, that played in the Rugby Football League from 1954 until 1993. The club moved to Wigan in 1987 and was renamed Springfield Borough; to Chorley in 1988 and was renamed Chorley Borough; to Altrincham in 1989 and was renamed Trafford Borough, and finally back to Blackpool in 1992 as Blackpool Gladiators. It folded in 1997.

Wigan County F.C. was the first attempt to establish a football club to represent Wigan at national level. They were the first football team to play their games at Springfield Park and would be followed by Wigan United, Wigan Town, Wigan Borough and Wigan Athletic.

The Lancashire League has been the name of two separate football competitions for clubs based in northern England.

Stalybridge Rovers Football Club was an English football club from Stalybridge, Cheshire at the end of the 19th century and early 20th century.

James "Jim" Sharrock was an English professional rugby league footballer who played in the 1900s and 1910s. He played at representative level for Great Britain and England, and at club level for Wigan, as a fullback. In 1917 he joined the Wigan board of directors, and was later a secretary-manager for Rochdale Hornets.

The 1921–22 season was the 41st season of football played by Nelson. It was their first season as a professional club, and their first in the Football League Third Division North, after the restructuring of the English league system. The side ended the season in 16th place in the division, finishing behind Barrow on goal average. The campaign started on 27 August 1921 with a 1–2 defeat by Wigan Borough, which was attended by a then record crowd of 9,000 at Seedhill. Nelson's first win in the Football League came on 3 September 1921, when they beat Wigan Borough 4–1 at Springfield Park. The season ended with a 0–0 draw at home to Tranmere Rovers on 6 May 1922. By the end of the campaign, the side had a league record of 13 wins, seven draws and 18 defeats, giving them a total of 33 points.

The 1922–23 season was the 42nd season in the history of Nelson F.C. and their second as a professional club in the Football League. After finishing 16th in their inaugural Third Division North campaign in 1921–22, the team performed well above expectations under the guidance of player-manager David Wilson and went on to win the league title. The championship was secured with a 2–0 win over Wrexham on 24 April 1923. Nelson ended the season on 51 points, with a record of 24 wins, three draws and 11 defeats in 38 matches.

The 1978–79 season was the 41st season in the history of Wigan Athletic F.C. and their first as a professional club in the Football League. After finishing 2nd in the Northern Premier League during the previous season, the club was nominated to apply for Football League status, and were elected into the league to replace Southport. After a poor start, the club exceeded expectations in the league, and towards the end of the season, a second consecutive promotion seemed possible. The club eventually fell short, finishing the season in 6th place with a total of 55 points.

Birkenhead Wanderers was a semi-professional rugby league club. The club was based in Birkenhead within the Metropolitan Borough of Wirral in Merseyside, England. The club became members of the Northern Rugby Football Union and played for three full seasons from 1901–02 to 1903–04

Wigan Town A.F.C. was a football club from Wigan, Lancashire which operated between July 1905 and May 1908 and was the third club to use Springfield Park.

James Patrick Garvey was an English professional footballer who played as a goalkeeper.