Last updated May 05, 2019
15th-century Bishop of Carlisle and Bishop of Bangor

The Bishop of Bangor is the ordinary of the Church in Wales Diocese of Bangor. The see is based in the city of Bangor where the bishop's seat (cathedra) is at Cathedral Church of Saint Deiniol.

Barrow served three times as Chancellor of the University of Oxford during 1413–17. [1]

The Diocese of Bangor is a diocese of the Church in Wales in north-west Wales. The diocese covers the counties of Anglesey, most of Caernarfonshire and Merionethshire and the western part of Montgomeryshire.

The Diocese of Carlisle was created in 1133 by Henry I out of part of the Diocese of Durham, although many people of Celtic descent in the area looked to Glasgow for spiritual leadership. The first bishop was Æthelwold, who was the king's confessor and became prior of the Augustinian priory at Nostell in Yorkshire. Carlisle was thus the only cathedral in England to be run by Augustinians instead of Benedictines. This only lasted until the reign of Henry III however, when the Augustinians in Carlisle joined the rebels who temporarily handed the city over to Scotland and elected their own bishop. When the revolt was ended, the Augustinians were expelled.

Marmaduke Lumley was an English priest, Bishop of Carlisle from 1429 to 1450, and Knight Commander of the Order of St. John of Jerusalem. He was a son of Ralph de Lumley, 1st Baron Lumley and Eleanor de Neville. He was elected about 5 December 1429, and consecrated on 16 April 1430. He was Bishop of Lincoln for a short time before his death in December 1450. He was educated at University of Cambridge and was appointed Precentor of Lincoln Cathedral in 1425. He also became Chancellor of the University of Cambridge in 1427 and was Master of Trinity Hall, Cambridge from 1429 to 1443. From 1446 to 1449 he served as Lord High Treasurer of England. 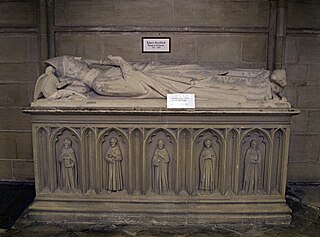 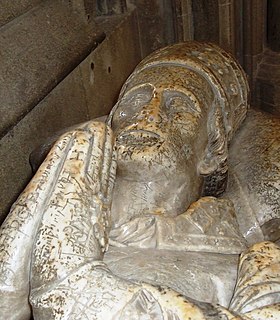 Ralph of Shrewsbury was an English medieval bishop and university chancellor.

Robert Reed was a Bishop of Waterford and Lismore, Bishop of Carlisle and Bishop of Chichester.

William Percy was a late medieval Bishop of Carlisle. He was the fifth son of Henry Percy, 2nd Earl of Northumberland, and his wife Lady Eleanor Neville. Percy was in 1451 appointed to be Chancellor of the University of Cambridge, a post he held until 1456. He was selected 30 August 1452 to be Bishop of Carlisle following the appointment of his predecessor Nicholas Close to the Bishopric of Coventry and Lichfield. Percy was consecrated between 16 November and 18 December 1452. He died on 26 April 1462. 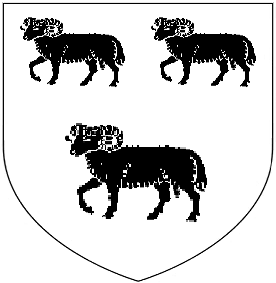 John Gilbert was a medieval Bishop of Bangor, Bishop of Hereford and Bishop of St. David's.

John Stanberry was a medieval Bishop of Bangor and Bishop of Hereford.

Richard Young was a medieval Bishop of Bangor and Bishop of Rochester. 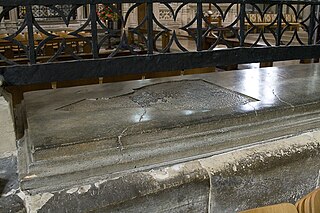 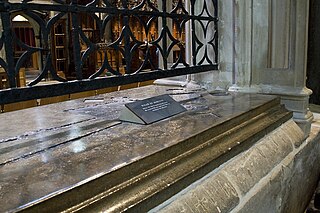 Roger Martival was a medieval Bishop of Salisbury in England.

Christopher Hibbert MC, was an English author, historian and biographer. He has been called "a pearl of biographers" and "probably the most widely-read popular historian of our time and undoubtedly one of the most prolific". Hibbert was a Fellow of the Royal Society of Literature and the author of many books, including The Story of England, Disraeli, Edward VII, George IV, The Rise and Fall of the House of Medici, and Cavaliers and Roundheads.