The Writers Guild of America is the joint efforts of two different US labor unions representing TV and film writers:

The WGAE and WGAW negotiate contracts in unison as well as launch strike actions simultaneously.

Although each Guild runs independently, they perform some activities in parallel: 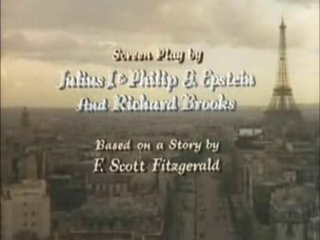 Residuals are financial compensations that are paid to the actors, film or television directors, and others involved in making TV shows and movies in cases of reruns, syndication, DVD release, or online streaming release. Residuals are calculated and administered by industry trade unions like SAG-AFTRA, the Directors Guild of America, and the Writers Guild of America. The word is typically used in the plural form. 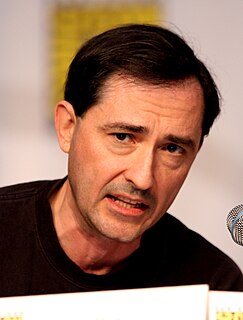 Patric Miller Verrone is an American television writer and labor leader. He served as a writer and producer for several animated television shows, most notably Futurama.

Katherine Fugate is an American film and television writer and producer.

The seventh season of Smallville, an American television series, began airing on September 27, 2007. The series recounts the early adventures of Kryptonian Clark Kent as he adjusts to life in the fictional town of Smallville, Kansas, during the years before he becomes Superman. The seventh season comprises 20 episodes and concluded its initial airing on May 15, 2008, marking the second season to air on The CW television network. Regular cast members during season seven include Tom Welling, Michael Rosenbaum, Kristin Kreuk, Allison Mack, Erica Durance, Aaron Ashmore, Laura Vandervoort, and John Glover. In addition to bringing in new regular cast members this season, the Smallville team brought in familiar faces from the Superman media history, old villains from the show's past, as well as new DC Comics characters Kara Zor-El and Dinah Lance.

Margaret Nagle is a screenwriter, television producer and human rights activist. She has been nominated for two Emmy Awards and won three Writers Guild of America Awards. Nagle began her undergraduate work at UC Berkeley while still in high school attending both simultaneously. She received her bachelor's degree at Northwestern University in Evanston, Illinois.

The 1960 Writers Guild of America strike was a labor dispute held by both Writers Guilds of America, against the Association of Motion Picture Producers. It lasted for 146 days, making it the second longest strike ever held by both unions by just one week less than the 1988 writers strike. This dispute was meant to raise concerns about broadcast royalties for films that air on television.

The 2007–08 Writers Guild of America strike, which began on November 5, 2007, was a labor conflict that affected a large number of television shows that were due to be broadcast in the United States during the 2007–2008 television season. Negotiators for the striking writers reached a tentative agreement on February 8, 2008, and the boards of both guilds unanimously approved the deal on February 10, 2008. Striking writers voted on February 12, 2008, to end the strike immediately, and on February 26, the WGA announced that the contract had been ratified with a 93.6% approval among WGA members.

The 14th ceremony of the Screen Actors Guild Awards, honoring the best in film and television acting achievement for the year 2007, took place on January 27, 2008 and, for the 12th consecutive time was held at the Shrine Exposition Center in Los Angeles, California. It was broadcast live simultaneously by TNT and TBS.

The 2007–2008 CBS News writers strike is a strike action by news writers working for the U.S.-based news broadcaster CBS News. The strike began on November 19, 2007. In addition to CBS News, CBS's locally owned and operated station news operations have been without a contract with the network since April 2005. While most news writers are members of the American Federation of Television and Radio Artists, a labor union representing workers in the entertainment industry, CBS News and CBS-owned news station employees are represented by the Writers Guild of America. On November 19, 2007, employees voted to authorize strike action along with the rest of the guild. Democratic presidential candidates John Edwards, Hillary Clinton, Barack Obama, Chris Dodd, Joe Biden and Bill Richardson said they would not cross picket lines for appearances on interview shows or a candidate debate.

Lisa Albert is an American television writer and producer. She was born in New York City, and is currently based out of Los Angeles, California. Albert originally began working in publishing until she switched to television writing in 1986. She has worked in both capacities on the AMC drama series Mad Men as a writer and producer and has won a WGA Award for her work on the show.

The 1981 Writers Guild of America strike was a 3-month strike action taken to establish compensation in the then-new markets of "pay TV" and home video. Most scripted television series seasons started much later than originally planned as a result.

Christopher Knopf was an American screenwriter and union executive. He served as the president of the Writers Guild of America West (WGAW) and the International Affiliation of Writers Guilds (IAWG). He won two awards from the WGAW: the Morgan Cox Award in 1991 and the Edmund H. North Award in 2002.