The Arena Football League played its inaugural season in 1987 with four teams to introduce the sport to the American public. The Chicago Bruisers, Denver Dynamite, Pittsburgh Gladiators and Washington Commandos comprised the four-team league that ran a schedule from June 19 to August 1. The AFL drew an impressive average of 11,000 fans per game and TV coverage on ESPN. The four teams Pittsburgh (12,856), Denver (12,098/game), [1] Washington (11,525) and Chicago (8,638) drew fairly well in their respective facilities; Washington and Chicago both managed to outdraw the 1984 averages of their respective USFL franchises, the Federals and Blitz. Denver played at the old McNichols Arena, Pittsburgh at the Civic Arena, Washington at the Capital Centre in Landover, Maryland, and Chicago at the Rosemont Horizon in Rosemont, Illinois (now the Allstate Arena and the only one of the initial AFL venues still extant As of 2018 [update] ).

A fifth arena football team, the Miami Vise, played one exhibition game in 1987, later dubbed the "Showcase Game." The Vise defeated the Bruisers, 33–30, on February 26 but did not carry over to the regular season that summer. The AFL formally kicked off on Friday, June 19, 1987, when the host Pittsburgh Gladiators hosted the Washington Commandos at the Civic Arena in Pittsburgh before 12,177 fans.

AFL football officially began at 7:37 pm EDT that night when Washington's Dale Castro kicked the ball into the slack net (the mesh between the field goal posts) resulting in a touchback. The Gladiators took over on their own five-yard line. The very first play from scrimmage saw Pittsburgh quarterback Mike Hohensee hit WR/DB Russell Hairston on a 45-yard touchdown pass; the play would set the tone for the league's wide-open, high-scoring mandate that the game's inventor, James Foster, envisioned. The Gladiators, featuring future Arena Football League Hall of Famer Craig Walls playing against his brother Kendall, went on to win the game 48–46.

Some of the notable performers for Chicago in 1987 included QB Mike Hold, Jr., FB/LB Billy Stone, WR Reggie Smith, DB Durwood Roquemore and future NFL head coach QB Sean Payton, before he was traded to Pittsburgh and later signed with Ottawa of the CFL. [2]

The Denver Dynamite would also featured a backup QB that would go on to an NFL head coaching career: Marty Mornhinweg, who backed up Whit Taylor. Also on the Dynamite roster that year was FB/LB Rob DeVita, WR Durrell Taylor and future AFL Hall of Fame WR Gary Mullen. [1]

Continuing the theme of quarterbacks who would go on to future coaching opportunities was Gladiators QB Mike Hohensee, who yielded the starting role with Pittsburgh early in the season to Brendan Folmar. Hohensee would return to the ArenaBowl nineteen years later in July 2006 by capturing ArenaBowl XX as head coach of the Chicago Rush.

Gladiators WR Russell Hairston had a 67 catches in 1987, good for 1,126 yards and 18 touchdowns (in just 6 games) and would go on to win AFL MVP honors. Also notable on the Pittsburgh roster was DB Mike Stoops who went on to coach the University of Arizona in 2005.

The Washington Commandos featured a high-scoring unit that had WR Dwayne Dixon (68 catches, 11 TDs) and QB Rich Ingold, who led the AFL with 29 TD passes and 1,726 yards.

ArenaBowl I that year featured the Gladiators hosting the Dynamite at Civic Arena; the Pittsburgh fans, however, went home disappointed as the Dynamite walked away with a 45–16 victory, [3] a win that was the first of seven ArenaBowl titles for Denver coach Tim Marcum.

The Chicago Bruisers were a professional arena football team based in Rosemont, Illinois. They were founded in 1987 as a charter member of the Arena Football League (AFL). They played their home games at Rosemont Horizon.

The Chicago Politicians were a team formed in 1986 by Arena Football League founder Jim Foster to play an initial "test game" in Rockford, Illinois, at the MetroCentre. They were defeated by the Rockford Metros, 30–18. The test was deemed successful, as a four-team "demonstration season" was held the next year, and Arena football has been played every year since, although the original Arena Football League itself ceased operations after its 2008 season, and the current organization of that name bought the rights to it in bankruptcy proceedings. Some of the Politicians, went on to play for the Chicago Bruisers and the other charter AFL teams, the Denver Dynamite, Pittsburgh Gladiators, and Washington Commandos. 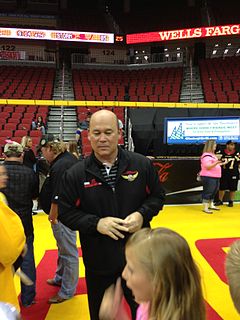 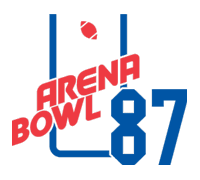 Arena Bowl '87 was the Arena Football League's first Championship Game. It was played on August 1, 1987, at the Civic Arena in Pittsburgh, Pennsylvania. In the game, the #2 Denver Dynamite defeated the #1 Pittsburgh Gladiators by a score of 45–16.

The 1987 Denver Dynamite season was the first season for the Denver Dynamite. Businessman and owner of the Denver Nuggets, Sidney Shlenker announced the forming of the Denver Dynamite. The franchise played in the inaugural four-team "demonstration" season of 1987. Despite the team and league's doubters, the Dynamite tied for the best record in the league with the Pittsburgh Gladiators, going 4–2. On August 1, 1987, the team participated in ArenaBowl I, which they won 45–16 over the Gladiators. The Dynamite were led on offense by quarterback Whit Taylor, and wide receiver Gary Mullen. After winning the ArenaBowl, Head Coach Tim Marcum was named the league's first ever Coach of the Year. After leading the Dynamite to the Despite averaging the league's best attendance with over 12,000 a game, it did not return for the league's second season due to Shlenker refusing to abide by the AFL's financial rules.

Steve Thonn is an American football coach. He was previously was a head coach in the Arena Football League (AFL) for the Houston Thunderbears, Grand Rapids Rampage and Cleveland Gladiators. Thonn is also a former AFL player. He played WR/DB for the Chicago Bruisers (1988) and the Albany Firebirds (1990–1993). He was the offensive coordinator of the Georgia Force from 2004 to 2007 before being hired as the Rampage head coach. 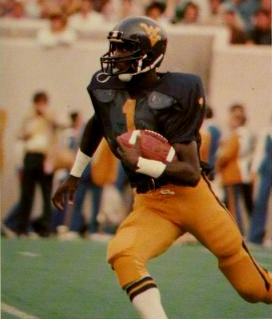 Gary Mullen is a former professional American football and Arena football player who played wide receiver and defensive back for eight seasons for the Denver Dynamite, Chicago Bears, Los Angeles Cobras, Detroit Drive, Cincinnati Rockers and the Milwaukee Mustangs. He was elected into the Arena Football Hall of Fame in 1998.

In 1987, businessman and then-owner of the Denver Nuggets Sidney Shlenker announced the forming of the Denver Dynamite. The franchise played in the inaugural four-team "demonstration" season of 1987. Despite the team and league's doubters, the Dynamite tied for the best record in the league with the Pittsburgh Gladiators, going 4-2.

In 1988, Mike and Marian Ilitch fielded an indoor football team, Detroit Drive, in the Arena Football League. In 1992, he purchased the Detroit Tigers. Purchasing the Tigers led Ilitch to sell the Drive in February 1994 given the leagues' overlapping schedules.