The Extreme Football League is an American women's tackle football league, with games played during the spring and summer months in arenas and stadiums.

Adelaide United Football Club is a professional Association Football club based in Adelaide, South Australia, Australia. The club participates in the A-League under licence from Football Federation Australia. The club was founded in 2003 to fill the place vacated by Adelaide City and West Adelaide in the former National Soccer League (NSL), and is now the sole team from the state of South Australia in the A-League. Adelaide United's home ground is Coopers Stadium, formally Hindmarsh Stadium.

Hartman Arena is a privately managed 5,000-seat multi-purpose arena in Park City, Kansas, United States. It is located northwest of I-135 and 77th Street North in the north Wichita metro area.

The 2012 Arena Football League season was the 25th season in the history of the league. The regular season began on March 9, 2012 with a game between the Pittsburgh Power and the Orlando Predators and ended on July 22, 2012 with a game between the Utah Blaze and Philadelphia Soul. The Arizona Rattlers defeated the Philadelphia Soul by a 72–54 score in ArenaBowl XXV on August 10, 2012 to conclude the playoffs.

The Indian Super League (ISL) is a professional football league which represents the sport's highest level in Indian football system. The league comprises 11 clubs with each season generally running from November to March. During the league stage of the competition, each club will play 20 games against the others in a round-robin style. The top four clubs at the end of the league stage will qualify for the play-offs. The season will then culminate with the ISL Final to determine the champion. The league has been officially known as the Hero Indian Super League since its inception, due to a sponsorship agreement with Hero MotoCorp.

The National Arena League (NAL) is a professional indoor football league that began play in 2017. It consists of teams based on the East Coast of the United States and one team in California. 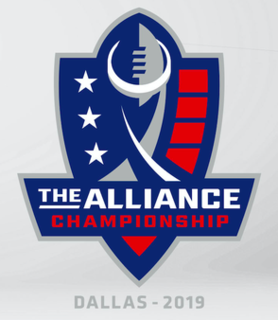 The 2019 AAF season was the only season in the history of the Alliance of American Football (AAF), which began on February 9, 2019. A ten-week regular season was scheduled for each of the league's eight teams.