Dzogchen or "Great Perfection", Sanskrit: अतियोगatiyoga, is a tradition of teachings in Tibetan Buddhism aimed at discovering and continuing in the natural primordial state of being. It is a central teaching of the Nyingma school of Tibetan Buddhism and of Bon. In these traditions, Dzogchen is the highest and most definitive path of the nine vehicles to liberation.

Tibet is a region covering much of the Tibetan Plateau in Tibet Autonomous Region, China. It is the traditional homeland of the Tibetan people as well as some other ethnic groups such as Monpa, Tamang, Qiang, Sherpa, and Lhoba peoples and is now also inhabited by considerable numbers of Han Chinese and Hui people. Tibet is the highest region on Earth, with an average elevation of 5,000 m (16,000 ft). The highest elevation in Tibet is Mount Everest, Earth's highest mountain, rising 8,848 m (29,029 ft) above sea level.

The Second Dzogchen Rinpoche was born in Mongolia. [1]

The 2nd Dzogchen Rinpoche was involved with: "...the establishment of the great treasury, the printing house at Lhundrup Teng in Derge, by his patron, the King of Derge." [1]

A lineage in Buddhism is a line of transmission of the Buddhist teaching that is "theoretically traced back to the Buddha himself." The acknowledgement of the transmission can be oral, or certified in documents. Several branches of Buddhism, including Chan and Tibetan Buddhism maintain records of their historical teachers. These records serve as a validation for the living exponents of the tradition. 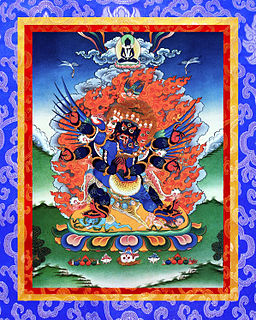 Vajrakilaya or Vajrakumara — the wrathful heruka Vajrakilaya is the yidam deity who embodies the enlightened activity of all the buddhas and whose practice is famous for being the most powerful for removing obstacles, destroying the forces hostile to compassion and purifying the spiritual pollution so prevalent in this age. Vajrakilaya is one of the eight deities of Kagyé.

Yamāntaka is the "lord of death" deity of Vajrayana Buddhism. Sometimes he is conceptualized as "conqueror of death". He belongs to the Anuttarayoga Tantra class of deities popular within the Gelug school of Tibetan Buddhism. 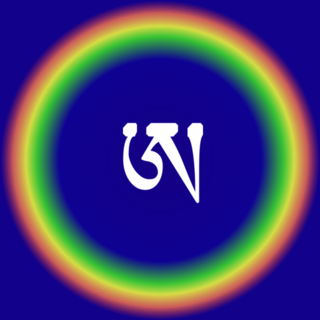 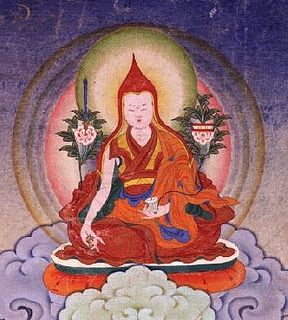 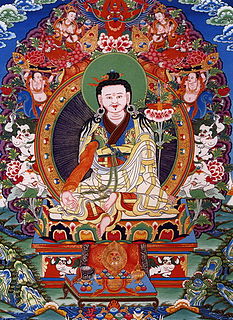 Jigme Lingpa (1730–1798) was a Tibetan tertön of the Nyingma sect of Tibetan Buddhism. He was the promulgator of the Longchen Nyingthik, the Heart Essence teachings of Longchenpa, from whom, according to tradition, he received a vision in which the teachings were revealed. The Longchen Nyingthik eventually became the most famous and widely practiced cycle of Dzogchen teachings. 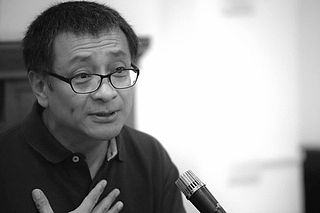 The Five Pure Lights' is an essential teaching in the Dzogchen tradition of Bon and Tibetan Buddhism. For the deluded, matter seems to appear. This is due to non-recognition of the five lights. Matter includes the mahābhūta or classical elements, namely: space, air, water, fire, earth. Knowledge (rigpa) is the absence of delusion regarding the display of the five lights. This level of realization is called rainbow body.

Patrul Rinpoche (1808–1887) was a prominent teacher and author of the Nyingma school of Tibetan Buddhism.

Shechen Gyaltsab (1871–1926) was a principal lineageholder of Tibetan Buddhism. As an ecumenical, he studied with Nyingma and Sarma schools. 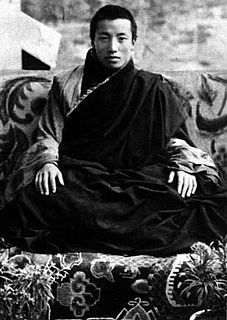 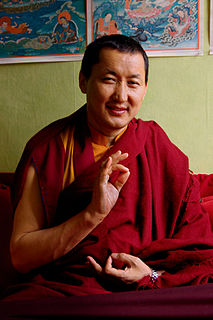 Tulku Kalzang. "The Second through Fifth Dzogchen Rinpoches." From: Essential Summary of the Biographies of the Successive Reincarnations of Dzogchen Pema Rikzin (draft translation by the students of The Dzogchen Ponlop Rinpoche 1998. Web version omits footnotes.)