A Climate for Killing

A Climate for Killing (also known as A Row of Crows) is a 1991 American thriller-drama film written and directed by J. S. Cardone and starring John Beck, Katharine Ross, Steven Bauer and Mia Sara. [1] [2]

Before a rodeo in Yuma, a woman's body is found, presumed murdered by her wealthy husband sixteen years earlier, but the body's much fresher than that.

Arachnophobia is a 1990 American black comedy horror film directed by Frank Marshall and starring Jeff Daniels and John Goodman. It was the first film released by The Walt Disney Studios' Hollywood Pictures label, as well as being the directorial debut of Marshall. The film's story centers on a newly discovered Venezuelan spider being transported to a small American town that produces a new species of deadly spiders, which begin killing the town's residents one by one.

Leonard Michael Maltin is an American film critic and film historian, as well as an author of several mainstream books on cinema, focusing on nostalgic, celebratory narratives.

Katharine Juliet Ross is an American film and stage actress and author. She had starring roles as Elaine Robinson in The Graduate (1967), for which she received a nomination for the Academy Award for Best Supporting Actress; as Etta Place in Butch Cassidy and the Sundance Kid (1969), for which she won a BAFTA Award for Best Actress; and as Joanna Eberhart in The Stepford Wives (1975). She won a Golden Globe for Voyage of the Damned (1976).

Lionheart, also known as Lionheart: The Children's Crusade, is a 1987 adventure film directed by Franklin J. Schaffner and produced by Talia Shire and Stanley O'Toole. Shire's brother, Francis Ford Coppola, initially planned to direct the film but instead opted to be executive producer along with Shire's husband, Jack Schwartzman. The screenplay was written by Menno Meyjes and Richard Outten from a story by Meyjes. The composer Jerry Goldsmith wrote the score. The film was released in August 1987. It was distributed by Orion Pictures.

Loving is a 1970 American comedy film released by Columbia Pictures and directed by Irvin Kershner. It is based on the novel Brooks Wilson Ltd. written by pulp magazine illustrator John McDermott under his pen name J.M. Ryan. The movie starred George Segal in the lead role of a philandering illustrator and Eva Marie Saint as his wife. The cast included Sterling Hayden, David Doyle, Keenan Wynn, Roy Scheider and Sherry Lansing. 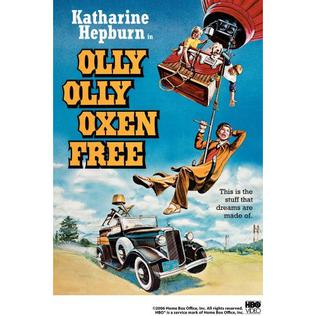 Olly Olly Oxen Free is a 1978 American family adventure film directed by Richard A. Colla and starring Katharine Hepburn. The screenplay by Eugene Poinc is based on a story by Poinc, Colla, and Maria L. de Ossio. The title is derived from "Olly olly oxen free" a phrase used in children's games to indicate that those in hiding came out into the open safely and freely. 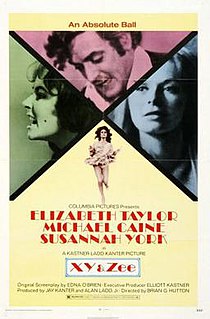 Zee and Co is a 1972 British drama film directed by Brian G. Hutton and starring Elizabeth Taylor, Michael Caine, and Susannah York. Released by Columbia Pictures, it was based upon a novel by Edna O'Brien. The screenplay concerns a middle-aged, bickering couple whose marriage is on its last legs, and the woman who comes between them.

Steven Henry Scheuer was a film and television historian and critic. He edited all seventeen editions of Movies on TV published between 1958 and 1993 and wrote The Movie Book (1974), subtitled A Comprehensive, Authoritative, Omnibus Volume on Motion Pictures and the Cinema World. He was moderator of the syndicated television series All About TV from 1969 to 1990. In 2002, he hosted and produced a 13-program series for public television, Television in America: An Autobiography.

Toxic Zombies is a 1980 horror film directed by Charles McCrann, who also acted in the film. It was classified as a video nasty in the United Kingdom in the 1980s.

Sky Pirates is a 1986 Australian adventure film written and produced by John D. Lamond, and directed by Colin Eggleston. The film was inspired by Steven Spielberg's Raiders of the Lost Ark (1981), as well as borrowing liberally from The Philadelphia Experiment (1984), The Deer Hunter (1978), Dirty Harry (1971) and Mad Max (1979).

The Gardener is a 1974 American horror film written and directed by James H. Kay and starring Joe Dallesandro and Katharine Houghton. 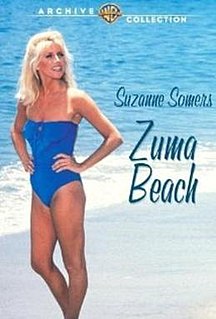 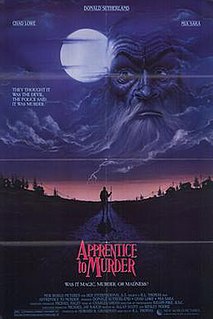 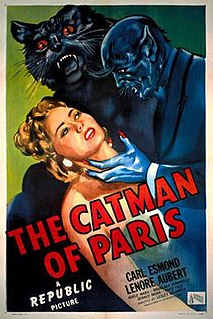 Murder by Phone is is a 1982 American-Canadian science fiction slasher film directed by Michael Anderson. Its plot follows a series of murders committed by a disgruntled phone company employee who designs a device that kills victims when they answer their telephones.