Abbeydale Road and its continuation Abbeydale Road South together are an arterial main road and bus route in Sheffield, South Yorkshire, England. The road begins at a junction with London Road near the former Royal Hotel public house. As Abbeydale Road it leads south-west from the suburb of Highfield, becoming Abbeydale Road South near Millhouses Park and leading to the railway bridge over the Dore and Chinley Railway, before becoming Baslow Road.

The road forms part of the A621. The road passes Highfield, Abbeydale, Millhouses, Beauchief and Abbeydale Park.

In Nether Edge, Abbeydale Road is home to the historic Abbeydale Picture House. [1] Until 8 October 1960, trams of the Sheffield Tramway ran from Sheffield City Centre along Abbeydale Road to Millhouses terminus. The road has been converted to a dual-carriageway from Millhouses to the Baslow Road railway bridge. 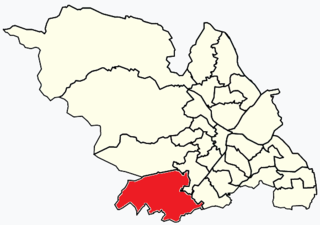 Abbeydale Picture House is a former cinema in Sheffield, England. When opened by the Lord Mayor of Sheffield on 20 December 1920 the picture house was the largest and most luxurious cinema in Sheffield, often referred to as the "Picture Palace" because of the luxurious cream and gold colour scheme, and dark mahogany seats trimmed with green velvet. The picture house also boasted many intricate decorations and carvings, a mosaic floor in the foyer and a glass canopy with a marble pillar to the outside of the building.

Abbeydale is an area in the City of Sheffield, England that follows the valley of the River Sheaf. It covers many districts of Sheffield in the south-west of the city running roughly from Heeley Bridge in the district of Heeley to Dore Road between Beauchief and Totley. It is named for the Abbey that existed at Beauchief from the 12th century to 1537.

London Road is a shopping street in Sheffield, England. It leads south from the city centre near Moorfoot, parallel to Bramall Lane, through Sharrow, Highfield, Lowfield and Heeley, before becoming Chesterfield Road in Meersbrook next to The Crown Inn. Near Heeley Bridge was Heeley railway station, opposite the Bridge Inn. The road ended at Toll Bar bridge on the Meers Brook, the former boundary between Yorkshire and Derbyshire. 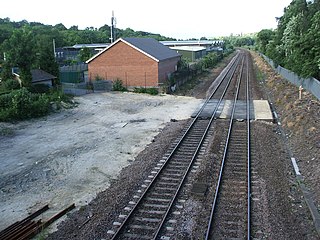 Millhouses engine shed was an engine shed in Millhouses, Sheffield. It was built by the Midland Railway in 1901 as Ecclesall engine shed, to serve the Midland Main Line. It was used mainly to stable passenger and mixed-traffic locomotives for use on trains from the nearby Sheffield Midland station. The shed was built next to Millhouses railway station; it had 8 dead end roads, and could handle about forty steam locomotives. Ecclesall shed was renamed Millhouses in 1920. Millhouses bore the shed code 25A, then 19B in 1935 and finally 41C in 1958. 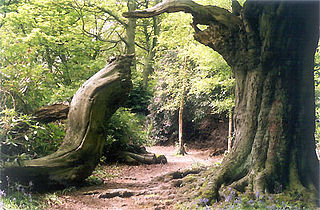 Ecclesall Woods is an area of woodland in south-west Sheffield, South Yorkshire, England, between Abbeydale Road South and Ecclesall. It covers approximately 350 acres (1.4 km2) of mature semi-natural deciduous woodland which was previously used for timber and charcoal, and is currently managed by the city council for the benefit of wildlife and visitor access. There are two roads and over 15 km of public footpaths running through the woods. The Abbeydale miniature railway is located within the woods. 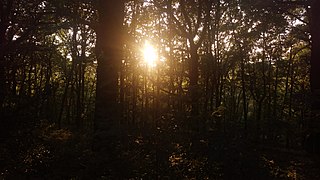 Hutcliff Wood and Marriott Wood are two areas of ancient woodland in Sheffield, South Yorkshire, England. They occupy the steep southeastern side of the Abbeydale valley between Archer Road and Abbey Lane, separated by the River Sheaf and the railway line from Millhouses Park. Hutcliffe Wood Road divides the two areas of woodland, Hutcliff Wood to the west and Marriott Wood to the east.

Beauchief Gardens is a small area of formal parkland in south-west Sheffield. The gardens lie between Abbeydale Road South to the north-west, the River Sheaf and the railway line to the south and Beauchief Dam to the east. The gardens were donated to the city by the J. G. Graves Trust in 1935, following the earlier donation, two years previously, of Abbeydale Industrial Hamlet. The gardens had always been well kept and had their own gardener. The level of care had declined until the 1990s, when the Friends of Millhouses Park accepted the challenge of restoring the gardens. Clean-up events were organised in November 2004 and March 2005 to bring back the gardens to an acceptable level, which is the state the gardens are in now.

Millhouses Park is a public urban park located in the Millhouses neighbourhood in south of Sheffield, England. It is a 12.87-hectare (31.8-acre) park stretching approximately 0.75 miles (1.2 km) along the floor of the valley of the River Sheaf, sandwiched between Abbeydale Road South (A621) and the railway tracks of the Midland Main Line. 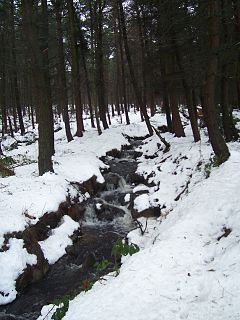 Abbeydale Grange School was a mixed comprehensive school in Sheffield, England, established in 1958 and closed after the 2009/10 academic year, after being listed amongst the schools with the worst GCSE examination results.