Last updated September 02, 2021
‹ The template Infobox organization is being considered for merging. ›

The Amalgamated Engineering Union (AEU), originally known as the Amalgamated Society of Engineers, was an Australian trade union which existed between 1852 and 1973. It represented engineers, as well as some other metal trades workers.

The first Australian branch of the Amalgamated Society of Engineers was formed in Sydney in 1852 by 27 members of the British union who had emigrated to Australia following a lockout in Britain. While the Australian section was the first overseas branch of the union to be formed, several others were established over the course of the 19th century, including in Canada, South Africa, New Zealand and the United States. [1]

In 1890 a breakaway group formed the Australasian Society of Engineers, dissatisfied with the union being controlled from Britain. The ASE was to continue to operate in parallel to the AEU throughout its history, and the two organisations were bitter rivals in organising engineering workers. [2]

The ASE was famous for its involvement in the landmark 1920 High Court of Australia case, Amalgamated Society of Engineers v Adelaide Steamship Co. Ltd. , more popularly known as the Engineers' case, which overturned the doctrine of implied intergovernmental immunities, significantly altering the balance of power in Australian federalism.

In British politics, an affiliated trade union is one that is linked to the Labour Party. The party was created by the trade unions and socialist societies in 1900 as the Labour Representation Committee and the unions have retained close institutional links with it.

The Australian Manufacturing Workers Union (AMWU), or more fully the Automotive, Food, Metals, Engineering, Printing and Kindred Industries Union, is an Australian trade union. The AMWU represents a broad range of workers in the manufacturing sector, as well as associated industries, and is affiliated to the Australian Council of Trade Unions.

The Australian Workers' Union (AWU) is one of Australia's largest and oldest trade unions. It traces its origins to unions founded in the pastoral and mining industries in the 1880s and currently has approximately 80,000 members. It has exercised an outsized influence on the Australian trade union movement and on the Australian Labor Party throughout its history.

The Confederation of Shipbuilding and Engineering Unions (CSEU), often known as the Confed is a trade union confederation in the United Kingdom. 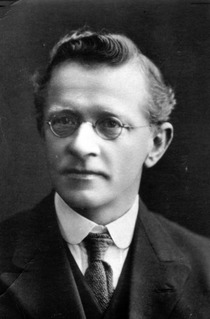 Francis Alfred Broad JP, usually known as Frank Broad, was a Labour politician in the United Kingdom who served as Member of Parliament (MP) for the Municipal Borough of Edmonton during the years 1922–1931 and 1935–1945.

The Federated Ironworkers' Association of Australia (FIA) was an Australian trade union which existed between 1911 and 1991. It represented labourers and semi-skilled workers employed in the steel industry and ironworking, and later also the chemical industry.

The Association of Draughting Supervisory and Technical Employees (ADSTE), originally known as the Association of Architects, Engineers, Surveyors and Draughtsmen of Australia (AAESDA), was an Australian trade union which existed between 1915 and 1991. It represented white collar and technical-grade employees in both the private sector and the public service.

Albert Harry Smethurst was a British trade unionist. Born in Oldham, Smethurst completed an apprenticeship as an engineer and became active in the Amalgamated Society of Engineers (ASE), soon becoming its Oldham district secretary. He was also elected as secretary of the Oldham Trades Council. In 1913, Smethurst was elected as assistant general secretary of the ASE. In 1920, the ASE merged with several other unions to become the Amalgamated Engineering Union (AEU), and he became its general secretary in 1921, serving until his retirement in 1933.

The Australasian Society of Engineers (ASE) was an Australian trade union active from 1890 to 1991. It was eventually incorporated into the Australian Workers' Union (AWU).

George Peet was a British communist activist and trade unionist.

The Joint Committee of Light Metal Trades Unions (LMTU) was a trade union committee consisting of unions based in the United Kingdom with members involved in producing castings for industry and construction.

William Glennie was a Scottish trade unionist and political activist.