Arlington International Racecourse is a horse race track in the Chicago suburb of Arlington Heights, Illinois. Horse racing in the Chicago region has been a popular sport since the early days of the city in the 1830s, and at one time Chicago had more horse racing tracks (six) than any other major metropolitan area. Arlington International was the site of the first thoroughbred race with a million-dollar purse in 1981. It is located near the Illinois Route 53 expressway. 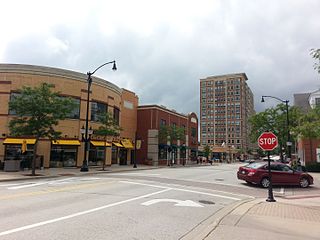 Arlington Heights is a village in Cook County in the U.S. state of Illinois. A suburb of Chicago, it lies about 25 miles (40 km) northwest of the city's downtown. The population was 75,101 at the 2010 census. It is the most populous community in the United States that is incorporated as a "village", although it is not far ahead of its nearby Illinois neighboring villages of Schaumburg and adjacent Palatine.

Inaugurated in 2008, the race was open to three-year-old fillies and was contested on turf over a distance of one mile (eight furlongs). 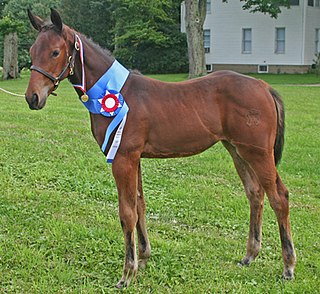 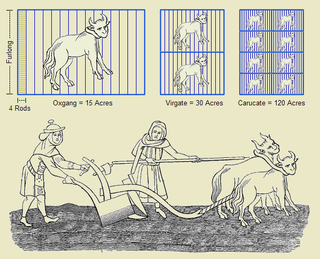 A furlong is a measure of distance in imperial units and U.S. customary units equal to one eighth of a mile, equivalent to 660 feet, 220 yards, 40 rods, or 10 chains.

The race was dropped from Arlington Park's stakes schedule for 2011.

Most wins by an owner:

Most wins by a jockey:

Most wins by a trainer:

The Arlington Million is a Grade 1 flat horse race in the United States for thoroughbred horses aged three years and upward. It is raced annually in August over a distance of ​1 1⁄4 miles on the turf at Arlington Park in Arlington Heights, Illinois.

The Beverly D. Stakes is a Grade 1 flat horse race in the United States for thoroughbred fillies and mares aged three-years-old and upward. It is a Breeders' Cup Challenge "Win and You're In" qualifier for the Breeders' Cup Filly & Mare Turf.

The Smile Sprint Stakes is an American Thoroughbred horse race once held annually since 1984 at Calder Race Course in Miami Gardens, Florida but now run at Gulfstream Park after negotiations between the two tracks. The Grade III sprint is open to horses, age three and up, willing to race six furlongs on the dirt.

The Sham Stakes is an American Thoroughbred horse race held annually at Santa Anita Park in Arcadia, California. The Sham Stakes is open to three-year-olds and is run at a distance of one mile on the dirt. An official prep race for the Kentucky Derby, the Grade III event is run in early January and currently offers a purse of $100,000.

The Indiana Derby is an American thoroughbred horse race that was run from 1995 to 2012 at Hoosier Park in Anderson, Indiana. Since 2013, it has been held at Indiana Grand in Shelbyville, Indiana. It is the racetrack's signature event offering its current highest purse at $500,000.

The Commonwealth Turf Cup is an American Thoroughbred horse race held each year since 2015 at Laurel Park in Laurel, Maryland. It was previously known as the Colonial Turf Cup when it was held at Colonial Downs race track in New Kent County, Virginia. It is raced on turf at a distance of one mile and is open to horses aged three years old and up. The current purse is $200,000. 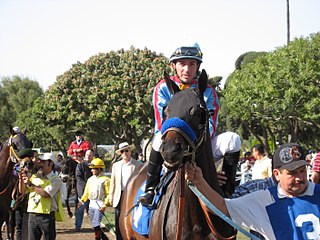 The Commonwealth Oaks is an American Thoroughbred horse race that since 2015 has been run at Laurel Park in Maryland. It was previously known as the Virginia Oaks when it was held at Colonial Downs in New Kent County, Virginia. It is open to three-year-old fillies who are willing to run ​1 1⁄8 miles on the turf.

The Thunder Road Stakes is an American Thoroughbred horse race run annually in early February at Santa Anita Park in Arcadia, California. It is open to horses age four and older and is contested on turf at a distance of one mile. A Listed race, it was upgraded to a Grade III event for 2009. However, due to wet weather the 2009 race was downgraded because it had to be taken off the turf and run on the Pro-Ride synthetic dirt track. It has now returned to a Grade III event.

The Mac Diarmida Stakes is a Grade II American Thoroughbred horse race over a distance of one-and-three-eighth miles turf open to horses age four and older held annually at Gulfstream Park in Hallandale Beach, Florida. The event was held in January but since 2017 it has been run in early March.

The Desert Stormer Handicap is an American Thoroughbred horse race held annually in mid May at Santa Anita Park in Arcadia, California. Raced on dirt at a distance of six furlongs, it is open to fillies and mares age three and older. It was downgraded to a non-graded stakes after the 2005 Grade III edition, but was returned to Grade III status for the 2017 running. 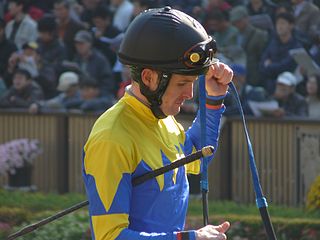 Colm O'Donoghue is a multiple Group 1 and Classic winning flat jockey, based at the Ballydoyle racing stables in Rosegreen, Cashel, County Tipperary.

The Arlington Sprint Handicap is an American Thoroughbred horse race run annually during the second week of July at Arlington Park Racetrack in Arlington Heights, Illinois. A non-graded stakes open to horses age three and older, it is a sprint race contested on turf over a distance of ​5 1⁄2 furlongs.

The Marshua Stakes is an American Thoroughbred horse race held annually in February at Laurel Park Racecourse in Laurel, Maryland. The race is open to three-year-old fillies and is run at six furlongs on the dirt.

Al Quoz Sprint is a thoroughbred horse race held in Meydan Racecourse, Dubai, United Arab Emirates. It was first run in 2007 as part of the then, Dubai International Racing Carnival and subsequently moved to Dubai World Cup night in 2010 to coincide with the opening of Meydan Racecourse. In 2009, it became a Group 3 and is now run at Group 1 level.

The Sea o'Erin Stakes is an American Thoroughbred horse race held annually in early September at Arlington Park racetrack in Arlington Heights, Illinois. A Grade III event open to horses age three and older, it is contested on turf over a distance of one mile.

The Breeders' Cup Juvenile Sprint was an ungraded American Thoroughbred horse race established in 2011 as part of the annual Breeders' Cup World Championships. The race open to two-year-old colts, geldings and fillies carried a purse of $500,000.