The American Association of School Administrators (AASA), founded in 1865, is the professional organization for more than 14,000 educational leaders across the United States. [1] AASA’s members are chief executive officers and senior-level administrators from school districts in every region of the country, in rural, urban, and suburban settings. AASA’s mission is to support and develop effective school system leaders who are dedicated to the highest quality public education for all children. [2] 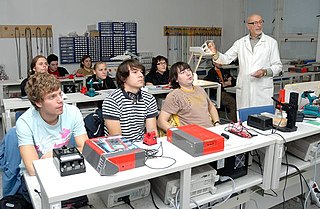 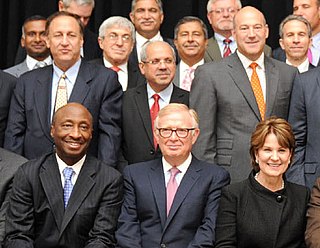 On April 1, 2014, the Success and Opportunity through Quality Charter Schools Act (H.R. 10; 113th Congress) was introduced into the United States House of Representatives, where it passed on May 7, 2014. [3] The bill would amend and reauthorize both the Charter School Programs and the Credit Enhancement for Charter School Initiatives under Title V of the Elementary and Secondary Education Act of 1965 through fiscal year 2020 and combine them into a single authorization. [4] This is intended to streamline and improve the grants process and increase the funding for these programs from $250 million to $300 million. [5] The AASA opposed the bill, arguing that the bill did not have sufficient provisions in it to make sure tax dollars were being spent correctly, although they conceded the bill was an improvement over current law. [5] 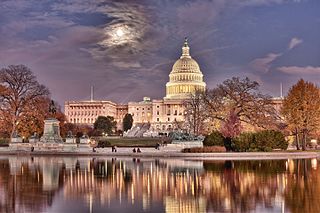 The American Federation of School Administrators (AFSA) represents public school principals, vice principals, administrators, and supervisors in the United States. The trade union belongs to the AFL–CIO as one of the organization's smallest members.

School choice is a term for K–12 public education options in the United States, describing a wide array of programs offering students and their families alternatives to publicly provided schools, to which students are generally assigned by the location of their family residence. In the United States, the most common—both by number of programs and by number of participating students—school choice programs are scholarship tax credit programs, which allow individuals or corporations to receive tax credits toward their state taxes in exchange for donations made to non-profit organizations that grant private school scholarships. In other cases, a similar subsidy may be provided by the state through a school voucher program. Other school choice options include open enrollment laws, charter schools, magnet schools, virtual schools, homeschooling, education savings accounts (ESAs), and individual tax credits or deductions for educational expenses. 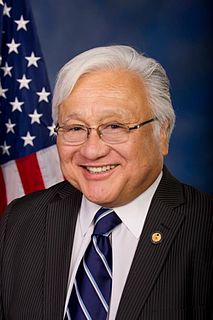 Michael Makoto Honda is an American politician and former educator. Initially involved in education in California, he first became active in politics in 1971, when San Jose mayor Norman Mineta appointed Honda to the city's Planning Commission. After holding other positions, Honda was elected to the Santa Clara County Board of Supervisors in 1990, and to the California State Assembly in 1996, where he served until 2001. A member of the Democratic Party, he served in Congress from 2001 to 2017. 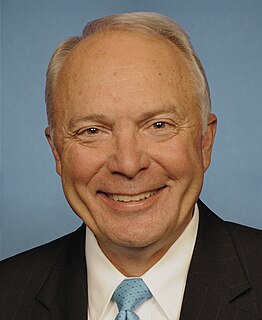 John Paul Kline, Jr. is an American politician who served as a member of the United States House of Representatives from Minnesota's 2nd congressional district from 2003 to 2017. The district includes most of the southern suburbs of the Twin Cities, including Apple Valley, Inver Grove Heights, Burnsville, Eagan, Lakeville, Northfield, Shakopee, Prior Lake, and New Prague. A member of the Republican Party, Kline served as the Chairman of the House Committee on Education and the Workforce. Kline announced that he would retire from Congress at the end of his term in January, 2017.

Mark Raymond Kennedy, is an American businessman, politician, and administrator, who is currently serving as the 12th president of the University of North Dakota, having previously led the George Washington University Graduate School of Political Management. A Republican, he served as a member of the United States House of Representatives from Minnesota from 2001 to 2007. Kennedy did not seek re-election in 2006, instead running in the 2006 election for U.S. Senate. He lost the general election to Democratic–Farmer–Labor nominee Amy Klobuchar.

The National Education Association (NEA) is the largest labor union and professional interest group in the United States.

The Elementary and Secondary Education Act (ESEA) was passed as a part of United States President Lyndon B. Johnson's "War on Poverty" and has been the most far-reaching federal legislation affecting education ever passed by the United States Congress. The act was an extensive statute that funded primary and secondary education. It also emphasizes equal access to education and establishes high standards and accountability.

The Committee on Education and Labor is a standing committee of the United States House of Representatives.

The Department of Education Organization Act is a United States federal law enacted in 1979.

Antonio Cárdenas is an American politician who has served as the United States Representative for California's 29th congressional district since January 2013. 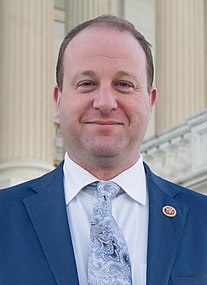 Jared Schutz Polis is an American politician, entrepreneur and philanthropist serving as the 43rd Governor of Colorado since January 2019. A member of the Democratic Party, he previously served on the Colorado State Board of Education from 2001 to 2007 and was the U.S. Representative for Colorado's 2nd congressional district from 2009 to 2019. Polis was elected Governor of Colorado in 2018 by a landslide, defeating Republican Walker Stapleton.

The Center for Education Reform is an education reform organization located in Washington, D.C. Founded in 1993, CER is led by Jeanne Allen, Founder and CEO. The group publishes a yearly charter school law ranking and scorecard to analyze state-level laws and regulations regarding charter schools.

The Veterans Economic Opportunity Act of 2013, which was introduced as Veterans G.I. Bill Enrollment Clarification Act of 2013, is a bill that would make changes to several economic programs involving veterans. One provision would change how veterans' education benefits are processed. Another provision would increase funding on a program that helps homeless veterans. The bill was introduced into the United States House of Representatives during the 113th United States Congress.

The GI Bill Tuition Fairness Act of 2013 is a bill that would require colleges to charge veterans the in-state tuition rates regardless of whether they meet the residency requirement. The bill also makes several other changes related to veterans benefits, such as extending the time period during which veterans are eligible for job training. The bill passed the House of Representatives on February 4, 2014 during the 113th United States Congress.

The Strengthening Education through Research Act or "SETRA" is a bill that would amend and reauthorize the Education Sciences Reform Act of 2002 and would authorize the appropriation of $615 million for fiscal year 2015 and $3.8 billion over the 2015-2019 period to support federal educational research, statistical analysis, and other activities.

The Success and Opportunity through Quality Charter Schools Act is a bill that would amend and reauthorize both the Charter School Programs and the Credit Enhancement for Charter School Initiatives under Title V of the Elementary and Secondary Education Act of 1965 through fiscal year 2020 and combine them into a single authorization. This is intended to streamline and improve the grants process and increase the funding for these programs from $250 million to $300 million.

The Streamlining Energy Efficiency for Schools Act of 2014 is a bill that would require the United States Department of Energy to establish a centralized clearinghouse to disseminate information on federal programs, incentives, and mechanisms for financing energy-efficient retrofits and upgrades at schools. The bill would require the DOE to collect the data from all federal agencies and store it in one place online.