Andar Bahaar (English: Inside and Outside) is a 1984 [1] Hindi action thriller film. Produced By Romu Sippy and directed by Raj N. Sippy, the film follows the story line of 1982 Hollywood film 48 Hrs. . The film stars Anil Kapoor, Jackie Shroff, Moon Moon Sen and Danny Denzongpa in the lead roles. The film's music is by R. D. Burman.

The notorious criminal Shera enlists the help of small time crook and expert safe-cracker Raja to help him rob a bank. The robbery goes without a hitch, but Shera, wanting all the loot for himself, shoots Raja. Their third partner Gulshan flees with the loot, abandoning Shera. The sound of a gunshot brings Inspector Ajay Sahani to the scene. He arrests Shera and Raja, who are only wounded by the bullet.

With help from his loyal crony Gangu, Shera escapes from prison. He then kidnaps Gulshan's sister and keeps her with him until Gulshan can give him all the money from the loot. Gulshan panics and informs the police about Shera's hideout. Inspectors Sahani and his friend Inspector Ravi Khanna both reach the scene but fail to apprehend Shera, who flees after fatally shooting Inspector Sahani.

Filled with rage and vengeance, Ravi gets permission from the Police Commissioner to release Raja in his custody so that he may help him track down Shera. Initially, Ravi and Raja knock heads and often get into arguments. But after Raja saves Ravi's life, they become good friends. After a lot of investigative work and dangerous encounters, the two eventually manage to arrest Shera.

The music for the film was composed by R. D. Burman, with lyrics by Gulshan Bawra. The playback singers used were Shailendra Singh and Suresh Wadkar for the male actors and Asha Bhosle for all the female actors.

Anil Kapoor and Jackie Shroff had issues about credits that each one wanted his name would display first. [2] 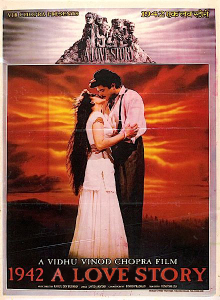 Khel Khel Mein is a 1975 Indian Hindi-language suspense thriller film directed by Ravi Tandon. It was an adaption of the English novel "Good Children Don't Kill" written by Louis Thomas. The film music was composed by R. D. Burman and the lyrics written by Gulshan Bawra. The film stars Rishi Kapoor, Neetu Singh and Rakesh Roshan as college students, who play a prank and get involved with a notorious criminal. The film turns quickly from fun and frolic to a taut thriller. Iftekhar, Dev kumar and Aruna Irani also star in the film. The film was remade in Malayalam language as Aruthu (1976).

Gang is a 2000 Indian Hindi-language gangster drama film directed by Mazhar Khan. The film stars Nana Patekar, Kumar Gaurav, Javed Jaffrey, Jackie Shroff, Juhi Chawla and Imtiaz Khan in pivotal roles. The film began production in 1990 and was delayed for 10 years because of director Mazhar Khan's ill health. After his death in 1998, his assistant director helped complete the film for release on 14 April 2000. The film was also the last to feature music by RD Burman who died in 1994.

Halla Bol is an Indian Hindi-language drama film directed by Rajkumar Santoshi. Halla Bol stars Ajay Devgn and Vidya Balan in pivotal roles and a number of celebrities from the Hindi and other film industries appear as themselves. Produced by Samee Siddiqui, the film's score and soundtrack was composed by Sukhwinder Singh, while Nataraja Subramanian and Steven Bernard were the cinematographer and editor respectively. It was released on 11 January 2008. 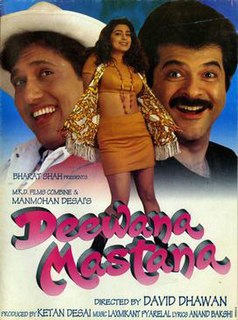 Deewana Mastana is a 1997 Indian Hindi romantic comedy directed by David Dhawan. The film stars Anil Kapoor, Govinda and Juhi Chawla in pivotal roles. Johnny Lever, Anupam Kher, Reema Lagoo, Shakti Kapoor, Saeed Jaffrey and Kader Khan have supporting roles, while Salman Khan makes a special appearance. This film was dedicated to Manmohan Desai. This film borrows some elements from the 1991 Hollywood comedy, What About Bob?. Johnny Lever received the Filmfare award for Best Comedian for his performance on this film. The film was a success upon its release. 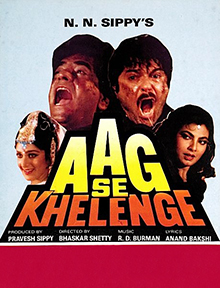 Jeeva is a 1986 Bollywood action thriller film starring Sanjay Dutt and Mandakini. The film is directed by Raj N. Sippy and produced by his brother Romu N. Sippy under the production house Rupam Pictures. The film was a box office hit when released. The soundtrack of the film contains the ever-popular "Roz Roz Aankhon Tale". 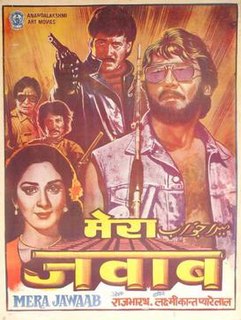 Shiva Ka Insaaf is a 1985 Indian Hindi-language superhero film directed by Raj N. Sippy and produced by Romu N. Sippy. It stars Jackie Shroff, Poonam Dhillon, Shakti Kapoor and Gulshan Grover. The film is termed as the first Hindi film to be filmed in 3D. 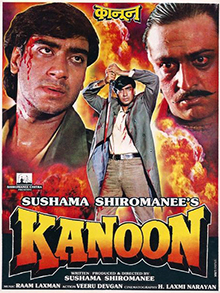