Color correction is a process used in stage lighting, photography, television, cinematography, and other disciplines, which uses color gels, or filters, to alter the overall color of the light. Typically the light color is measured on a scale known as color temperature, as well as along a green–magenta axis orthogonal to the color temperature axis.

An interpositive, intermediate positive, IP or master positive is an orange-based motion picture film with a positive image made from the edited camera negative. The orange base provides special color characteristics that allow for more accurate color reproduction than if the IP had a clear base, as in print films.

Answer prints are created during the post-production process after editing, dubbing and other related audio work and special effects sequences have been finished or completed to a degree satisfactory for pre-release viewing. They are used by the filmmaker and studio to ensure that the work going into the film during the post-production process is cohesive with the final goals for the project. In effect, it is a post-edit editing where the filmmaker can observe and direct the course of the film's final look and feel as it pertains to color correction, sound and special effects elements and overall pacing. Pre-release screenings for test audiences are often run from late answer print copies of the film, because often the filmmaker is using the screening as a way to help direct final choices regarding the finished project.

Editing is the process of selecting and preparing written, visual, audible, and film media used to convey information. The editing process can involve correction, condensation, organization, and many other modifications performed with an intention of producing a correct, consistent, accurate and complete work. 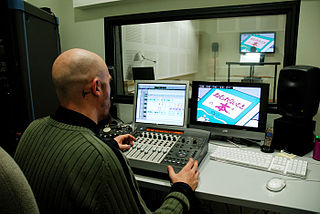 Dubbing, mixing or re-recording, is a post-production process used in filmmaking and video production in which additional or supplementary recordings are "mixed" with original production sound to create the finished soundtrack.

When the last answer print is approved and finalized, it is used to make an internegative from which the release prints are struck.

An internegative is a motion picture film duplicate. It is the color counterpart to an interpositive, in which a low-contrast color image is used as the positive between an original camera negative and a duplicate negative.

A release print is a copy of a film that is provided to a movie theater for exhibition. 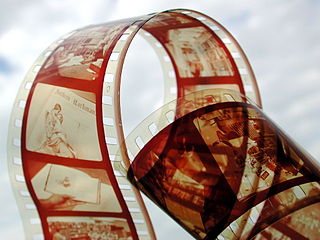 Film stock is an analog medium that is used for recording motion pictures or animation. It is a strip or sheet of transparent plastic film base coated on one side with a gelatin emulsion containing microscopically small light-sensitive silver halide crystals. The sizes and other characteristics of the crystals determine the sensitivity, contrast and resolution of the film. The emulsion will gradually darken if left exposed to light, but the process is too slow and incomplete to be of any practical use. Instead, a very short exposure to the image formed by a camera lens is used to produce only a very slight chemical change, proportional to the amount of light absorbed by each crystal. This creates an invisible latent image in the emulsion, which can be chemically developed into a visible photograph. In addition to visible light, all films are sensitive to X-rays and high-energy particles. Most are at least slightly sensitive to invisible ultraviolet (UV) light. Some special-purpose films are sensitive into the infrared (IR) region of the spectrum.

Super 8mm film is a motion picture film format released in 1965 by Eastman Kodak as an improvement over the older "Double" or "Regular" 8 mm home movie format.

Color grading is the process of improving the appearance of an image for presentation in different environments on different devices. Various attributes of an image such as contrast, color, saturation, detail, black level, and white point may be enhanced whether for motion pictures, videos, or still images. Color grading and color correction are often used synonymously as terms for this process and can include the generation of artistic color effects through creative blending and composting of different images. Color grading is generally now performed in a digital process either in a controlled environment such as a color suite, or in any location where a computer can be used in dim lighting.

A test screening is a preview screening of a movie or television show before its general release in order to gauge audience reaction. Preview audiences are selected from a cross-section of the population, and are usually asked to complete a questionnaire or provide feedback in some form. Harold Lloyd is credited with inventing the concept, having used it as early as 1928. Test screenings have been recommended for starting filmmakers "even if a film festival is fast approaching".

Filmmaking is the process of making a film, generally in the sense of films intended for extensive theatrical exhibition. Filmmaking involves a number of discrete stages including an initial story, idea, or commission, through screenwriting, casting, shooting, sound recording and reproduction, editing, and screening the finished product before an audience that may result in a film release and exhibition. Filmmaking takes place in many places around the world in a range of economic, social, and political contexts, and using a variety of technologies and cinematic techniques. Typically, it involves a large number of people, and can take from a few months to several years to complete.

An outtake is a portion of a work that is removed in the editing process and not included in the work's final, publicly released version. In the digital era, significant outtakes have been appended to CD and DVD reissues of many albums and films as bonus tracks or features, in film often, but not always, for the sake of humor. In terms of photos, an outtake may also mean the ones which are not released in the original set of photos.

A workprint is a rough version of a motion picture, used by the film editor(s) during the editing process. Such copies generally contain original recorded sound that will later be re-dubbed, stock footage as placeholders for missing shots or special effects, and animation tests for in-production animated shots or sequences.

Dailies, in filmmaking, are the raw, unedited footage shot during the making of a motion picture. They are so called because usually at the end of each day, that day's footage is developed, synced to sound, and printed on film in a batch for viewing the next day by the director, some members of the film crew, and some actors. Dailies serve as an indication of how the filming and the actors' performances are progressing. However, the term can be used to refer to any raw footage, regardless of when it is developed or printed.

A film screening is the displaying of a motion picture or film, generally referring to a special showing as part of a film's production and release cycle. To show the film to best advantage, special screenings may take place in plush, low seat-count theaters with very high quality projection and sound equipment, and can be accompanied by food and drink and spoken remarks by producers, writers, or actors. Special screenings typically occur outside normal theatrical showing hours. The different types of screenings are presented here in their order within a film's development.

DaVinci Resolve is a color correction and non-linear video editing (NLE) application for macOS, Windows, and Linux, originally developed by da Vinci Systems, and now developed by Blackmagic Design. In addition to the commercial version of the software, Blackmagic Design also distributes a free edition, with reduced functionality.