He is the son of Gérard Jugnot and Cécile Magnan. 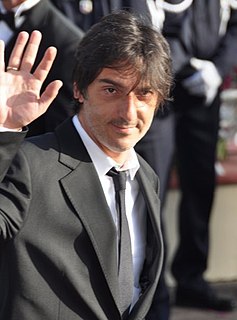 Yvan Attal is a French actor, scriptwriter and director. 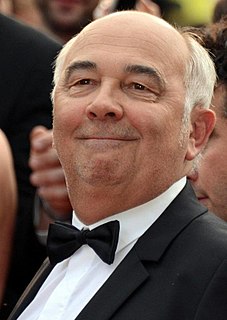 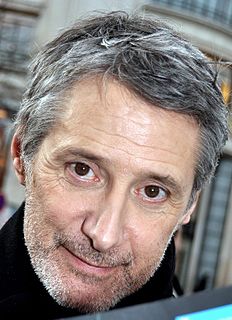 Anny Duperey is a French actress, published photographer and best-selling author with a career spanning almost six decades as of 2021 and more than eighty cinema or television credits, around thirty theatre productions and 15 books. She is a five-time Molière Award for Best Actress nominee, was awarded two 7 d'Or and was nominated for the César Award for Best Supporting Actress for Yves Robert's Pardon Mon Affaire (1976). In 1977, she received the Prix Alice-Louis-Barthou awarded by the Académie Française. She is more commercially known for her leading role as Catherine Beaumont in the TF1 hit series Une famille formidable which ran for 15 seasons (1992-2018) regurlarly topping national primetime viewership numbers and also broadcast throughout french-speaking europe peaking at 11 millions viewers in France alone. Some of her most notable feature films include Jean-Luc Godard's Two or Three Things I Know About Her (1967); Roger Vadim's Spirits of the Dead (1968); André Hunebelle's The Return of Monte Cristo (1968); Alain Resnais' Stavisky (1974); Umberto Lenzi's From Hell to Victory (1979); Henri Verneuil's A Thousand Billion Dollars (1982), Claude Berri's Germinal (1993) or Alain Resnais' You Ain't Seen Nothin' Yet (2012). Her trapeze number for the Gala de l'Union des artistes with Francis Perrin as well as her 'red dress scene' with Jean Rochefort swaying her hips as a nod to Marilyn Monroe on Vladimir Cosma's original score both became cult in French popular culture. She was made a Chevalier of the Légion d'honneur as part of the French Republic's 2012 New Year decoration class also honouring Hélène Carrère d'Encausse, Maurice Herzog and Salma Hayek. She has been a supporter of the charity SOS Children's Villages since 1993.

Thierry Lhermitte is a French actor, director, writer and producer, best known for his comedic roles. He was a founder of the comedy troupe Le Splendid in the 1970s, along with, among others, Christian Clavier, Gérard Jugnot, and Michel Blanc. The group adapted a number of its stage hits for the cinema, and scored major successes with films such as Les Bronzés (1978), Les Bronzés font du ski (1979), Le Père Noël est une ordure (1982) and Un indien dans la ville (1994). 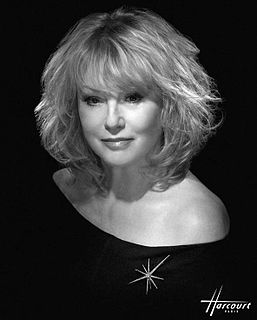 Mylène Demongeot is a French film, television and theatre actress and author with a career spanning almost seven decades and more than 100 credits in French, Italian and English speaking productions. She is most commercially known as Milady de Winter in The Three Musketeers (1961). She also has a cult following based on the Fantomas trilogy, as Hélène Gurn opposite Louis de Funès and Jean Marais: Fantômas (1964), Fantômas Unleashed (1965) and Fantômas Against Scotland Yard (1967). In the United States, she co-starred with David Niven in Otto Preminger's Bonjour Tristesse (1958) and in the United Kingdom she appeared in several comedies, including It's A Wonderful World (1956) and Upstairs and Downstairs (1959). A "veteran of cinema" who started as one of the blond sex symbols of the 1950s and 1960s, she managed to avoid typecasting by exploring many film genres including thrillers, westerns, comedies, swashbucklers, period films and even pepla, such as Romulus and the Sabines (1961) and Gold for the Caesars (1963).

Alessandra Martines is an Italian-French dancer and actress mainly working in the English, French and Italian speaking-worlds. She started young in ballet on major opera stages in Switzerland, France, the United States and then Italy before becoming a lead on television for RAI captured ballets and entertainment shows in the eighties. She is primarily known for portraying the main role in the cult Fantaghirò series consisting of five films (1991-1996) still regularly rerun across europe as of 2020 and her work in auteur productions such as nine films by Claude Lelouch to whom she was married until 2009. She was awarded numerous prizes including the Best Actress Telegatto for The Cave of the Golden Rose (1991), the Grolla d'oro for Edda (2005), the Silver Hugo for Best Actress at the Chicago International Film Festival (1998) for Chance or Coincidence, the Diamanti al Cinema Award in Cannes (2007) or the 2009 European Golden Globe in Rome. In 2008, she was made Knight of the Ordre national du Mérite awarded by the President of the French Republic. She received the lifetime achievement Kineo Award at the 71st Venice International Film Festival in 2014.

Sylvie Léonard is a French-Canadian actress. She has acted in theater, film and television for over 40 years. Her most notable roles include Mimi Jarry in Rue des Pignons, Annick Jacquemin in Terre Humaine, Julie Galarneau in L'Héritage, Sylvie in Un gars, une fille and most recently Madeleine in Lâcher prise.

Robert Jules Guédiguian is a French film director, screenwriter, producer and actor. Most of his films star Ariane Ascaride and Jean-Pierre Darroussin. 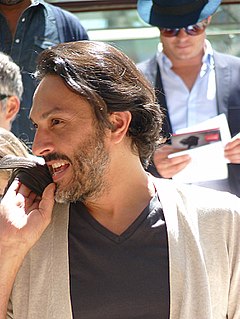 Olivier Sitruk, is a French comedian, actor, and producer, who has appeared in 44 films and television shows.

Issa Doumbia is a French actor and columnist.

The Académie des Arts et Techniques du Cinéma is an organization that gives out the César Award. It was created in 1975, on the initiative of Georges Cravenne. 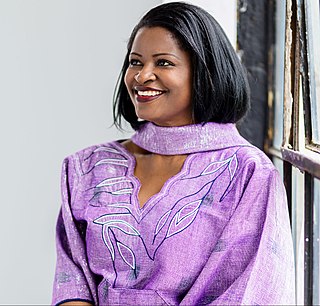 Amina Gerba is a Cameroonian-Canadian businesswoman and entrepreneur. She is the founder and CEO of Afrique Expansion, Afrique Expansion Forum, and Afrique Expansion magazine. She also founded the beauty care brands Kariliss and Kariderm–the latter being the world's first shea butter product to earn organic certification. In 2014, she was a recipient of the National Order of Quebec. She is a director for the Canadian Council on Africa, African Business Roundtable, and Fonds Afro-Entrepreneurs, and is the president of the board of directors for Entreprendre Ici. In 2021, Prime Minister Justin Trudeau nominated her to the Canadian Senate, as a Senator for Quebec.

Géraldine Lapalus is a French actress and model. Lapalus is best known for her role in La légende (2018) and roles in television series Sous le soleil, Plus belle la vie and Fort Boyard. 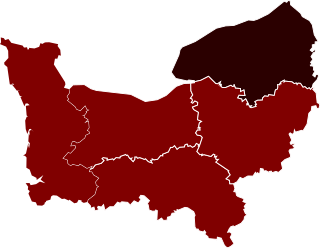 The COVID-19 pandemic in Normandy, is part of the worldwide pandemic of coronavirus disease 2019 (COVID-19) caused by severe acute respiratory syndrome coronavirus 2 (SARS-CoV-2). The virus was confirmed to have reached Normandy on 27 February 2020,

Axel Auriant-Blot is a professional French actor and drummer generally known as Axel Auriant. He is known for his role as Lucas Lallement in the French-Belgian TV drama series Skam France.