Ashok Bhadra is an Indian composer working in the Bollywood and Bengali film industries. [1] [2] He has also worked for albums like Shudhu Ektu Bhalobasa and Paroshmani. [3] [4]

As a music director

As a Background Music Composer

As a Playback Singer 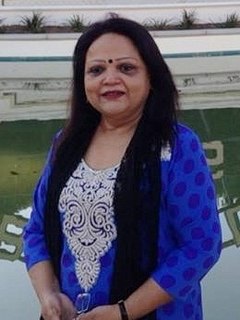 Srikanta Acharya is a Kolkata-based modern Bengali singer. Acharya is one of the most prominent exponents of Rabindra Sangeet. 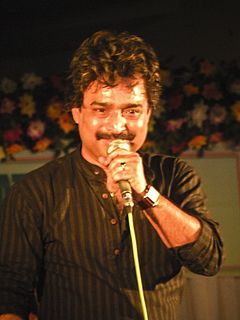 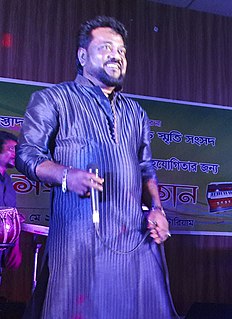 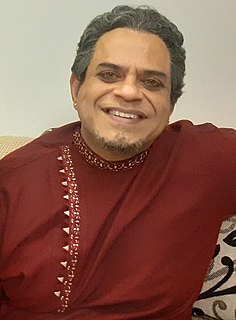 Rajatava Datta is an Indian actor who works in Bengali, Hindi and English films. He is popular as a judge on the Zee Bangla reality show Mirakkel. He is also popular for his negative lead roles in Boss, MLA Fatakesto, Barud, Paglu, Yuddho, Challenge, Rasta, Kanamachi etc.

Jojo Nathaniel was born on 13 March in Jamshedpur, Jharkhand. He started his career with Indi-Pop in the 90s. His First music album released in July 1994 ''Hum Tumse'' featuring 8 songs. He was also noticed in Jimmy Shergill debut music video "Woh Kaun Thi". Jojo sang for Auzaar- " Dil de de dena". His name should not be confused with Ms. Jojo Mukherjee, another Bengali singer.

Laboni Sarkar is an Indian actress who is known for her work in Bengali cinema. She is the recipient of three BFJA Awards. She initiated her acting career as a child artist with roles in Bengali films.

Gazi Mazharul Anwar is a Bangladeshi film director, producer, lyricist, screenwriter and music director. He earned the Bangladesh National Film Award for Best Lyricist a record six times for the films Tit for Tat (1992), Ajante (1996), Churiwala (2001), Lal Dariya (2002), Kokhono Megh Kokhono Brishti (2003) and Meyeti Ekhon Kothay Jabe (2016). He worked as a lyricist in the "Swadhin Bangla Betar Kendra". He was awarded Ekushey Padak in 2002 and Independence Day Award in 2021 by the government of Bangladesh.

Monir Khan is a Bangladeshi singer. In his career he has released 42 solo albums and more than 300 duet and mixed albums. He has won Bangladesh National Film Awards for three times as the Best Male Playback Singer for his performance in the films Premer Taj Mahal (2001), Laal Doriya (2002) and Dui Noyoner Alo (2005).

Shahadat Hossain Liton is a Bangladeshi film director and story writer. He has been directed more than 50 films.

Imdadul Haque Khokon is a Bangladeshi dance director and choreographer. In 2010, he won the Bangladesh National Film Award for Best Choreography for the film Mughal-e-Azam.