According to Tolkki "I find the Metal Opera concept fascinating and logical to me at this point of my career. I love classical music and just like in Classical Opera, in the Metal Opera you can also create stories and have almost limitless possibilities musically". [2]

The project's debut album, The Land of New Hope , was released on 17 May 2013 through Frontiers Records. The album features performances by vocalists Elize Ryd, Rob Rock, Michael Kiske, Russell Allen, Sharon den Adel and Tony Kakko, as well as the participation of guest musicians Alex Holzwarth on drums and both Jens Johansson and Derek Sherinian on keyboards. [3]

Tobias Sammet, German musician and mentor of Avantasia, another metal opera which had its 6th album released on March 2013, received the news of Timo Tolkki's own project with initial sarcasm, stating: "Wow, someone is extraordinarily creative here: the title, the guests, the timing... What a funny coincidence, isn't it?! But there have been thousands of Metal Operas, especially after Avantasia. Such is business...". [4] However, he later stated: "There are a lot of metal operas out there, and I have to deal with that. If something is very successful or even not successful then other people may feel inspired by it. It's Timo Tolkki (laughs) what can I say, he's a great guy and he does what he does. I wish him the best of luck." [5]

When asked about if he was aware that this project would be compared to Avantasia, Timo replied that "Nobody owns a franchise to 'metal operas' which is not really an operatic format because it doesn't have any real dialogue between the singers." [6]

Angels of the Apocalypse (2013–present)

In October 2013 Timo launched a news website for the project in which he announced the sequel to The Land of New Hope, which was provisionally titled Avalon II. [7] The cast of guest musicians will be revealed one by one. [7] Simone Simons of Epica fame is the first confirmed singer. [8] Floor Jansen will play the leading role. [9] It was also announced that Timo's former bandmates in Stratovarius, drummer Tuomo Lassila and keyboardist Antti Ikonen will play on this album. [10] [11]

A European tour was planned for May 2014, coinciding with the release of the album. [9]

On 28 January Timo revealed title of the album ( Angels of the Apocalypse ) and the rest of the cast: Fabio Lione (Rhapsody of Fire, Angra), David DeFeis (Virgin Steele), Elize Ryd (Amaranthe) and Caterina Nix. [12] Timo also announced that there will be a contest for guitar and keyboard players, with the winners getting a chance to perform a solo with him in one of the songs. [12]

In early 2019, Timo Tolkki announced the third Avalon album and remaining part of the Avalon trilogy, the album Return to Eden, with the main working song, Promises. [13] [14]

Stratovarius is a Finnish power metal band that formed in 1984. Since their formation, they have released fifteen studio albums, four DVDs and five live albums. In its history, the band has gone through many chaotic lineup changes and since 1995 there are no founding members of the band that remain. Currently, the longest standing member is singer Timo Kotipelto, who joined in 1994. 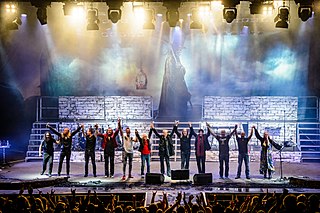 Avantasia is a German supergroup metal opera project created by Tobias Sammet, vocalist of the band Edguy. It has been characterized as a rock opera, as it features the contributions of various vocalists and musicians and it consists of concept albums. The name is a portmanteau of the words "avalon" and "fantasia" ("fantasy") and describes "a world beyond human imagination". 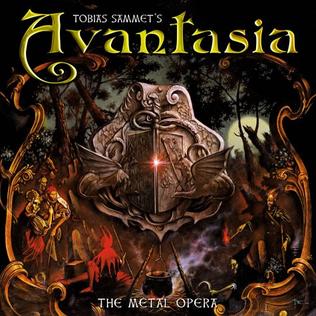 The Metal Opera is the first full-length album by Tobias Sammet's supergroup project, Avantasia. It is a concept album and a rock opera. The album is followed by the sequel The Metal Opera Part II. 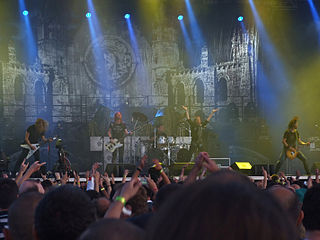 Edguy is a heavy metal band from Fulda, Germany that was formed in 1992. 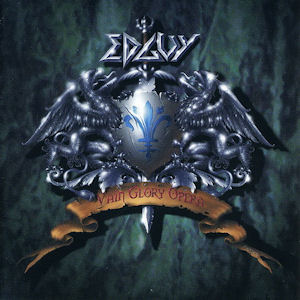 Vain Glory Opera is the third studio album by the German power metal band Edguy, released in 1998. It was mixed by Stratovarius' Timo Tolkki, who also played additional lead guitar on "Out Of Control", and featured additional lead and backing vocals by Hansi Kürsch of Blind Guardian on "Out of Control" and the title track "Vain Glory Opera." Further choir vocals were supplied by Ralf Zdiarstek and Norman Meiritz. At the time of recording the album, Edguy had not yet chosen a permanent drummer to succeed Dominik Storch. So session musician Frank Lindenthal, a good friend of the band, was asked to play drums on the album.

Timo Tapio Tolkki is a Finnish musician best known as the former guitarist, singer, songwriter and producer of the power metal band Stratovarius. With his tenure lasting for more than twenty years, he was the longest standing member of the band before his departure in 2008. After leaving Stratovarius he formed two supergroups named Revolution Renaissance and Symfonia, both of which have since disbanded. During his career, Tolkki sold millions of copies. In a 2011 article by Guitar World magazine, Tolkki was included in the all-time top 50 list of the world's fastest guitarists. 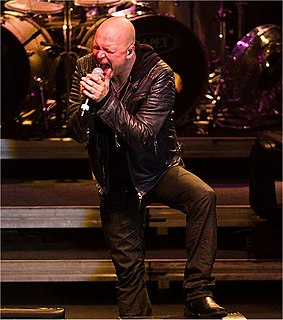 Michael Kiske is a German singer best known as the lead vocalist for the German power metal band Helloween. After his departure from the band in 1993, Kiske recorded four solo albums, participated on various metal and rock related projects, such as Avantasia, Place Vendome and Kiske/Somerville, while he also performed with numerous bands as a guest vocalist. In late 2009, he formed the hard rock / heavy metal band Unisonic and began touring again after 17 years of absence. In October 2016, Kiske joined Helloween and Kai Hansen for the Pumpkins United World Tour that continued through 2017 and 2018. A live recording of the Helloween tour entitled United Alive and United Alive in Madrid was released in 2019 and a new Helloween album with Kiske and Hansen is planned for 2020. 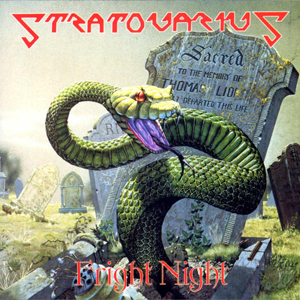 Fright Night is the first studio album by the power metal band Stratovarius, released in May 1989 by Columbia Records. A remastered edition was issued in 1993. 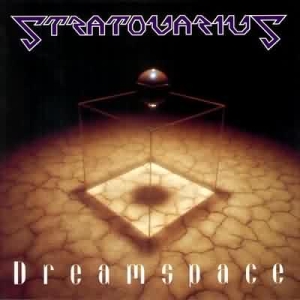 Dreamspace is the third studio album by power metal band Stratovarius, released on 9 February 1994 through Noise Records. It is the last Stratovarius album to feature guitarist Timo Tolkki on vocals, as well as the first to feature bassist Jari Kainulainen.

The Metal Opera Pt. II is the second full-length album by Tobias Sammet's supergroup project, Avantasia. It is a concept album and a rock opera. The songs carry on the story begun in The Metal Opera, with the same characters. Much like other power metal albums, the compositions draws aesthetic and lyrical influences from early fantasy literature such as The Lord of The Rings and the Red Sonja series. 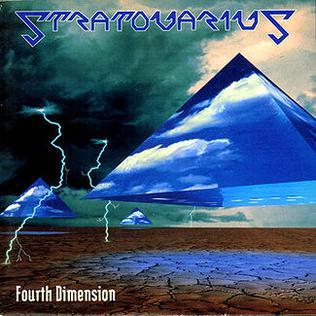 Fourth Dimension is the fourth studio album by power metal band Stratovarius, released on 11 April 1995 through Noise Records. The album is the band's first to feature vocalist Timo Kotipelto as well as the last with keyboardist Antti Ikonen and drummer Tuomo Lassila, thus being the last Stratovarius album to date featuring an all-Finnish line-up. Founding member and guitarist Timo Tolkki, who had served as the band's vocalist for their first three albums, still provided background vocals on Fourth Dimension before handing over lead singing duties to Kotipelto for all subsequent albums.

Revolution Renaissance was a multinational power metal band founded by guitarist Timo Tolkki after he left Stratovarius in 2008. The band released three studio albums before disbanding in 2010. 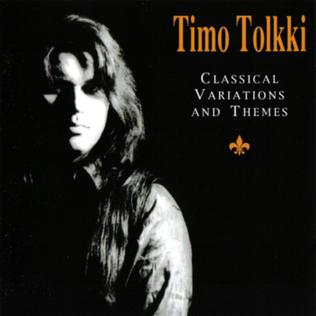 Classical Variations and Themes is the first studio album by former Stratovarius guitarist Timo Tolkki, released in 1994 through Goldenworks Ky (Europe) and Victor Entertainment (Japan); and reissued in 2004 through Irond Records. 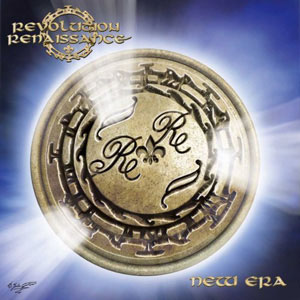 New Era is the debut album of Finnish power metal pioneer Timo Tolkki's band, Revolution Renaissance. After Tolkki's split from Stratovarius in 2008 he used what fan's knew the album to be titled R... R.... as the namesake for his new project. Using material he had written for Stratovarius's upcoming album, Tolkki's New Era features the talents of German power metal vocalist Tobias Sammet and German singer Michael Kiske among others. 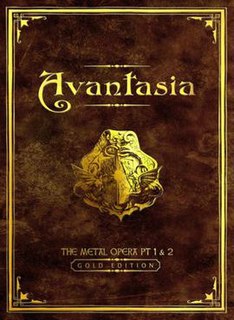 The Metal Opera: Pt 1 & 2 – Gold Edition is a box set by Avantasia, released through the band's former label AFM Records on March 6, 2008. The set contains Avantasia's first two albums on two gold CDs, a 44-page booklet with the storyline, rare photos, liner notes, and an interview with project mastermind Tobias Sammet; all inside a luxury leather box.

Twilight Time is the second studio album by the power metal band Stratovarius. The album was originally recorded and released in the band's native Finland as Stratovarius II in early 1992 by Bluelight Records, followed by a reissue in Europe with different cover art in October of that year by Shark Records. A third edition was issued in Japan in July 1993 by Victor Entertainment, renaming the album Twilight Time with yet another cover design; this is the most common version in circulation today. On the back cover, bass guitarist Jari Behm appears in a band photo and is credited with playing, but all bass parts on the album were actually performed by the guitarist and then-bandleader Timo Tolkki.

Tuomo Lassila is a Finnish musician best known as the former drummer, founder member and co-songwriter of the power metal band Stratovarius and currently the drummer and percussionist for the Finnish metal band Conquest.

Hanna Elise Isabell Maj Höstblomma Ryd, known professionally as Elize Ryd, is a Swedish singer-songwriter, dancer, composer, and show artist, best known as one of the three vocalists in the melodic metalcore/power metal band Amaranthe. She also gained some popularity prior to the band's inception by performing guest vocals for the symphonic power metal band Kamelot, both on tour and in the studio. She sings in the soprano range. 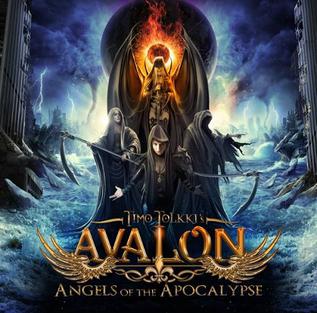 Angels of the Apocalypse is the second full-length album by Timo Tolkki's metal opera project Avalon, released on May 16, 2014 in Europe and four days later in North America.