Rosanna Arquette stars as Martha Travis, a medium who hosts a touring clairvoyant show with her alcoholic father Walter (Jason Robards) where she helps members of the audience make contact with deceased relatives. At one meeting, she foretells the violent death of a local factory employee (Olek Krupa), a whistleblower who was set to reveal corporate malpractice at the plant, and soon becomes the target of the killer herself. At a subsequent meeting in the town, she appears to identify several other individuals who are set to die or be killed. A sceptical local journalist investigating the death, Gary Wallace (Tom Hulce), begins following the couple and the story. The story is told in flashback, with the opening scenes showing Wallace searching for the reclusive Martha many years after the events depicted in the main body of the film.

Although the film received some critical support and is often described as Hodges's best film since Get Carter , [1] it did not get a full release in the UK and US. At the time, the production companies that distributed the film, Palace Films in the United Kingdom and Miramax in the United States, were suffering financially so the film only had a token release. It was shown at theatres overseas as well as at various film festivals. The film was finally released on videocassette on 9 January 1992 by Media Home Entertainment through Fox Video. In 2005, Trinity Home Entertainment released the film on DVD, but in full screen and without any bonus material. In the UK, Anchor Bay released the film in widescreen and also with a Mike Hodges commentary and snippets of the making of Black Rainbow with the cast and crew. In 2020 the film was restored and released on to Blu-ray by Arrow Video, with Hodges' earlier film The Terminal Man to follow as a Blu-ray release in 2021. [2]

Mike Hodges noted in an interview featured on the 2020 Arrow Video Blu-ray release of Black Rainbow his interest in what he terms "bilocation". [3] The writer-director says, "In other words, people are seen in two different places at the same time; that people can be transported lock, stock and barrel to another location." Hodges continues, saying "science is seemingly moving towards the fact that we’ve got parallel universes" and "the deeper we go into it, the more extraordinary it becomes. Life is like that. I think it’s full of all sorts of strange elements, which I love personally."

In his essay "Black Rainbow - A Modest Pot of Gold" on Top 10 Films, Mark Fraser states: "[Mike] Hodges makes sure things are never what they seem, interweaving a conventional plot with multiple suggestions of bilocation and supernatural intervention." When discussing Tom Hulce's performance as investigative journalist Gary Wallace he notes "he is the one person outside of Martha [Travis] most affected by the bilocation events infused throughout the story." The script also "touches upon a number of other themes affecting the human psyche, including religion, economic displacement, environmental degradation and messy family dynamics." [3]

Black Rainbow was shot between October and December 1988 in Charlotte, North Carolina. [4]

The year 2001 in film involved some significant events, including the first installments of the Harry Potter, Fast & Furious and Shrek franchises, and The Lord of the Rings and Ocean's trilogies. Significant non-English language films released included Monsoon Wedding, Amélie and Spirited Away. There was one movie, Harry Potter and the Philosopher's Stone, that passed over $1 billion in a re-release of 2020.

Audition is a 1999 Japanese horror film directed by Takashi Miike, based on the 1997 novel by Ryu Murakami. It is about a widower, Shigeharu Aoyama, whose son suggests that he should find a new wife. Aoyama agrees, and with a friend, stages a phony audition to meet a potential new partner in life. After interviewing several women, Aoyama becomes interested in Asami, who responds well to him, although as they date, her dark past affects their relationship.

Sleepaway Camp is a 1983 American slasher film written and directed by Robert Hiltzik, who also served as executive producer. It is the first film in the Sleepaway Camp film series, and tells the story of a young girl sent to a summer camp that becomes the site of a series of murders shortly after her arrival. It stars Felissa Rose, Katherine Kamhi, Paul DeAngelo, Mike Kellin, and Christopher Collet. 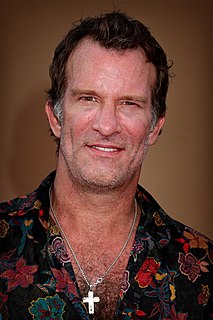 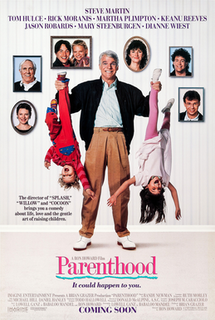 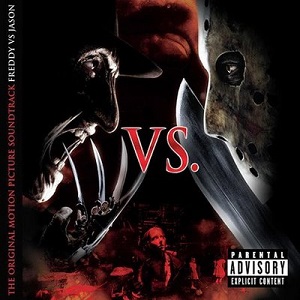 Freddy vs. Jason: The Original Motion Picture Soundtrack is the soundtrack to the 2003 film Freddy vs. Jason. It was released on August 12, 2003, by Roadrunner Records. The album features twenty tracks, fourteen of them previously unreleased by the bands in question.

Stranger in Our House is a 1978 American television horror film directed by Wes Craven and starring Linda Blair, Lee Purcell, Jeremy Slate, Jeff McCracken, and Jeff East. It is based on the 1976 novel Summer of Fear by Lois Duncan. The film premiered on NBC on October 31, 1978, and subsequently received theatrical releases in Europe under the title Summer of Fear.

Cohen and Tate is a 1989 American thriller film written and directed by Eric Red and starring Roy Scheider, Adam Baldwin and Harley Cross. It was Red's feature film debut. The film is considered as a cinematic version of O. Henry's short story "The Ransom of Red Chief".

Murders in the Rue Morgue is a 1971 American horror film directed by Gordon Hessler, starring Jason Robards, Christine Kaufmann, Herbert Lom, and Lilli Palmer. It is a loose adaptation of Edgar Allan Poe's 1841 short story of the same name, although it departs from the story in several significant aspects, at times more resembling Gaston Leroux's The Phantom of the Opera. In an interview on the film's DVD, Hessler said that he felt it necessary to reinvent the plot as he believed the majority of audiences were too familiar with Poe's story.

Batman: The Brave and the Bold is an American animated television series based in part on the DC Comics series The Brave and the Bold which features two or more superheroes coming together to solve a crime or foil a super villain. As the title suggests, the series focuses on Batman's regular "team-ups" with various heroes similar to the most well-known version of the original comic book series. This version has a much lighter and simpler, often comic feel, targeting younger viewers more than the character's other series. The series premiered on November 14, 2008, on Cartoon Network in the United States, and ended on November 18, 2011.

Disney's American Legends is a 2001 direct-to-video animated anthology film narrated by James Earl Jones. It is a compilation of four previously released animated musical shorts from Walt Disney Animation Studios based on American tall tales. The film features The Brave Engineer (1950), Paul Bunyan (1958), John Henry (2000), and The Legend of Johnny Appleseed which is a segment from the 1948 film Melody Time.

Pinecastle Records is a record label based in Piedmont, South Carolina specializing in supporting and developing bluegrass music artists.